The Bundesliga Is Back! German Football To Restart On May 16 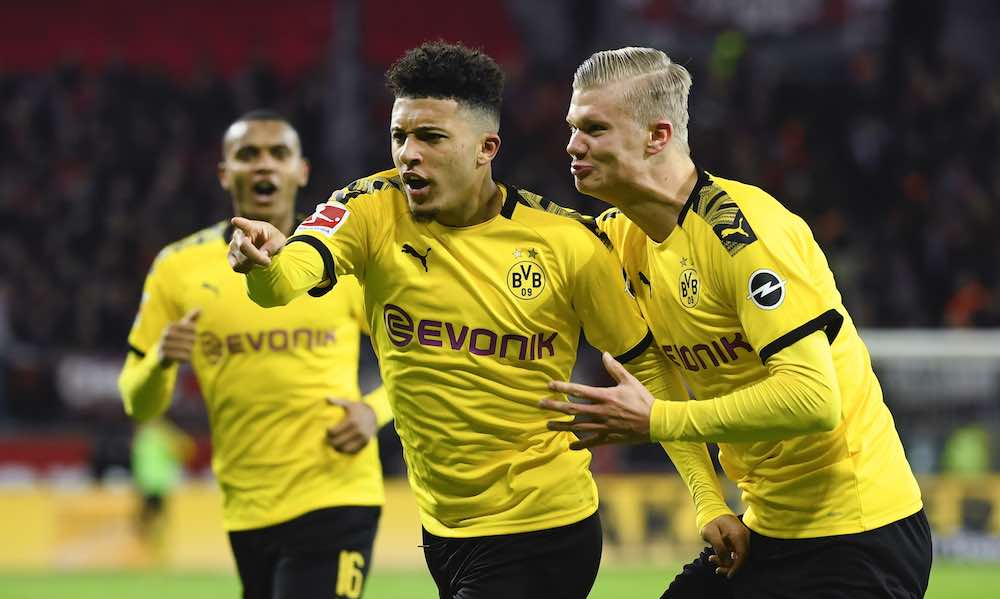 After being suspended for two months due to the COVID-19 outbreak, the German government made the decision on Wednesday to allow the Bundesliga to resume in the second half of May.

Speaking to reporters, German Chancellor Angela Merkel confirmed: “The Bundesliga will be able to resume operations soon,” in accordance with the proposals put forward by the DFL (German Football League).

It was then passed back to the DFL to confirm a specific date and, following a video conference, Saturday May 16th was agreed upon.

Games will be behind closed doors (known as Geisterspiele which translates literally into English as ghost games) as mass gatherings are currently banned until the end of August in Germany, along with a number of strict protocols.

Among the points in the proposals submitted by the DFL were:

Initially, it was seen as something of a formality that the DFL proposal would be approved, but events took a few turns over recent days.

It began with three members of the FC Köln staff (thought to be a physio and two players) testing positive for coronavirus.

Köln midfielder Birger Verstraete, whose girlfriend has a heart condition and therefore classed as vulnerable, gave an interview that voiced his concerns at returning. The club responded with an official statement, in an effort to diffuse matters, along with the player himself clarifying his position.

Opinion on a return is still very much divided in Germany, with ultra fan groups publicly voicing their opposition. Certainly, it’s a delicate situation and there were further developments to test the support any politicians had for football resuming.

On Monday, the DFL announced that 1,700 tests had been carried out across the 36 Bundesliga 1 and 2 clubs, resulting in 10 positive identifications. Understandably, this drew some concern from all quarters.

This came the same day that Hertha Berlin’s Salomon Kalou caused a stir with a video online of him flaunting social distancing measures, discussing wage cuts and infringing testing protocols. It resulted in Kalou being suspended, but only added to the unease.

A Bundesliga return at this stage was looking anything but a sure-fire thing. However, Germany’s health minister Jens Spahn still gave his public support for the DFL proposals and reports emerged on Tuesday that the government were likely to give it the go-ahead.

The official confirmation the following day doesn’t bring an end to matters. If Germany suffers a second wave of coronavirus and re-introduces its lockdown measures, then football will once again go with it.

This is an important point to be considered https://t.co/MSUlFKeFIl

Equally, should there be a high number of positive tests from players, it’s difficult to imagine the Bundesliga not being suspended again.

How the DFL and 36 Bundesliga clubs deal with things over the coming weeks will probably influence other leagues going forward.

German Football League boss Christian Seifert believes the concept for the Bundesliga restart can be a blueprint for other leagues and sports, and wants to share their knowledge with other associations. pic.twitter.com/Nvl0VLh0ce

And so, we can look forward to Bundesliga football again. Without the fans, it won’t be the same, but it will be football for a world-wide audience with little competition from other top leagues around the world.

The fans and the incredible atmosphere they generate are one of the Bundesliga’s biggest selling points, but from a commercial perspective, the Bundesliga will have a captive audience.

I know that is not something many fans will want to hear, but it is the financial reality facing many clubs and part of what is driving the game to return in its proposed format.

I cannot wait for fans to be back in stadiums, adding that special ingredient that makes our game so special. Sadly, that’s still unlikely for quite some time, so for now, I will reluctantly settle for Dortmund taking on Schalke in an empty Westfalenstadion as Spieltag 26 belatedly arrives.

Kick off times CET, one hour ahead of UK.

Loading...
Newer Post
Vincenzo Iaquinta: From World Cup Glory To An Altogether Different Story
Older Post
The 1999 Serie A Summer Transfer Market: The Wildest And Most Competitive Italy Has Seen