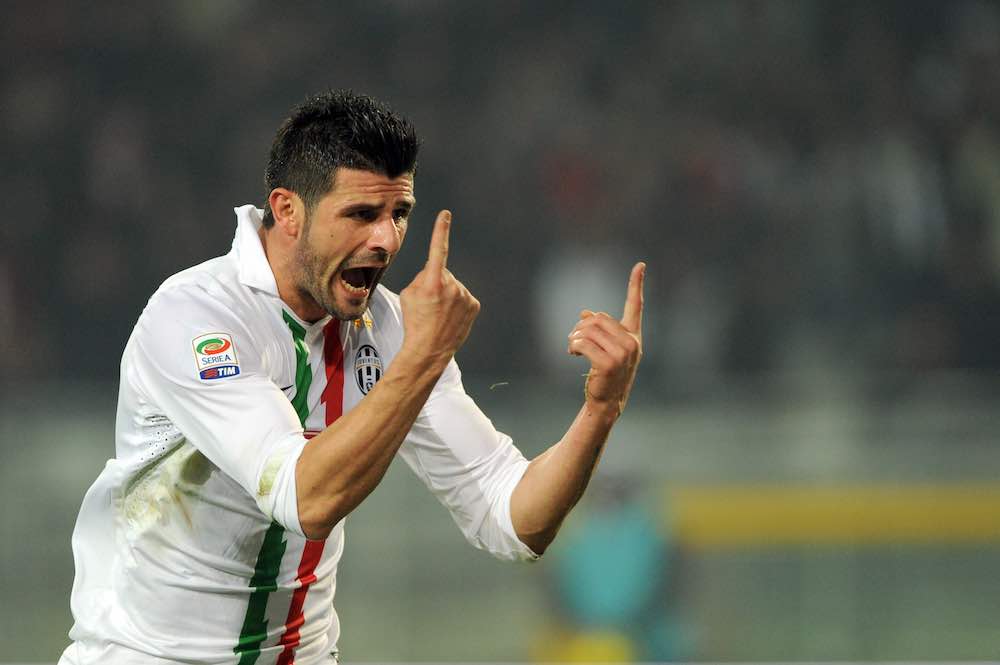 The date is June 12, 2006, minute 83 and Vincenzo Iaquinta has capitalised on a horrific error from Ghana central defender Samuel Kuffour to put Italy 2-0 up and secure the first win of what would become a near-flawless World Cup for Lippi’s men.

This moment, however, accompanied by the sheer elation of lifting the coveted cup in Berlin, would be the height and peak for Iaquinta’s career and possibly his life in general.

After that finish demonstrated the forward’s coolness and composure he was rewarded with five more appearances in the Azzurri’s seven outings at that tournament. Appearances against the USA and Australia were followed by meaningful cameos off the bench in the semi-final against hosts Germany, and in the final against France when he came on at the hour mark and played out the rest of the final.

Iaquinta had reached the pinnacle of football. Sure his club career may be less than colourful, and we will get to that soon, but the fact remains that the former Juventus, Cesena and Udinese striker has a World Cup winners medal in his cabinet — an accolade that evades 99% of the professional footballers. 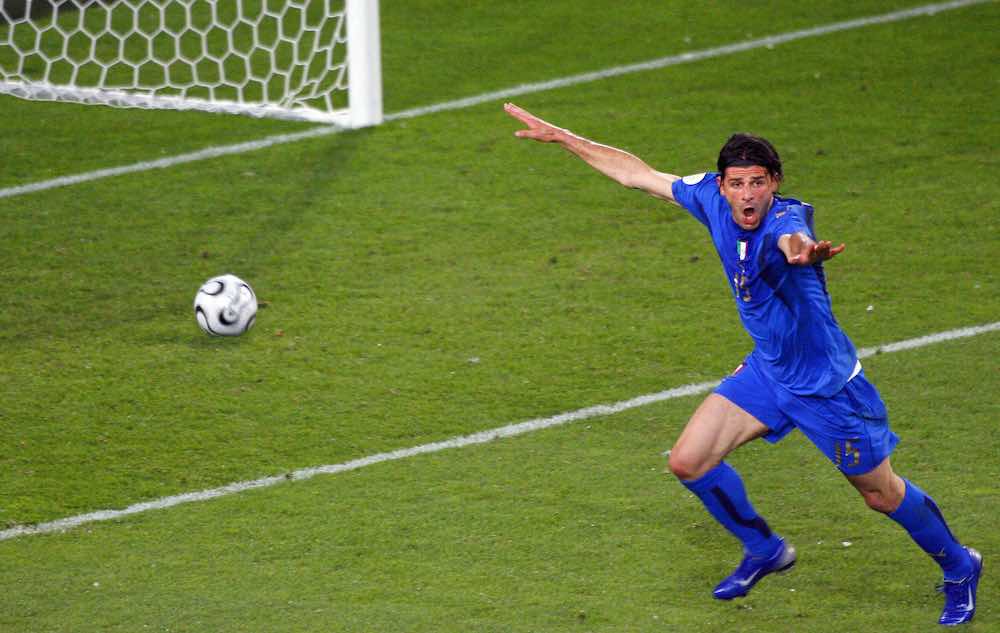 His international career was set to phase out after that, missing out on Roberto Donadoni’s squad for Euro 2008 through injury. Iaquinta would only stand-out once more in the Azzurri shirt, scoring a penalty in a disappointing 1-1 draw with New Zealand in the 2010 world cup, a tournament that is just as forgettable for Italians as 2006 is memorable.

Iaquinta played his final match for the national team in the side’s 3-2 defeat to Slovakia in the final group game which sent the reigning champs packing, and thus closed the door on a short but sweet international career for Iaquinta.

To say it went downhill from there for the classic No. 9, would be an understatement. However, it is important to acknowledge and analyse the club performances prior to and post Iaguinta’s elative world cup campaign.

The year 2000 saw Iaquinta sign for Udinese before breaking out during the 2002/03 season under manager Luciano Spalletti in which he made 28 appearances adding eight goals to his expanding domestic tally. Back-to-back qualifications for the UEFA Cup saw Il Friulani enjoy a rare successful period in Europe, and the best was yet to come for both the club and their striker.

Udinese then went on to enjoy their first season in Europe’s premier competition — the UEFA Champions League. After defeating Sporting Lisbon 4-2 on aggregate in the final qualifying round, the dream had become a reality, and Udinese were pitted in a very tough group alongside Panathinaikos, Werder Bremen, and eventual winners, Barcelona.

The first match of the campaign belonged to Iaquinta, and it was his defining game in club football. He stole the show for the home side by netting a hat-trick in their inaugural Champions League campaign with a 3-0 win over Panathinaikos.

Despite only just narrowly missing out on the round of 16, the tournament was considered an overall success by Udinese and skyrocketed Iaquinta into contention for a place in the national team. 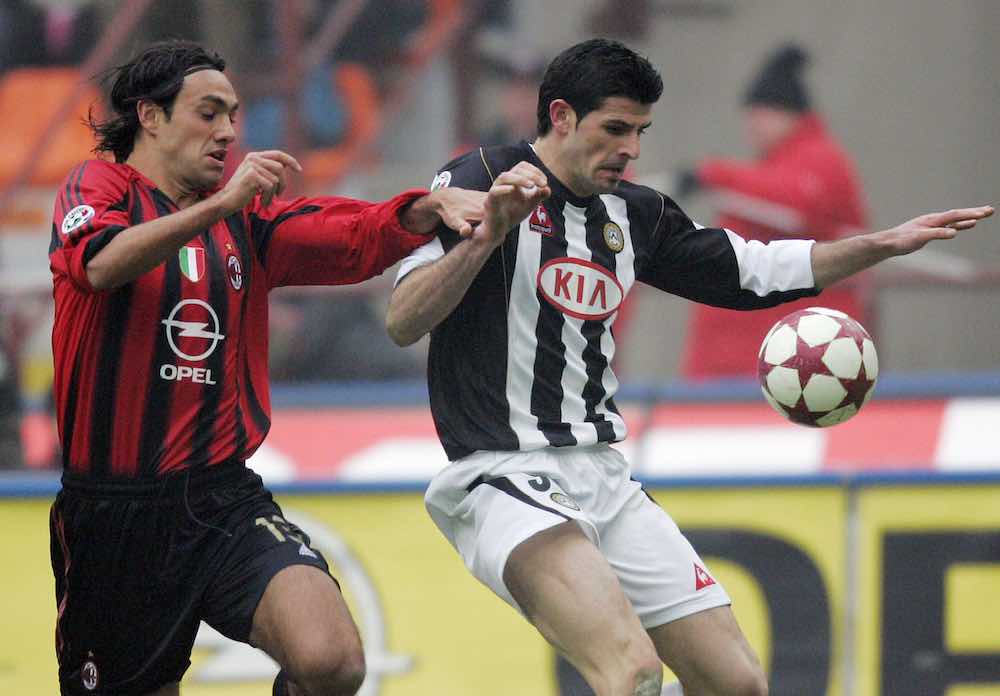 Still coasting on the high from Ghana, Germany, and the final, Iaquinta was signed by Juventus ahead of the 2007/08 season for €11.3m.

His debut season for the Bianconeri was a turbulent one in which he was used mostly as backup for first-choice strike pairing Alessandro Del Piero and David Trezeguet, appearing a total of 29 times scoring nine (often crucial) goals in the process.

Following that campaign, Juventus decided to bring in Brazilian striker Amauri. The move prompted Iaquinta to consider his career options, knowing full well that he was down the pecking order of strikers under manager Claudio Ranieri, but despite this, Iaquinta decided to stay on in Turin and pen a new four-year contract.

Going into that next season, he was Juve’s fourth-choice striker, but injuries to both Amauri and Trezeguet presented another opportunity, which he seized, most notably scoring against Chelsea during the second leg of their round of 16 battle in the Champions League.

Following this, Iaquinta picked up more regular minutes domestically in Serie A after a bust-up between Ranieiri and Trezeguet saw the Frenchman phased out. Iaquinta appearing 38 times for Juventus that season, adding another 16 goals to his impressive tally. 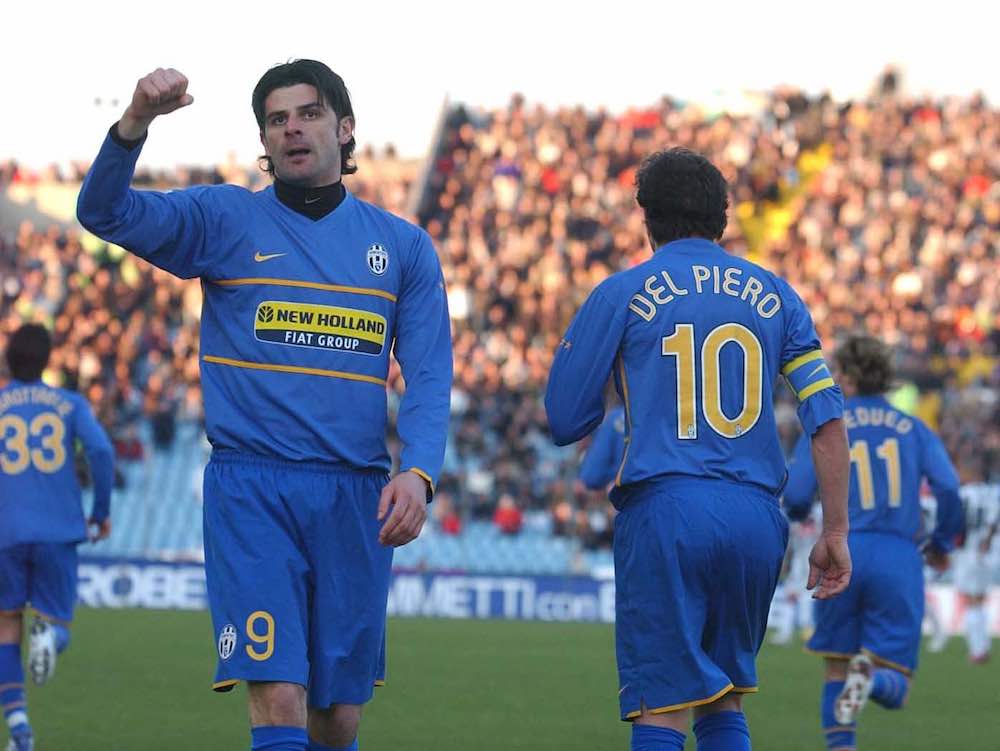 As the 2009/10 season commenced, and Ciro Ferrara took over as manager, Iaquinta found his minutes inflating once again, and it looked as though he would become an undroppable member of Ferrara’s starting XI. It wasn’t meant to be, however, as a thigh injury kept him sidelined for six months, effectively putting an end to his time in Turin.

As 2010/11 rolled around, Juventus reshuffled their forwards once again, selling Trezeguet and signing Fabio Quagliarella. The season was one to forget for Iaquinta as he only featured eight times, and only once in the second half of the season. Alessandro Matri arrived mid-season and was the preferred choice.

The official end of his time in the black and white came with the arrival of Antonio Conte. During the first half of the 2011/12 season, strikers Iaquinta, Amauri and Luca Toni did not feature for a single minute under Conte. It was the final straw for Iaquinta who became the first forward out of the door in January that season, ending a six-year stint with Juventus accumulating in which he scored 30 goals in 86 appearances.

On deadline day of the 2012 winter mercato [transfer window], Iaquinta departed Juve for Cesena on loan, grabbing an assist for Adrian Mutu on his debut against Lazio, before adding the next goal from the penalty spot.

Further injuries prevented him from making the real impact and Cesena were relegated from the top flight.

His return to Turin felt like a waste of time. He failed to register a single appearance for the reigning champions under Conte. As Juve collected their second consecutive title, Iaquinta announced his retirement following the end of his contract.

Iaquinta’s story on the pitch ends there, the most shocking part of the story has yet to begin. In 2018, at the age of 38, Iaquinta was found guilty by a court in Reggio Emilia following the largest investigation of mafia activity in the north of Italy.

Despite pleading innocence in the matter, Iaquinta was sentenced to two years behind bars for having held firearms on behalf of his father Giuseppe, who was consequently sentenced to serve 19 years in prison for Mafia association. The sentence was later suspended for three years.

Following the devastation of the sentencing, Iaquinta commented: “We don’t even know what ‘Ndrangheta means in our family. It’s ridiculous. They’ve ruined my life for nothing because I am Calabrian, because I’m from Cutro.

“I’m a world champion. I’m proud to be Calabrian. We’ve not done anything because we don’t have anything to do with ‘Ndrangheta. It’s killing me, for my family and my children, without having done anything. It’s a disgrace.”

At the conclusion of the sentence, the family’s lawyers stated they would appeal the sentence, while Iaquinta strongly protested his innocence.

A further 120 other defendants were also found guilty in the case, which was the biggest ever trial targeting the ‘Ndrangheta.

The conflicting career that has shaped itself around Iaquinta is a curious case that intrigues many Italian and global footballing fans to this day. From the highest possible point on the footballing mountain, to involvement in the underworld which he denies, one thing is for sure, Iaquinta definitely has a story to tell both on and off the pitch.