Game Of The Weekend? – 3 Takeaways From Köln vs Mainz 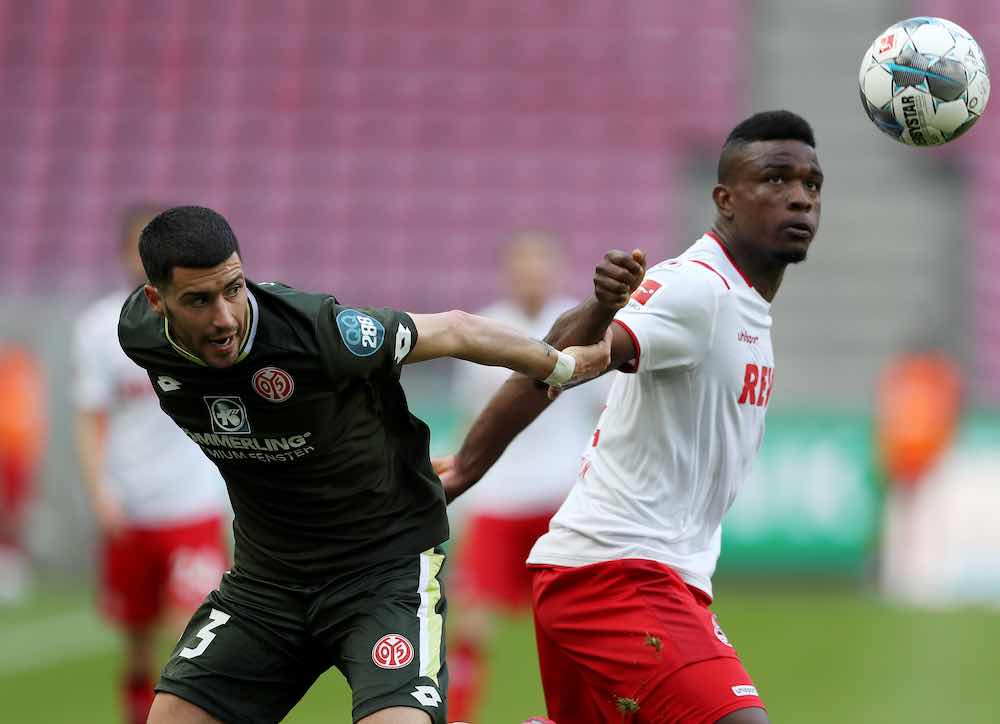 A valiant effort from Mainz 05 saw them secure a priceless point that moved them four points clear of the relegation scrap.

Their opponents, FC Köln, will rue the fact they were unable to hold on to a two-goal lead, letting two valuable points slip away in their quest to secure a Europa League place.

The two sides managed to produce a superb, entertaining match, which was arguably the pick of the bunch this weekend as the Bundesliga returned behind closed doors.

Köln have been one of the surprising teams on their return to the Bundesliga after being promoted from the second-tier at the end of last season. Markus Gisdol’s side have had a productive campaign this year, picking up 33 points from 26 matches.

Before their meeting with Mainz, they sat in tenth, and there was an opportunity to move up the table towards the Europa League spots. They will see it as an opportunity wasted, though, and now sit six points behind sixth-place Wolfsburg in the race for that final European spot.

With just under a half an hour remaining in this game, Köln were defending a two-goal lead and looked destined to leave with the full three points.

However, the relentless effort from the Mainz players, their positive attitude, and refusal to give up, rewarded them with two goals in the space of ten minutes.

Taiwo Awoniyi started the comeback having come off the bench five minutes earlier, converting a pass from Ridle Baku. 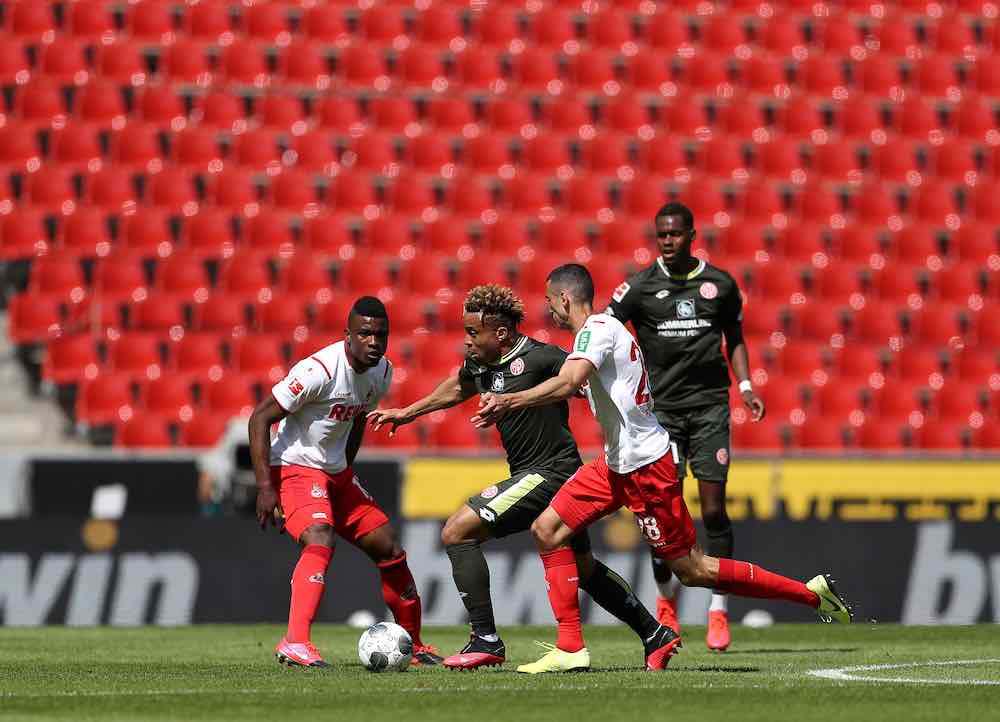 The Cameroonian midfielder drove past several defenders and showcased a cool finish to beat goalkeeper Timo Horn once through on goal. A beautiful run, which secured a much-needed point.

Still, though Achim Beierlorzer’s Mainz have been in the Bundesliga since 2009, they remain in a tough situation as the club looks to avoid dropping further down the table.

This past week, there was a concern that Jhon Córdoba would miss Köln’s game against Mainz through injury, but by the time of the game, he was fit enough to take his place up front.

While the forward put in plenty of effort, he failed to capitalize on his opportunities to help Köln regain the lead and deliver a win against his former club.

The Colombian showed great strength in attacking positions, regularly advancing into the box, but struggled to make the most of his chances. He was regularly dispossessed by the defence, losing the ball five times due to poor control or good defensive positioning by Mainz players.

In the second half, the 27-year-old had two great opportunities to help Köln regain the lead, one of which was headed agonizingly wide of the post following a cross from Kingsley Schindler.

While Córdoba leads the team with ten goals, he was unable to extend his tally. He finished the game with an xG of 0.92, the highest of any player on the pitch — evidence that he had the chances, but failed to convert.

Nonetheless, for someone who was expected to miss the match, he put in a good effort, but will definitely wish he could have some of those chances again.

Game Of The Weekend? 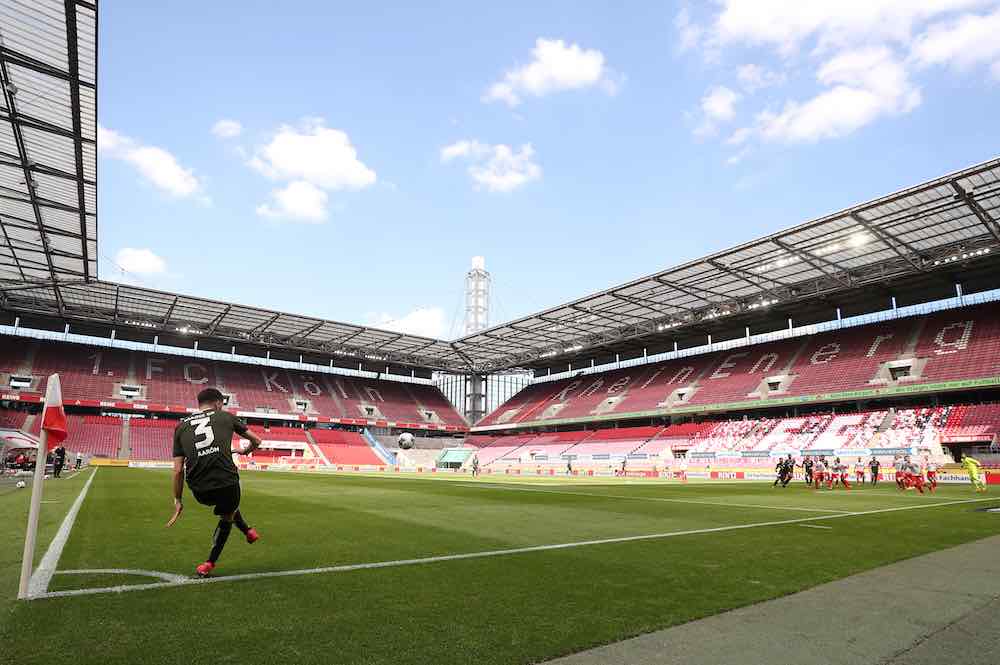 Before football was forced to take a break, each side was showing good form. Köln had won five of their last six Bundesliga matches with their only defeat coming against last season’s champions, Bayern Munich.

As for Mainz, before the break they lost just one of their last five in the Bundesliga, beating Paderborn and drawing with Düsseldorf, in their last two games.

While there were no fans in the seats, and this has given a different vibe to the game, it didn’t stop the players producing an entertaining game. Köln and Mainz delivered beyond expectations and gave fans watching from home some great entertainment on Sunday afternoon.

With little more than five minutes gone in the game, Mark Uth opened the scoring from the penalty spot for Köln and this was followed by a second for the home side, scored by from Florian Kainz early in the second half.

With just under a half an hour to play in the game, Köln perhaps got too comfortable, thinking the three points were in the bag.

Awoniyi and Kunde each converted their opportunities to help mount an impressive comeback for Mainz.

Between the posts, Horn and Florian Muller were each up to the test, holding down the fort and denying the opposition.

Ultimately, while the fans were not able to cheer for their clubs to give them that extra boost to victory, each club played their part in this game and provided an entertaining spectacle.