FIFA’s Safe Caribbean Home: ‘The Caribbean Is A Vote Farm For FIFA – They Don’t Care About Our Football’ 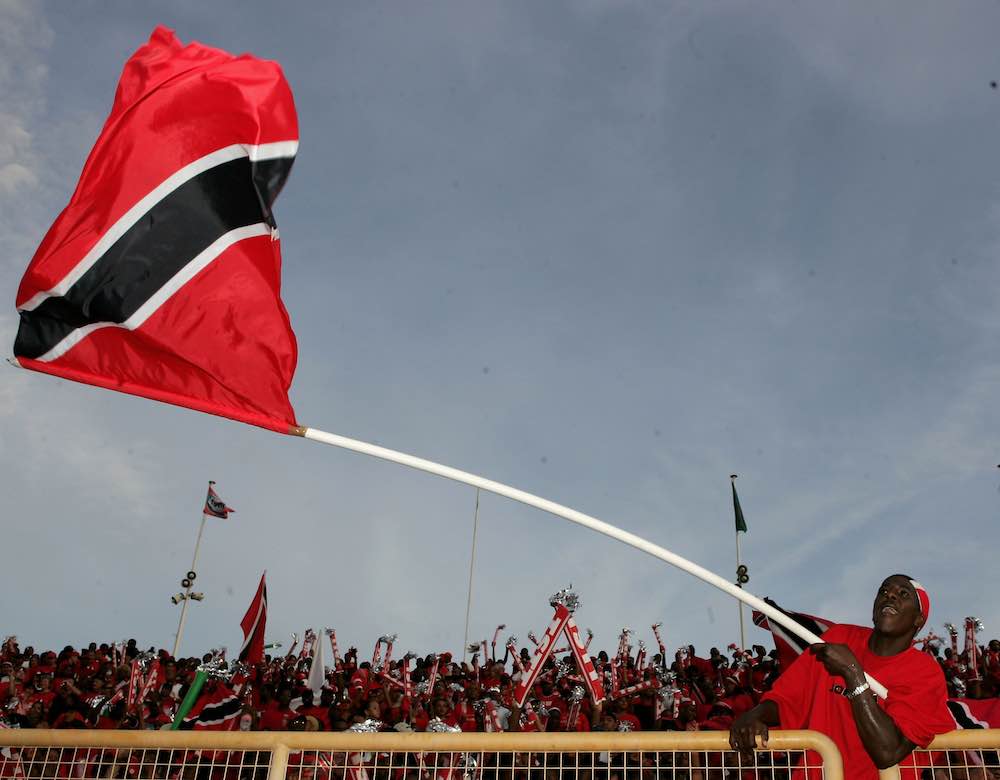 Following a fact-finding mission into the operations of the TTFA, just four months into Wallace’s term, FIFA announced their decision to impose a normalisation committee which would run the TTFA’S daily affairs.

“The mission found that extremely low overall financial management methods, combined with massive debt, have resulted in the TTFA facing a very real risk of insolvency and illiquidity,” said a FIFA statement.

“Such a situation is putting at risk the organisation and development of football in the country and corrective measures need to be applied urgently.”

One question directed towards FIFA following this action referred to their previous awareness of the TTFA’s financial woes, which have been public for many years. FIFA even froze the accounts of the previous administration, with David John-Williams as president, multiple times.

WFi‘s Louis Young spoke to Lasana Liburd who, along with other investigative journalists, co-authored the book Korruption im Sport which focused on the global phenomenon of corruption in sport.

Lasana is the founder and editor of Wired868 and has covered this story involving FIFA and the TTFA extensively. 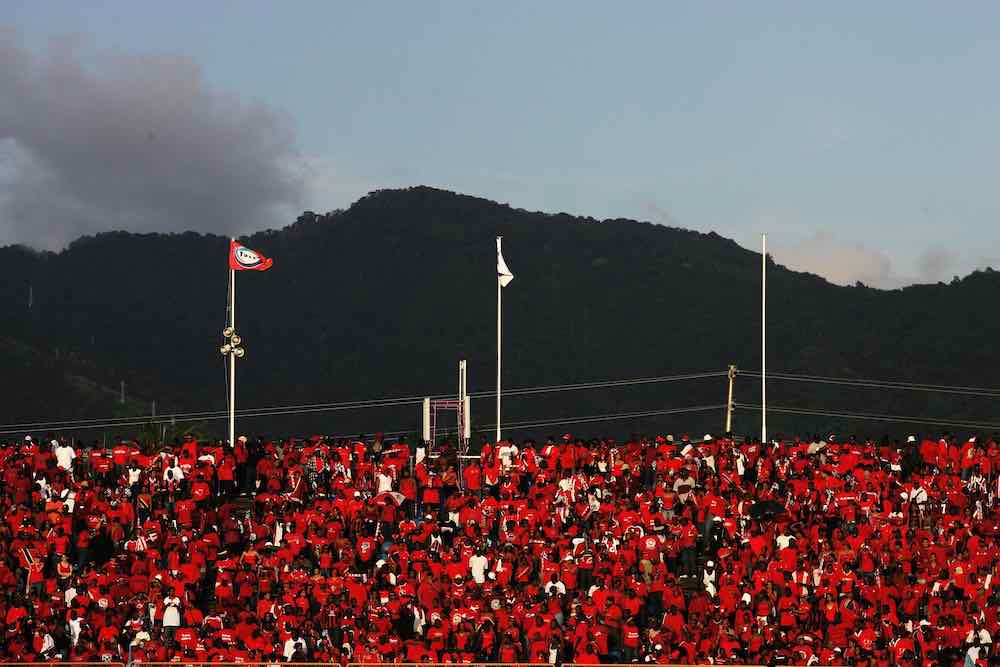 Louis Young: Seeing as the financial woes of the TTFA have been public for a long time, why has FIFA suddenly taken the action to suspend a newly elected committee and impose a normalisation committee?

Lasana Liburd: “That would be a good question for Gianni Infantino, and it is for the FIFA bureau to answer really.

“It is true that the TTFA’s financial issues are not new at all. However, it is also true that the financial state the TTFA are in, is three times worse now due to the last administration that was run by David John-Williams, who voted for Infantino in 2016.

“You would say that the financial situation and the handling of the finances has been worse in the last administration, as opposed to this one which is only three months old.”

LY: Infantino and John-Williams had a lot of support from one another and had a fairly amicable relationship, is that right?

LL: “Yes, the relationship for those two dates back to when John-Williams became the first person from the Caribbean to announce support for Infantino.

LY: Do you feel FIFA has not approached this situation with the intentions of improving the football of the country?

LL: “Well, in the years before John-Williams was elected, Trinidad and Tobago went to two Gold Cup quarterfinals.

“The women’s national team came within a play-off match, away against Ecuador in 2014, from getting to the Women’s World Cup.

“There is no yardstick you can use that football in Trinidad and Tobago has improved in any way when every national team has gone backwards.

“When John-Williams was elected, we were 52nd in the World FIFA rankings and when he left, we were 106th.

“The only team we beat in 2019 was Anguilla, the worst-ranked team in football. So when people say that FIFA has not shown an interest in the football here, you’d have to agree. On the basis of these things here that would be the case.”

LL: “Well if you look at the FIFA statutes, for a member association to be suspended or expelled they have to go through the entire membership, which is made up 210 FIFA member associates.

“Implementing a normalisation committee is effectively wiping out the board of a members association. Somehow the seven-person FIFA bureau can decide that themselves.

“To me this is a violation of the spirit of the FIFA constitution. The statutes mean that all 210 members should be involved in the suspension of a country’s membership. So why does this FIFA bureau have this right? The clause is extremely broad regarding stepping into a country’s membership, so it allows them to step in almost at will, as long as Infantino can get three people around the table that agree with him.

“This is something other member associations and the world of football should look at, because this is too much power for Infantino to have.” 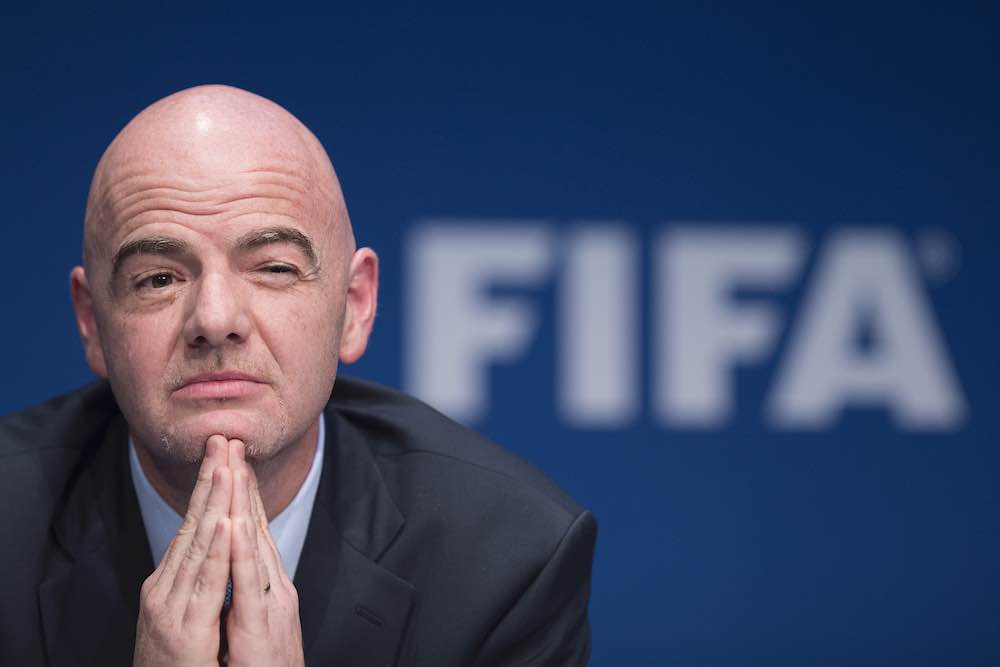 LY: From your perspective, and your own research on this topic, does the question become less about the financial operations of the TTFA, and more about the actions of Infantino? To what degree have Infantino’s actions in this situation crossed a line where it looks like a personal act against the TTFA?

LL: “CONCACAF has 35 member nations. That means 35 votes in FIFA. The Caribbean has 25 votes out of the 35 so we are by far the majority in CONCACAF.

“South America has less than half votes with only 10. The Caribbean itself has 25. Politically, we have seen the importance of the Caribbean to FIFA under Sepp Blatter, Joao Havelange, and so on.

“I believe that FIFA’s interest in the Caribbean is all that it has ever been. Votes. That is it. The Caribbean is a vote farm for FIFA and nothing more. They don’t care about football in the Caribbean, they never did. And certainly not under Infantino. That is why he would praise the work of a president of whose team is doing worse than it ever has in its history.

“I believe that when Infantino looks at the Caribbean, with a personal attachment one way or the other, I think that the relationship is strictly geopolitical. Votes.

“I think that the rest of the world looking at FIFA’s action here need to ask what exactly they want FIFA to be. We have seen FIFA’s image over the years and the cost of it.

“Do they want FIFA to treat a vital part in the world like Trinidad and Tobago like this, or do they want to focus on improving [the] sport?”

LY: Is part of the question regarding Infantino’s clear disrespect and lack of interest in progressing the football in the Caribbean, and specifically Trinidad and Tobago, related to the ‘Home of Football‘ FIFA wanted to build in Trinidad?

LL: “Well, the Home of Football is finished. It was Infantino who opened it. It is totally useless.

“It isn’t properly comforted or heated. It isn’t even properly insured. Infantino and [FIFA Vice-President Victor] Montagliani were posing on beds there, but right now it’s a sham and a joke.

“But going back to Infantino, as a journalist, I cannot be sanctioned for simply speaking my mind. When Blatter felt there was talk all over the world about the way he was able to run the body by giving large quantitates of money to member associations, that seemed like something that needed to be looked at.

“When Infantino was elected, he tripled the money that went to member associations without a clear oversight of what they did [with it]. I think this is most evident with Trinidad and Tobago, where the money has been spent, debt soared, but the team has not performed to the way they should. Yet he was happy with what was happening.

“I think one of the first things that Infantino did as president was close down the committee in charge of anti-racism. So in my personal view, there is a lot that Infantino needs to take account for in regards to his actions.

LY: William Wallace has spoken about going to the CAS. How successful do you think Trinidad and Tobago could be in their appeal to revoke the decision?

“Also, the FIFA statutes allow these far-reaching powers in the FIFA bureau to decide where a normalization committee goes. So I would say FIFA have the advantage, but it is certainly not impossible.

“Essentially, I don’t think Trinidad and Tobago can win this without the support of other member associations.

“Football does not belong to Infantino; it doesn’t belong to the seven people in the FIFA bureau, or the four people who voted against Trinidad and Tobago. It belongs to all member associations. And if people see this injustice in the same way as I do, then they need to go to Infantino and ask him what he is doing in the name of FIFA. Is this behaviour something the world wants to see continue?

“The least I would say is, let the 210 members decide whether Trinidad and Tobago’s election last November should stand or not.”

One significant conclusion to take from this situation is the power that has been displayed by FIFA, as well as the clear geopolitical investment Infantino has, specifically in the Caribbean region of CONCACAF.

As Lasana Liburd states, as long as Infantino can get three people around the table at the FIFA bureau to agree with him then, the FIFA statutes, as they are currently written, allow him to step into any member association he wants.

By implementing a normalization committee, FIFA have essentially signalled that they can remove an entire member association, manage their daily operations, and conduct new elections for them, without even consulting the 210 members.

We have to look at this action by Infantino and other member associations have to ask themselves; is Infantino the right man to clean up football?

Moreover, is this the sort of behaviour that we should just expect from the most powerful man in football governance?