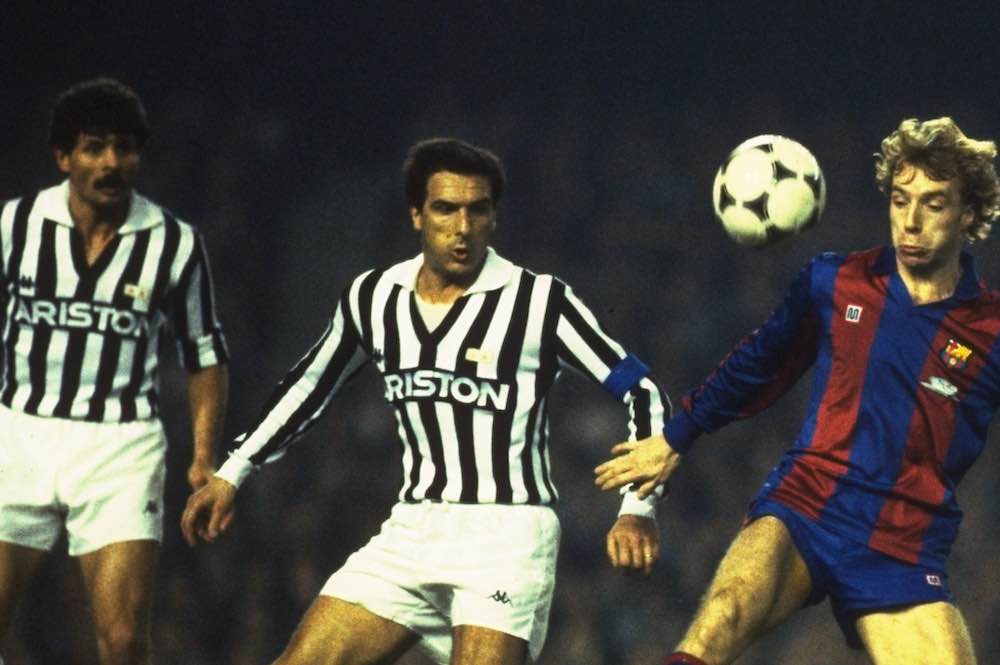 Calcio fans, let’s take a trip back in time…

The year is 1974 and Italian defender Gaetano Scirea is about to make his Serie A debut for Juventus. At this moment in time, not many would have realized the influence he would have on the club and young defenders worldwide.

Making his Bianconeri debut at only 21 years old, Scirea was about to become not only a Juve great but also, to this day, he is viewed as one of the greatest defenders of all time.

Known as the type of defender who used his brain instead of his body, he was able to win the ball by reading the build-up and elegantly intercepting the play.

Not only was he able to become an example for young defenders on how to defend, the Juventus icon also solidified himself as an Italy legend.

Minus his early days at Atalanta, Scirea essentially played his whole footballing career with Juventus, lasting 14 seasons until his retirement in 1988. He played nearly 400 Serie A matches, winning a plethora of trophies during his time.

He was a seven-time Serie A champion, two-time Italian cup winner, a European Cup winner with Juve in 1984 and much more. He was known for his classy defending, tactical intelligence and, most of all, his sportsmanship. The Italian impressively never received a red card in his career.

A smart and skilled defender that was able to lead his teams from the back, Scirea was also able to captain his beloved Bianconeri during his career, which, considering the history of Juventus, is quite the honour for any player.

He was also able to captain the Azzurri on the International stage, and that is arguably the biggest honour one player could ever receive. 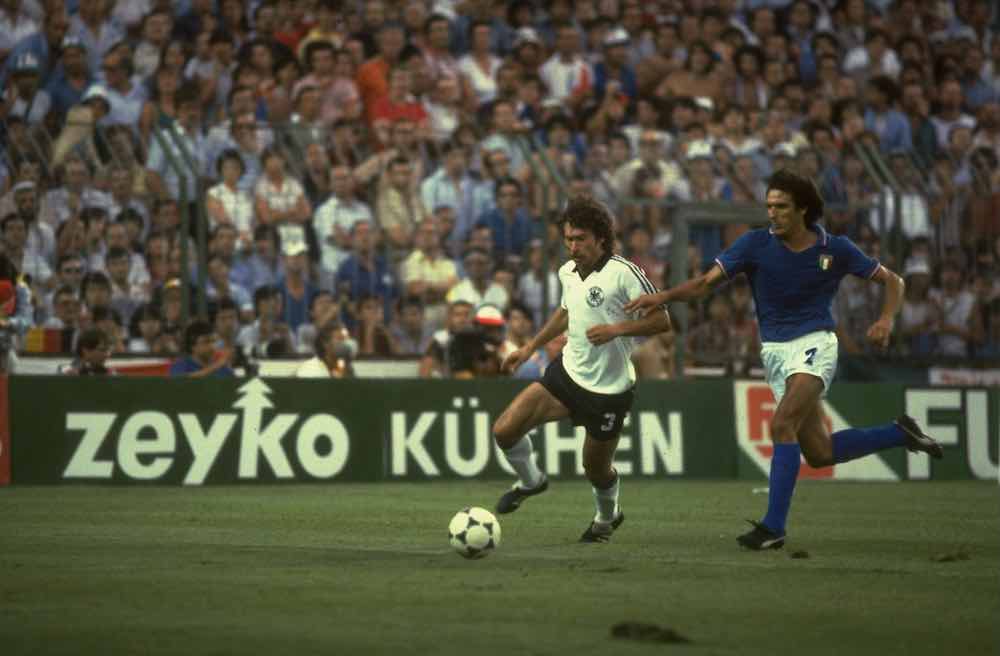 In 1975, aged just 22 years old, Scirea made his international debut for Italy under head coach and fellow Italy legend, Enzo Bearzot. Scirea went on to represent his nation 78 times throughout his career, even netting two goals, and did not receive one red card.

His first International tournament with Italy came at the 1978 World Cup where he played every minute in all seven of their matches.

His next World Cup, in 1982, is where he arguably made his most important contribution to the Azzurri. He and his teammates finished that tournament undefeated and ended up beating Germany in the final to claim world football’s most prestigious trophy.

Scirea played the full 90 minutes in all seven matches and even contributed an assist in the final. He went on to captain Italy on a few occasions before ending his international career in 1986, making way for other Italian greats like Franco Baresi and Ciro Ferrara.

Scirea racked up almost 400 Serie A matches with Juve, as well as 78 appearances with Italy which put him among the top 20 most capped Azzurri players. He also had leadership qualities to go along with his strong defending abilities. Furthermore, his intelligence and class not only earned him respect from his teammates and opponents but it also rightfully earned him respect off the pitch. 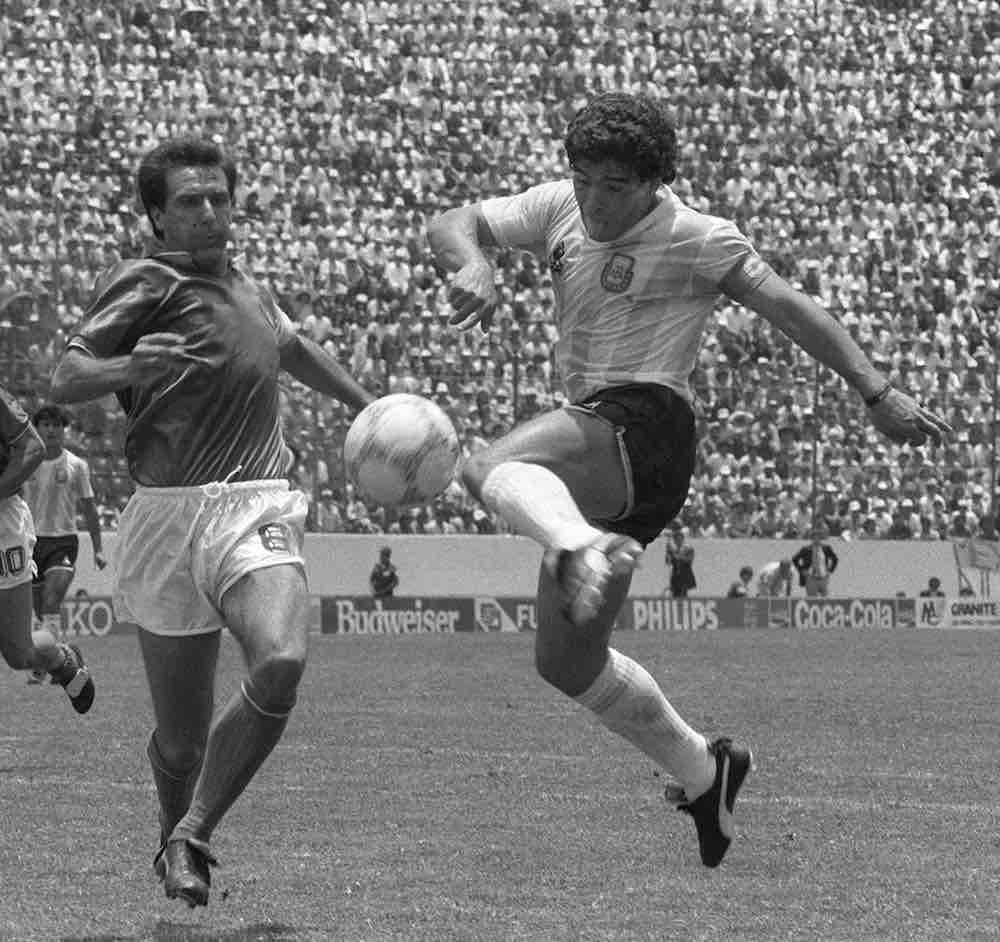 Former Juventus CEO and current Inter CEO Beppe Marotta once stated: “Scirea was a captain on and off the field, he had all values that served him well to become a leader in the eyes of his teammates. He also transmitted those values to his son, Riccardo.”

The sweeper was not only a respected player and leader on the pitch but also carried his professional attitude with him off it, sharing it with many people around him. Inter Milan legend Giuseppe Bergomi, who played against Scirea for many years but also lined up alongside him with the Azzurri, described him as: “loyal, intelligent and a man of values. An opponent unlike any other.”

Although they certainly had their battles against one another in the Derby d’Italia, they also won many battles together side by side, representing their nation.

It is evident Scirea was a role model both on and off the pitch not only to fellow Italians but also to supporters worldwide.

Juventus’ new young defender Matthijs De Ligt, who joined the club from Ajax last summer, made reference to the Bianconeri legend, claiming that, as a youngster, he fell in love with the way Italians defended, before going on to name many of his idols growing up, including the likes of Paolo Maldini, Franco Baresi, Alessandro Nesta, Fabio Cannavaro, and Scirea.

Juve’s leader and role model was sadly taken from us far too early. Scirea was involved in a fatal car accident in Poland in 1989 at just 36 years old. His tragic death will forever be remembered by Juventini, however, so will his incredible play and leadership throughout his time there.

He is still recognized as one of the greatest defenders in the world and one of only five players in European football history to have won all international trophies recognized by UEFA and FIFA.

Scirea will go down in Italian football history as a true legend.

Loading...
Newer Post
Scott Barrow On Recovering From A Career-Threatening Injury And An Important Spell At Macclesfield
Older Post
FIFA’s Safe Caribbean Home: ‘The Caribbean Is A Vote Farm For FIFA – They Don’t Care About Our Football’