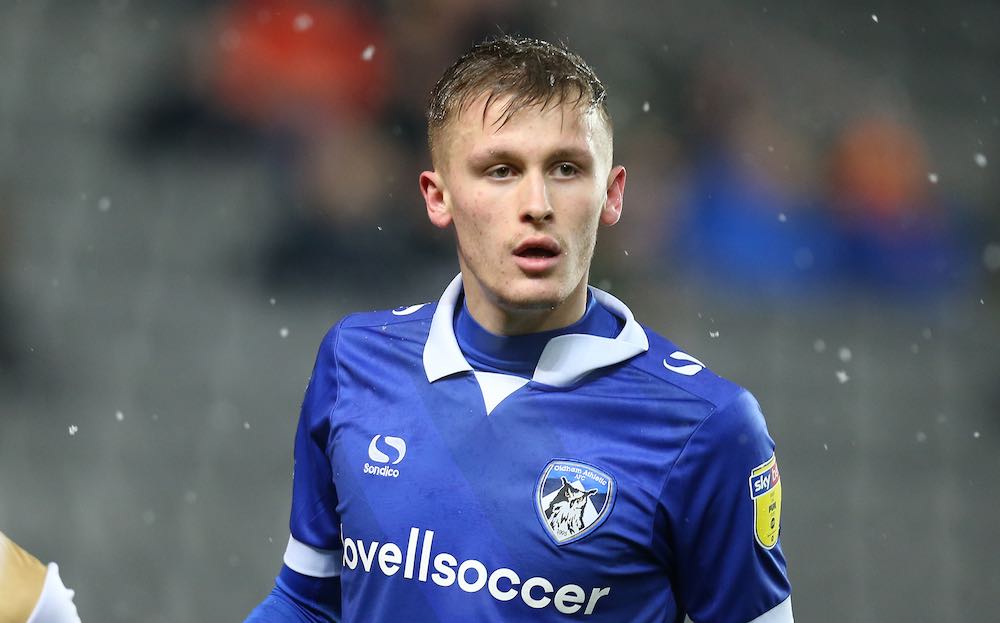 I currently play for Radcliffe Town Juniors, a team you started out with yourself. What do you remember from your time with the club?

“I was there when I was very young. My dad was the manager and I remember pretty much everyone I played with there.

“I had an older brother too who played for them and after all the games we used to go up to the Hare and Hounds after on a Saturday. I think we won all of our games we had a very good team!”

Who is the most intelligent footballing person you’ve ever met?

“I mean I’m going to have to say Paul Scholes when he was our manager just because it’s Paul Scholes!”

What is the biggest moment in your career?

Who is one striker/winger that you have a hard time against?

“[Harry] McKirdy who was at Carlisle, he’s a good player, and I remember Crawley had one of the best four forwards we have played this season.

“I also played against [Ahmed] Musa when we played Leicester in my first-team debut.”

What is your opinion on u23 teams in the Leasing.com trophy?

“I think it’s a good thing especially for those playing. It gives them an opportunity to showcase what they can do against first-team players.

“I know a lot of players who have been in the U23s and come to first teams and said it’s a lot better, playing in front of a lot more people.”

What is one thing you dislike about modern football?

“I don’t know to be honest. I don’t really dislike anything about the game. More things outside the game like racism, and negativity towards players.

“I think people forget sometimes they are just normal people.”

How were you scouted?

“I played for Bury Town, and then they sent their four best players to go on trial for the county team, but in the first trial game I got injured so came back for a game against Blackburn and got scouted after that.

“Apparently, though I wouldn’t have been chosen, it just happened to be because I got injured!”

Loading...
Newer Post
One Rising Star From Every MLS Team Right Now: Western Conference
Older Post
Scott Barrow On Recovering From A Career-Threatening Injury And An Important Spell At Macclesfield