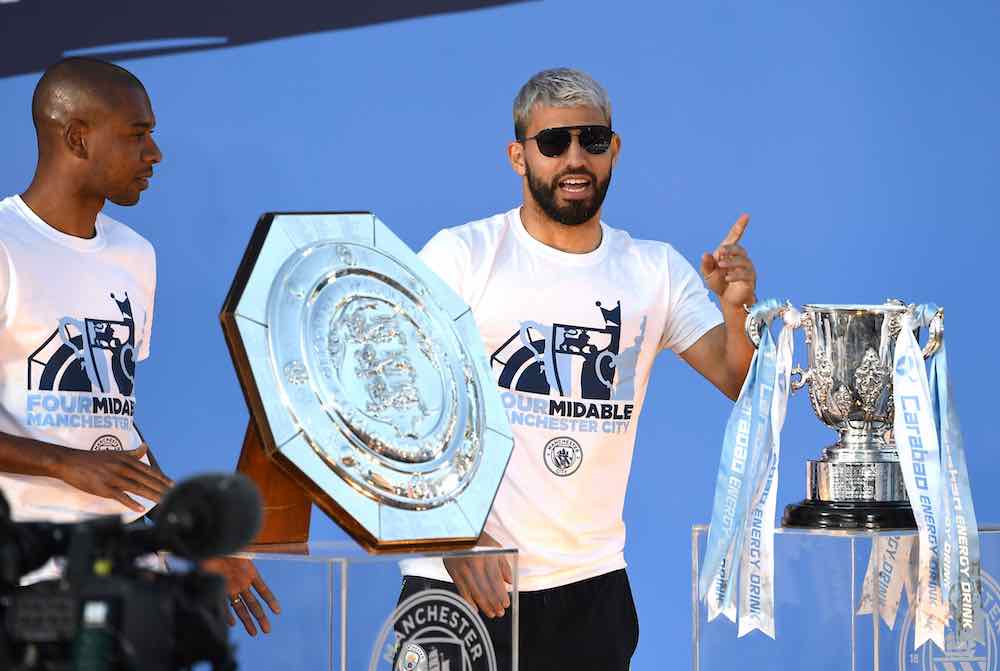 Manchester City has been home to many talented South Americans in the Premier League era, with a few of their club legends hailing from the continent.

Picking an XI made up of players from the South American nations is a tricky task, with strengths in some areas and glaring weaknesses in others, but Tom Caldwell gave it a go.

There were lots of choices between the posts with Ederson, Claudio Bravo and Willy Caballero the three. There was only going to be one winner, though.

Brazilian sweeper-keeper Ederson joined City from Benfica in 2017 and has made 99 appearances since then. Some say he is the most important player in Pep Guardiola’s system.

Another position with a couple of choices, but Zabaleta edges ahead of Maicon for this spot. The Argentine is a City legend in the eyes of many.

He scored one of the less famous goals in City’s iconic 3-2 victory against Queens Park Rangers which won the the club’s first-ever Premier League title, putting him in the hearts of any City fan.

One of the players in the list who is still at City. Otamendi is like Marmite to the Blues faithful. He can be loved for his eccentric nature but it’s also the thing that brings him down when he dives into tackles. ‘The General’ has racked up 131 appearances for City since 2015.

Although not a natural centre-back, Fernandinho has done a job there. He’s another potential City legend, if he’s not one already, who has been with the club since 2013, playing 217 times. It is hard to remember a game in which he hasn’t played well. A true servant to the club who simply could not be left out of this 11.

Another player who isn’t in his natural position but Danilo is the best option for this position. He spent two underwhelming years at City playing 34 times, scoring four goals. He slotted in at right-back, left-back, and sometimes in midfield, and was a useful utility option for City. A memorable moment of his was his incredible strike at Turf Moor.

Another player who wasn’t brilliant at City. Fernando joined from Porto for about £12m in 2014. He wasn’t outstanding at City but still makes our XI.

Another benefactor of the lack of midfield options for this team, Zuculini spent barely any time at City and played no games for the senior team, bar a Community Shield appearance. He did cause some excitement when he was signed, but fans were left disappointedly in the end due to a lack of first-team opportunities for the Argentine.

The Brazilian was another player who never fully reached his potential at City, but was a very talented footballer who could’ve been brilliant on his day. The former Real Madrid and AC Milan player played 41 games for City scoring 14 times.

Another current City player who is also playing out of position in this theoretical 11. Jesus is a very talented player who City fans are all hoping reaches his potential.

He joined the club from Palmeiras in 2017 after setting the Brazilian Serie A alight the previous season. He has had underrated success at City, scoring every 76 minutes.

A City cult hero makes the list, known for his incredible ability to strike a freekick in moments of pressure, which is the main reason why City fans really fell in love with him. One especially memorable freekick was an absolutely incredible strike against Newcastle. Elano was brilliant.

There was no way Aguero wasn’t going to make this team. City’s top scorer and, in the eyes of some, City’s greatest ever player.

The moment City knew he was going to be a hero was the famous 3-2 title-clinching comeback against QPR. Aguero broke City’s goals record against Napoli in the Champions League with a clinical finish past the keeper. He will be in City fans’ hearts forever.