Ansu Fati Steps Up For Barcelona Alongside Lionel Messi 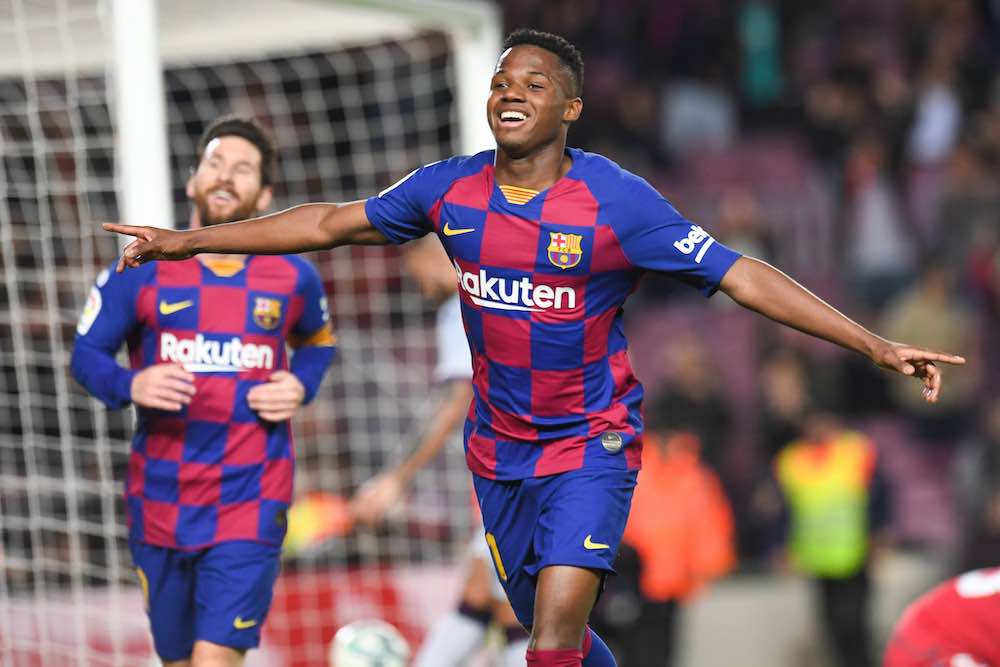 Ansu Fati put in another encouraging performance alongside Lionel Messi for Barcelona, as the race for top-spot in La Liga begins to heat up.

Barca, the league leaders, and Real Madrid are separated by five points, with Los Blancos still to play against Valencia on Thursday night.

Barca are starting to find good form since La Liga’s return, winning two in a row. Against Leganés on Tuesday night, they earned a 2-0 win over a side who proved to be a more difficult opponent than they might have imagined.

Some early mistakes from the home side paved the way for Leganes to almost take an early lead. The visitors had an early chance on the counter-attack which led to Clement Lenglet clearing the ball off the line.

The home side looked more vulnerable in the early stages. Aside from holding an advantage in possession (75%-25%), they failed to generate any opportunities.

Leganes’ deep defensive line made it hard for Barcelona to find rhythm in their play. Rubén Pérez did a great job of sustaining pressure on the Barca forwards and limiting their chances. The midfielder finished the match with five interceptions and four tackles.

One player in particular who continues to struggle with Barcelona this season is Antoine Griezmann. In his first year with the club he has scored eight goals in 27 La Liga matches and is trending towards the worst season of his career in terms of goal return.

The forward has been inconsistent in converting his chances and an unfortunate disallowed goal didn’t help his cause. Griezmann, who on arriving at the club was known to be a true goalscorer, has failed to live to expectations this season.

His manager, Quique Setién, had a different view on his performance and was quick to come to his defence.

“It’s not easy for him to play inside, instead of centrally,” said the Barcelona boss.

“With so many players to accommodate, it is difficult. Griezmann has done a good job tonight. He scored a goal which was ruled out, and he’ll be important for us in the coming weeks.”

A more positive introduction to the team has been that of 17-year-old Fati, who has shown good form this season. In his 735 minutes of league football, he has scored five goals and registered one assist, close to what Griezmann has produced in 2,285 minutes.

Although each player can play different positions across the front line, Fati has made a case this season that he is the most deserving of a place in the starting lineup.

Near half time, the forward gave Barcelona a much-needed boost. In certain moments, they looked out of position and struggled to make passes into the goal area and send any shots on net.

The play that started off with a brilliant pass from Messi, before Fati received the ball from Júnior Firpo and released a beautiful shot.

Aside from scoring the winning goal, he finished with four successful dribbles and 33 passes with a passing accuracy of 91%. Although he was subbed off at the 53rd minute, his speed, skill, and quick movement allowed him to make a difference in this match.

Messi stepped up again late in the game, beating several would-be defenders with his great footwork and balance before being blocked off in the area. The referee awarded a penalty which Messi himself converted.