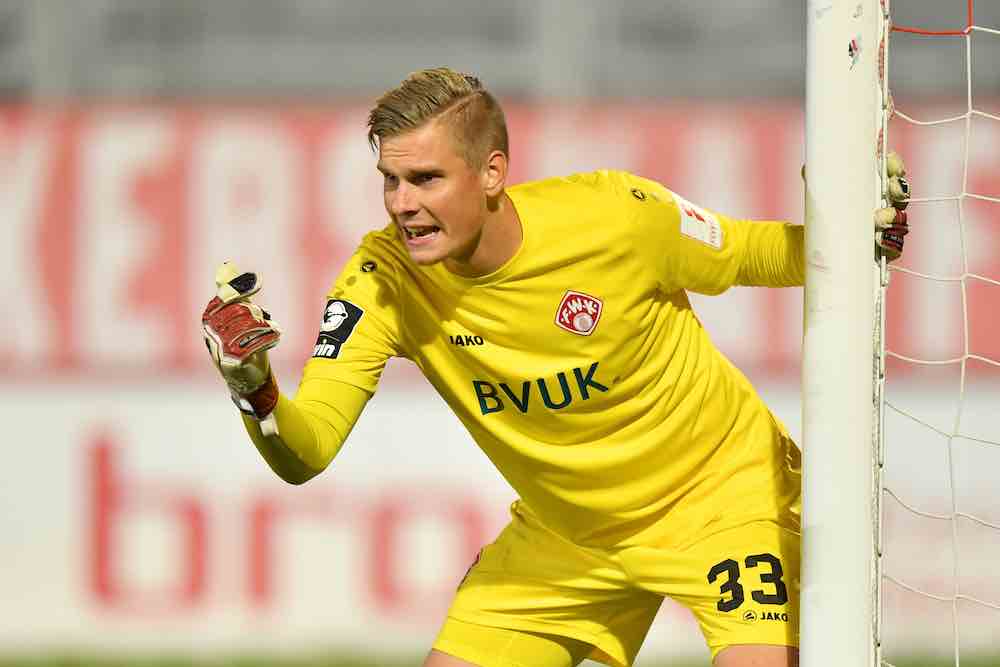 James Rowe spoke to Würzburger Kickers’ Dutch goalkeeper Eric Verstappen for WFi. They discussed his current club, his time at VVV Venlo, playing alongside some great players, and the goalkeeping coaches who have helped his career development.

You signed for Würzburger Kickers in 2019. How are you enjoying your time there and how would you describe the club?

“I am really enjoying my time at Würzburger Kickers and I have been made to feel at home by my teammates and the backroom staff.

“Würzburger Kickers have been playing professional football in Germany for the last six years. Würzburger is also a great city where you have all you could wish for.

“The only thing that I would say that could be improved is our training ground. We currently train at an amateur team complex and we rent a pitch to train on. The club are looking to build a training facility within the city and that can be difficult to find a location and it takes time to build the complex.

“It is a little bit of a disadvantage at the moment but other than that we are really well looked after as players and things are well arranged at the club.”

You came through the youth setup at VVV-Venlo and you went on to be involved in the first-team squad. How do you look back on your time there?

“VVV-Venlo is a special club for me and Venlo is my city. I was born in a village next to the city. From a very young age I was a fan of the club and I am still am.

“I had a season ticket for the club and I started out in the youth teams and I remained at the club until the age of 15 when I moved to the PSV Eindhoven youth academy.It was a dream to be part of the VVV-Venlo youth academy.

“After moving on to spend four years in the PSV Eindhoven academy I moved backed to VVV-Venlo for two seasons and was part of the first-team squad before transferring to De Graafschap. To play for the club that you support is very special and I look back on my time at the club with fond memories.”

You have represented the Netherlands at youth level in different age categories. How do you look back on representing your country and do you have any special memories or highlights?

“It was an unbelievable experience to represent the Netherlands and a dream come true. I have particularly fond memories of the under 17 World Cup in Mexico and it was great to be part of it.

“You are always proud as a player when you can represent your country and wear the shirt of the Dutch national team even at youth level.

“It was fantastic to play alongside such great players. It is often if you are out of sight at youth team level that it is difficult to come back.” 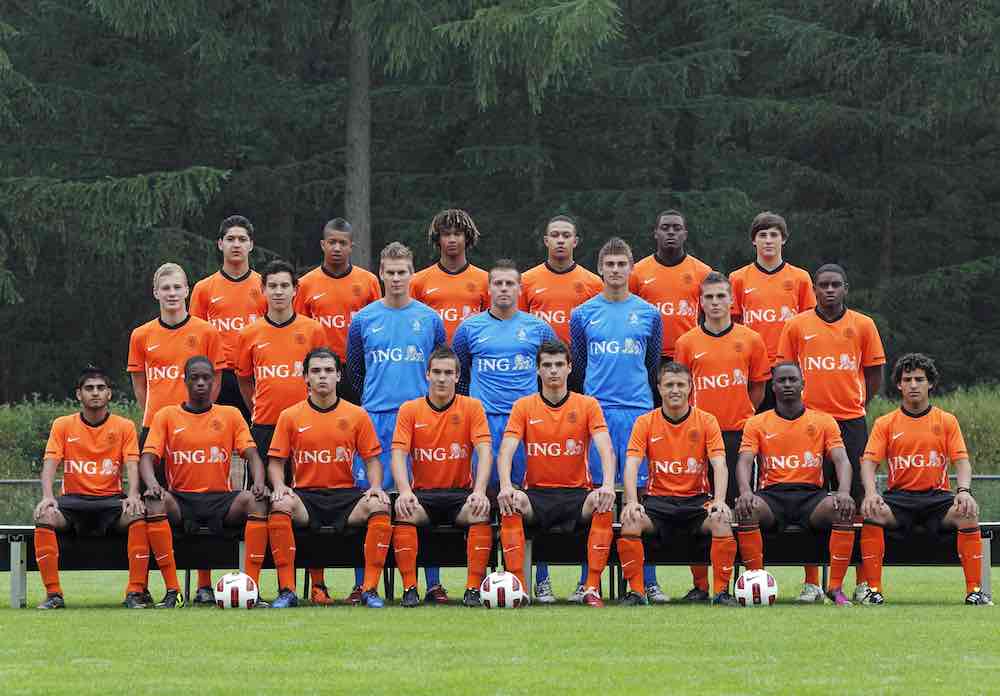 You have experience at club level in the Netherlands and Germany as well as youth international football. Could you say who are among the best players you have played alongside so far in your career?

“It was also unbelievable how well he would play in games even at youth level.

“I have also played with other great players such as Karim Rekik, Jetro Willems, Terence Kongolo, Tony Vilhena, and Jean-Paul Boëtius. Zakaria Labyad was also a very good player. It was very special to play alongside such players.

“Niki Mäenpää at VVV Venlo was also a very good goalkeeper and it was great to train alongside him.”

I can imagine in your position as a goalkeeper that you have come up against many difficult opponents through the years. Are there any that stand out for you in terms of talent and ability?

“I remember playing a youth team match for PSV Eindhoven at the training complex ‘De Herdgang’ in Eindhoven against Sporting CP in a Next Generation Series game, and that was a very tough test.

“I remember playing against Germany at youth level and coming up against Emre Can who was even at that age a superb player where he would do things that would make you think wow!

“The best match that I ever played with VVV Venlo was a pre-season friendly against FC Porto at a training camp in Venray (Limburg) and that FC Porto team featured the likes of Ricardo Quaresma, Jackson Martinez, and Cristian Tello. It was very difficult to play against such quality players and we ended up losing 6-1.”

Finally, Eric, could you say who are the managers and coaches that have played a key role in your development as a professional footballer?

“I must say that in that respect I must mention more the goalkeeper trainers because managers are always more reluctant about goalkeepers, and they will always ask the opinion of their goalkeeping coach for an insight into how the player is performing.

“Hans Seegers at the academy in PSV Eindhoven would often train in English was as he played in England during his career at Wimbledon and Tottenham Hotspur. He would sometimes take part in training matches too.

“Edwin Susebeek at De Graafschap also helped me to develop as a goalkeeper, and also in a personal way and I am grateful to him.

“My first season at Eintract Braunschweig was tough and I learned a lot from Alex Kunze he really helped to improve the technique of his players.”