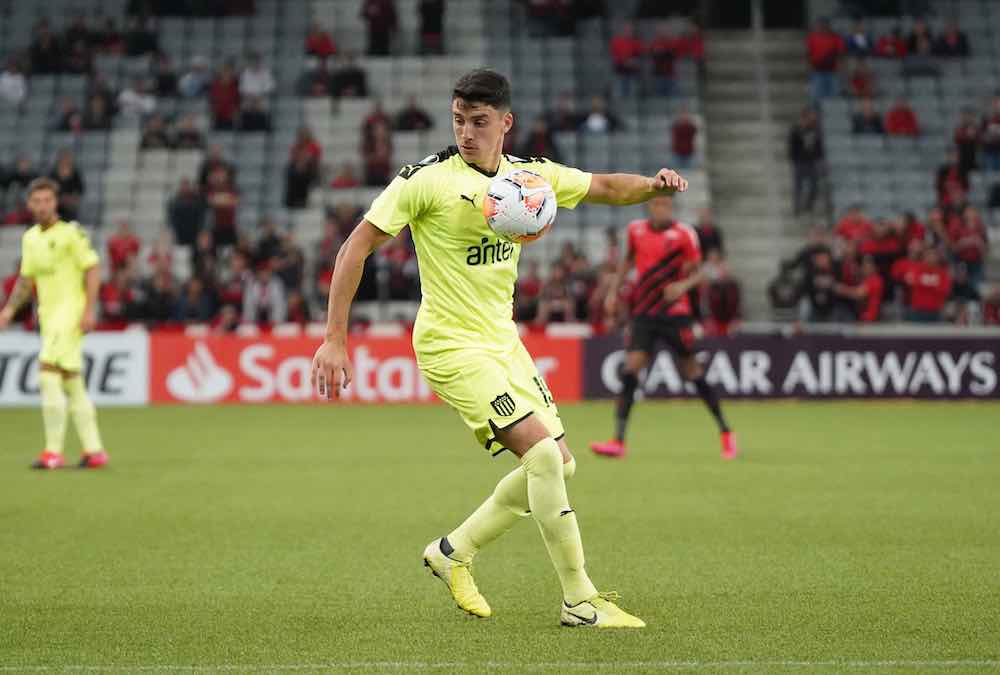 Uruguay is the most successful nation in South American football. Every young child growing up in the country wants to become a professional footballer.

Uruguay U23 International, Joaquin Piqurez, was no different. Growing up in Montevideo — the country’s capital and home to 34 member clubs of the Uruguayan FA — Piqurez impressed from an early age, and was offered the chance to join Defensor Sporting’s youth ranks.

“I had a long passage through the youth ranks of Defensor Sporting,” Piqurez told WFi.

“I had more than 10 years at the club where I learned a lot about soccer, especially adapting to being in a football environment.

“Each year that passed I had a different technical director, so the teachings are multiple; from learning how to make a good pass to be multifunctional.”

After going through several years in the youth ranks, Piqurez made his debut for the Defensor first team aged just 18. Following his debut, he frequently made appearances allowing him to slowly adjust to the demands of professional first-team football.

“Without a doubt, the change is very radical,” he says. “It has no comparison with competing in youth tournaments against rivals of the same age and experience.

“In the beginning, it was quite difficult for me to adapt since there were many experienced players, but then with the course of practices and matches, I could adapt to the changes.” 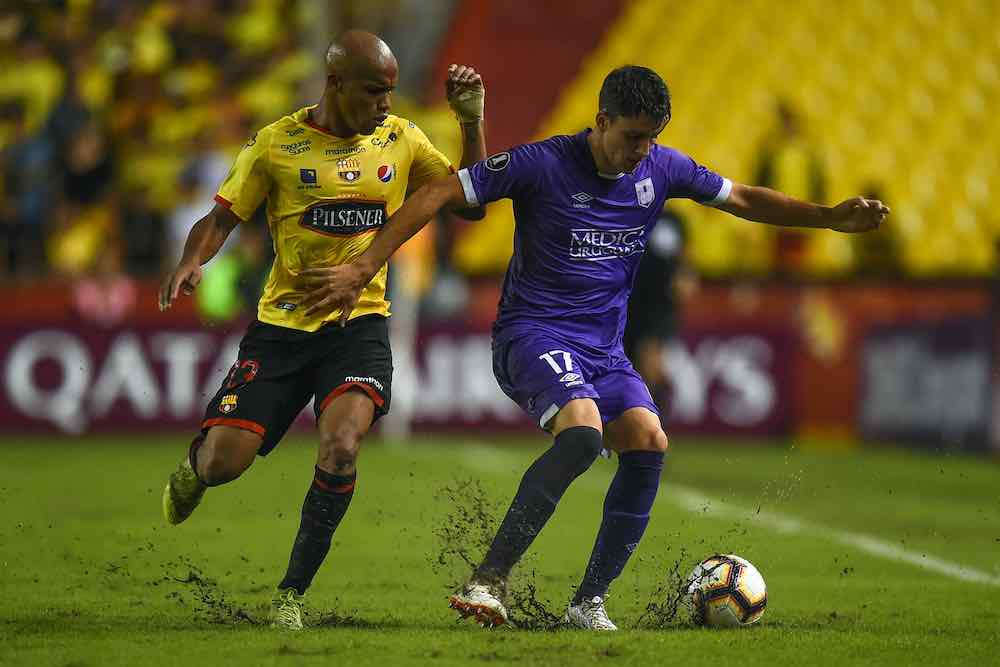 After slowly adapting to the professional game, Piqurez, settled into the Defensor first-team nicely, playing a part in helping the club qualify for the Copa Libertadores qualifiers in 2018.

Piqurez played in all six matches of Defensor’s qualifying campaign as they saw off Bolivian side Bolivar and Ecuadorian side Barcelona SC, before eventually losing to Atlético Mineiro of Brazil.

Despite falling at the final hurdle in their quest to make the group stages, the young left midfielder certainly gained plenty from playing in South America’s greatest club competition.

“It was always a dream to play in the Libertadores and more like my debut in this competition,” he added. “It was in 2019, beating Bolivar 4-2 at high altitude, which was a great feat for us.

“I was mentally and physically prepared for this competition, but without a doubt that the level of demand is much higher than domestic competition, and if you are not prepared you will not reach the height of the matches.

“The difference from domestic football is very large, I think it’s based almost entirely on the intensity of the matches, Uruguayan soccer is much more cutting and slow, in Libertadores it is 90 minutes at high intensity.

“What I most learned from playing the cup was the experience that leaves me on a personal level, and also knowing that in order to compete internationally you have to be very well trained.”

A change in manager at Defensor saw Piquerez in and out of the team, something that doesn’t do a young developing player any good. Piquerez opted to join fellow Uruguayan side, River Plate, who instantly gave him the idea they wanted him to play a key role in the team.

“My passage through Defensor was very long, and I would describe it as a passage that had ups and downs,” he said.

“It took me more than a year to earn the title, after that I kept four years as a starter until I was promoted to the first division.

“With the change of the technical director, I had to leave Defensor.

“Without getting minutes at Defensor, together with my family and my agent, we decided to step aside and look for a team where I can play, and River manager Jorge Fosatti said he wanted to count on me.”

It was just the confidence booster he needed. Knowing Fosatti trusted him benefited not only the player himself but also benefited River.

In the 2019 season, he helped the club reach the Torneo Intermedio final where they lost, unfortunately, on penalties to Liverpool. In the aggregate table, River finished seventh ensuring qualification for the 2020 Copa Sudamericana.

Piquerez’s performances at River earned him a call up to Uruguay’s U23 squad for the Olympic qualifiers.

“When they call you to represent your country, is the best thing that can happen to you as a footballer,” he said.

“I generate a lot of pride and happiness because if they call you for the team it is because you are on the right path.

“Representing your country leaves you with a terrific experience, but what stands out most from having represented a nation is the sense of belonging that the shirt generates for you and the respect that rivals have for Uruguay and its history.

“The Olympics are very important Uruguay is recognized for having two Olympic medals. And the Olympics is listed as one of the most important tournaments in the world in terms of sports, so the value of winning an Olympiad is very high.” 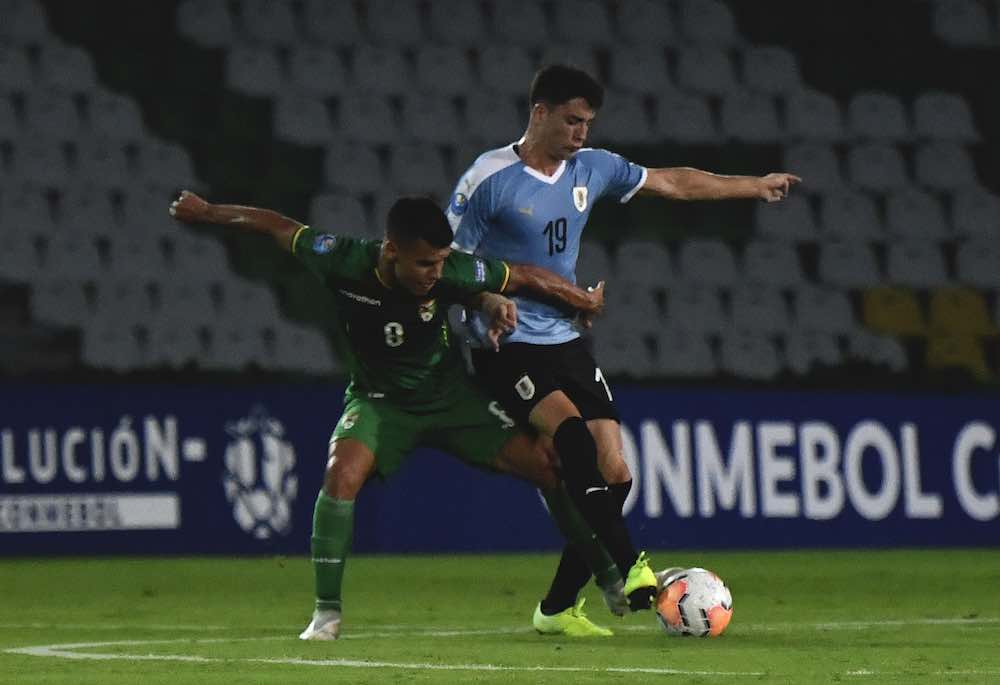 Victories over Paraguay and Peru in the first stage was enough for Uruguay to finish in second place, allowing them to advance to the final stage.  In the final stage, Uruguay narrowly missed out finishing third just one point off second-placed Brazil.

Piqurez played a major part in helping Uruguay narrowly miss out on qualification, playing in all but one game of the tournament. In the final match against Colombia, he provided two assists for his teammates as they ran out 3-1 winners.

“In the qualifying rounds, we grew better and better,” he adds. “We had very little preparation time, and that played against us in the first stage, but we managed to qualify.

Just before the start of the Olympic tournament, Piquerez was snapped up by Peñarol, one of Uruguay’s most successful and biggest clubs.

This came as a result of his solid performances for River, prompting Peñarol to make him one of their own.

Due to Covid-19 and the Olympic qualifiers, he hasn’t had much time to settle in at his new club, but hasn’t let this affect him.

“Happiness and pride was the first thing that happened to me when I knew I was going to sign for Peñarol,” he said. “It really is a dream to be playing in the club of which I am a fan and all my family loves.

“My arrival in Peñarol was atypical, due to the fact that I arrived a week before the season begins due to being in the Olympic qualifying rounds. Regardless of that, the group adapted very quickly and made me feel part of the squad, which allowed me to feel like one more player on the team and not a new one.

“Peñarol is a big club in Uruguay and is forced to always win the local championship and [in continental competition] to be able to have a good tournament, pass the group phase and dream of winning the Libertadores.

“In the short term, I want to win a title with Peñarol and then be able to move to Europe and be able to be in the main squad of the team.”