Rogelio Funes Mori: Half A Decade As Monterrey’s Go-To Striker 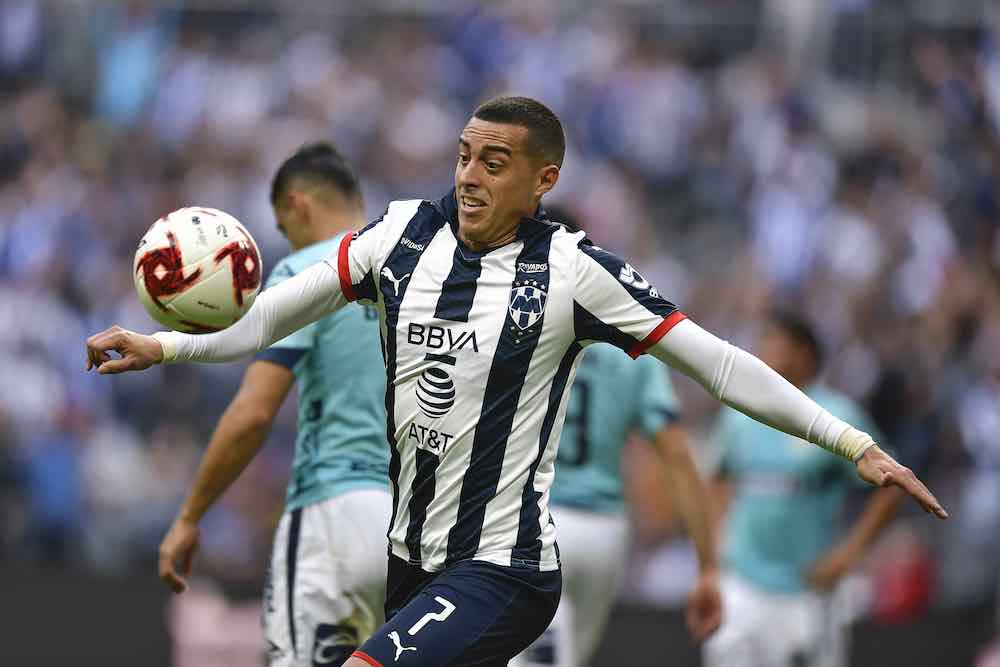 Five years ago, CF Monterrey made a transfer that would bring one of the better players in the club’s history.

Unable to find a place with the SL Benfica senior squad and scoring only 14 goals over 36 appearances with Eskişehirspor in Turkey, Rogelio Funes Mori headed to Mexico.

There wasn’t a lot of excitement for the arrival of El Mellizo; it seemed as though most had a wait and see approach. However, the Argentina international striker would make a good first impression.

During the 2015-2016 season, which was his first with Rayados, Funes Mori would score 25 goals (14 in the Apertura and 11 in the Clausura). Right off the bat, he was showing that he was a quality striker for Monterrey.

Funes Mori would follow up with 25, 19, 20, and 18 goalscoring campaigns during these five years with the club. It has led to the 29-year-old averaging 21.4 goals per season and scoring 107 goals in 205 appearances.

The Monterrey striker wasn’t only racking up easy goals for the Mexican club. He scored some in jaw-dropping fashion, whether it’s the chilena goal against Santos Laguna or a taquito-style goal against Tigres UNAL, Funes Mori had flare to his scoring.

He now brings his league-leading goal tally to six. pic.twitter.com/U2cbKh0ByS

As a result, El Mellizo sits in second place when it comes to Monterrey’s all-time goal scorers with Chilean Humberto Suazo sitting first with 121 goals.

If health and his form remain intact, Funes Mori should be able to score the 15 goals to surpass Suazo and become the club’s all-time leading goal scorer.

Despite all the goals that Funes Mori racked up in his five seasons with Monterrey, many were critical for him not scoring at essential times.

The club has reached two Liguilla finals against CF Pachuca and Tigres, respectively, during the Argentina international’s time with Rayados, but Funes Mori didn’t register a single goal.

Furthermore, during the CONCACAF Champions League final versus Tigres, Funes Mori also failed to score a goal. The lack of goals in big matches led to Monterrey bringing in competition when they bought Vincent Janssen from Tottenham Hotspur last summer.

At first, it didn’t seem that Funes Mori had much to worry about as he scored ten goals in 18 matches, but a muscle injury left him sidelined for the quarter-finals of the Liguilla.

That’s when Janssen began heating the competition at the striker position as he was the star over the two fixtures versus Santos.

The Dutchman then followed that performance with another great game in the first leg at home against Club Necaxa. However, once Funes Mori was fit, El Mellizo took over the reins at striker once again.

It was a move that some supporters were sceptical of, but after Janssen had injured his leg, it was Funes Mori’s moment to reclaim the supporters’ confidence.

During that return leg match versus Necaxa in Aguascalientes, Funes Mori would head in a goal that clinched Monterrey’s spot in the Liguilla final. It served as a precursor of things to come last December.

For the first four seasons with Monterrey, supporters were hoping that Funes Mori would show up in significant matches but were disappointed. Nonetheless, the 2019 Apertura season would finally be different.

There were three matches in which the 29-year-old would finally show up for the club when they needed him. The first was at the 2019 FIFA Club World Cup against Liverpool.

Liverpool scored the first goal of the match courtesy of Naby Keïta, but two minutes later, it was Funes Mori beating Alisson Becker, which not only tied the game but represented his 100th goal with Monterrey.

It was a goal that had Rayados supporters believing in the impossible, a potential win over the current European champions.

However, it didn’t materialize, but it was something to build off of, especially for Funes Mori.

The 29-year-old was quiet for 90 minutes during the first leg of the Liguilla final against Club America, but in stoppage time, he would score a bicycle kick to give Monterrey a 2-1 lead.

Afterwards, Funes Mori would go on to admit to the media that it was an excellent way to get the monkey off his back for not scoring in previous finals.

“Without a doubt, it is one of the most beautiful, luckily I am scoring goals, which is the important thing. I had to get a little bit out of that curse of not being able to score in the finals,” said Funes Mori.

Funes Mori would also score in the return leg at the Estadio Azteca. With Monterrey down 3-2 on aggregate, Dorlan Pabón would find the Argentina international to tie the score, with Rayados winning the league trophy via a penalty shootout.

When Monterrey needed a goal in that final against Club America, Funes Mori was finally there to answer the call. Although he lacked goals in important matches, there was still some love for El Mellizo from the fanbase.

Nonetheless, his run towards the end of December last year added to his legacy. One that will continue as Funes Mori marches towards becoming the all-time leading goal scorer in Monterrey’s history.

Chris Smith: Atlanta United: How Frank de Boer Plans To Cope Without Josef Martinez During MLS is Back