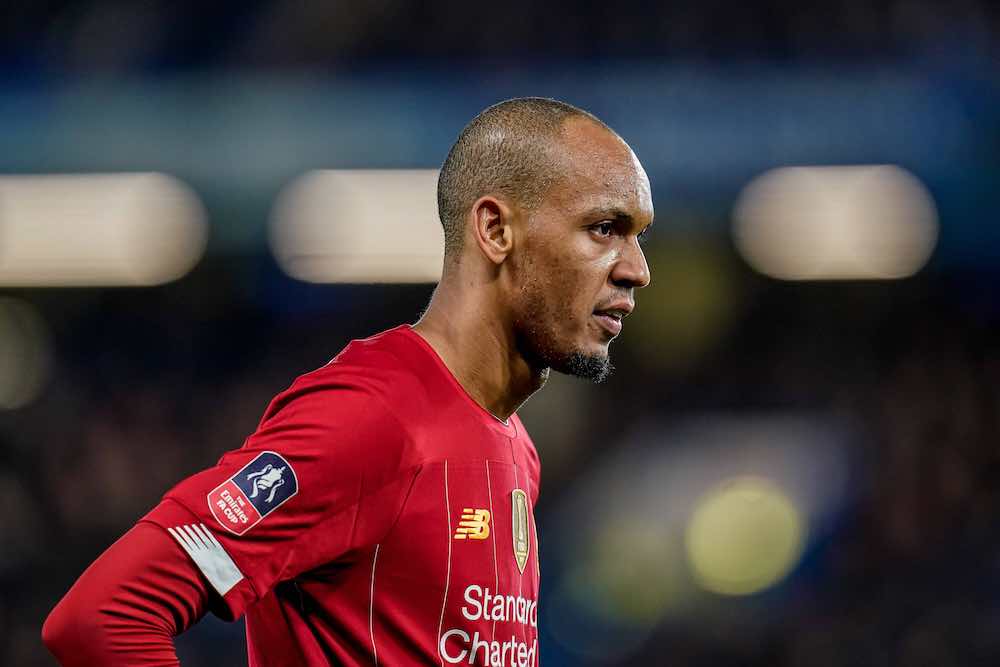 Liverpool enjoyed a rampant 4-0 victory over Crystal Palace on Wednesday, in the process putting them just two points away from title glory, ending 30 years without a league title. It was a performance which manager Jurgen Klopp described as a “wonderful result and a wonderful game”.

Every single player — bar Alisson, who had barely anything to do — put in a performance of the highest order, but one player really stood out, Fabinho.

Fabinho, having picked up an injury earlier on in the season against Napoli, struggled to get back into the swing of things on his return and looked way off the pace.

However, the unexpected break has been a blessing in disguise for the Brazilian. Having shown glimpses of being back to top form at Everton on Sunday, he moved up a gear on Wednesday by putting in a dominant display, showing he’s back to his brilliant best.

Fabinho’s defensive work was immense. Any time a Palace player broke forward, Fabinho got himself in the correct position to immediately win possession back, providing great support for defenders Joe Gomez and Virgil van Dijk.

In the 90 minutes, he made three interceptions and more tackles (6) than any other player on the pitch. Fabinho was the main reason why Liverpool didn’t allow their opponents a single touch in their own box – the first time this has happened since records began in 2008.

It wasn’t just on the defensive side where Fabinho impressed but also when Liverpool had the ball — he was a catalyst. Throughout the game, he enjoyed a pass completion rate of 98% — the highest of any player on the pitch — finding his teammates on 92 occasions from various positions on the field.

Fabinho is back to his best.

He also bagged a (stunning) goal and (delightful) assist.

Early into the second half, Fabinho got himself on the scoresheet in a similar fashion to his thunderbolt goal against Manchester City in November. The Brazilian picked the ball up following a pass from Andy Robertson around 30 yards from goal, he took a couple of touches to set himself, suddenly unleashing a cannonball straight past a hopeless Wayne Hennessey. Thankfully, there was a net there to stop the ball otherwise it would be still travelling now.

The only downside to the goal was there weren’t any fans to erupt in the famous Kop End to one of the goals of the season. Not only that, but you can also be sure it would have been a boisterous night throughout anyway, as Klopp agrees.

“The boys played like everyone was in the stadium. They pushed themselves and the atmosphere on the pitch was incredible. Today was for sure the best counter-pressing game I saw behind closed doors!”

Fabinho, to put it in simple terms, was a machine and rightly took the Man of the Match award for his efforts. It was a performance befitting of a champion.