What Can Toronto FC Fans Expect From Alejandro Pozuelo When MLS Is Back? 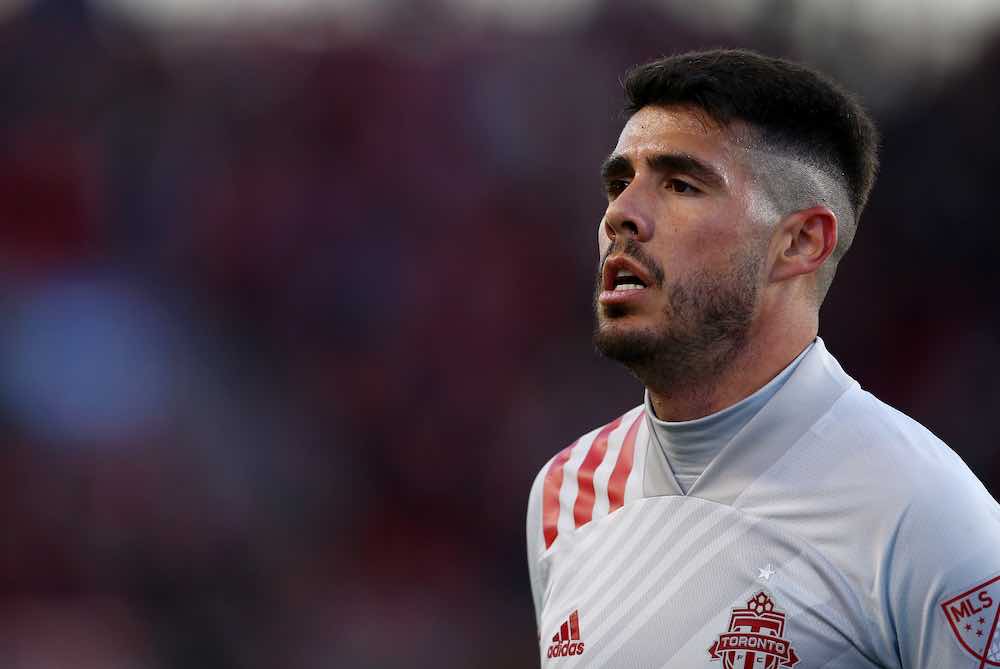 Before the start of the 2019 Major League Soccer season, Toronto FC had a vacant spot in their roster that needed to be filled.

Sebastian Giovinco was sold in January of 2019 to Saudi Arabian club, Al Hilal. In his four years with Toronto, the Italian had many achievements and brought success to the club, helping TFC advance to two MLS Cup finals, win their first MLS Cup, three Canadian Championships, two Trillium Cups and one Supporters’ Shield.

Giovinco gave TFC a reliable option in their line-up each game — something which was lacking upon his arrival with the club. With their star player departing and no longer in their line-up, it opened up a Designated Player spot, yet more importantly, raised the question of who would replace Giovinco?

On March 4, 2019, Alejandro Pozuelo signed with Toronto FC as a DP and was going to be the replacement for Giovinco and Victor Vazquez in the creative midfield role.

Canada international forward Jonathan David had encouraging words about Pozuelo after playing against him in the Belgian First Division A with KAA Gent.

“For me, a very good player,” David said of Pozuelo. “Very technical, creative and this guy can score goals, create goals when he wants.

“I think it’s something very exciting for TFC because he’s going to bring a lot to the team, in my opinion.”

The forward’s debut against New York City FC couldn’t have gone any better — the midfielder assisted the opening goal by teammate Jozy Altidore and later scored two himself. An exciting night for the Spaniard as he displayed great form and technique and created many chances throughout the match. He was an effective player and made others much better around him on the field.

Upon his arrival at the club, he brought a wealth of experience which he gained over the years. He started his playing career in Betis and followed up with Swansea City, Rayo Vallecano and Genk. He was most successful with Genk, scoring 17 goals in 106 league appearances and wore the captain’s armband for the club.

When Pozuelo was introduced as a TFC player, club general manager Ali Curtis explained about the midfielder’s approach of the team coming first.

“One of the first meetings I had with Alejandro, I asked him about what he felt his strengths were as a player,” he said. “He didn’t want to get into the specifics of the strengths and weaknesses of his game, but he feels that his most valued attribute is the fact that he’s there for the team.

“And I think that that’s really important because when you’re really trying to build a cohesive team that can compete for championships, it’s important that the strength of the team is the team. No one is above the team.”

In his first season with TFC, the midfielder did a good job filling the shoes of Giovinco and Vazquez. He scored 12 goals and notched 12 assists in 30 league appearances, just one goal shy of Giovinco’s 13 the season prior. Pozuelo thrived, bringing goals and creativity to help the team advance to MLS Cup. While they lost to the Seattle Sounders 3-1, it was an encouraging season for management and fans.

Anytime a team loses their best player, many are quick to assume that success will not transpire as it did in past seasons, but Pozuelo ensured that was not the case with Giovinco’s departure. So, with only to MLS matches played in 2020 before the temporary suspension of play, the feeling is Pozuelo will be restarting his second season with the club when play resumes in July. What could they expect from the player this time around?

READ MORE: MLS Is Back Tournament: Everything You Need To Know About Major League Soccer’s Return To Action

Pozuelo was a major factor to Altidore’s success last season with the two players linking up well in their matches. The striker finished the season with 12 goals and five assists in 23 league appearances. Pozuelo’s presence in the line-up made it easier for Altidore to find the back of the net as the Spaniard showed great creative intent in the final third, always looking to play to the USMNT international’s strengths. In fact, Pozuelo’s five assists for Altidore was the third-highest assist to goalscorer ratio in MLS during 2019.

Pozuelo has shown himself to be a player who could make a difference in Toronto’s matches and one who Greg Vanney has become dependent on. In their Eastern Conference semi-final against NYCFC, Pozuelo scored twice with his second goal in added time, to help TFC win 2-1 and advance to the Eastern Conference final against Atlanta United. The club entered their match against NYCFC as a heavy underdog, but Pozuelo showed he could be the defining factor in important matches.

TFC fans should expect the same from the midfielder this season. The Spaniard scored from the penalty spot during TFC’s opening-day 2-2 draw with the San Jose Earthquakes back in February while in the two matches played in the 2020 MLS season so far, Pozuelo has played six key passes and completed nine dribbles — the fourth and second-highest totals in the league respectively.

Aside from the experience he has brought from overseas, Pozuelo did a good job replacing key players in his first season and would have loved to win MLS Cup. One thing is certain, the midfielder has already become a fan favourite in Toronto.

Loading...
Newer Post
Kevin Ratcliffe On Playing For Wales & The Influence Of Howard Kendall At Everton
Older Post
How Serie A Could Have a Nail-Biting Ending