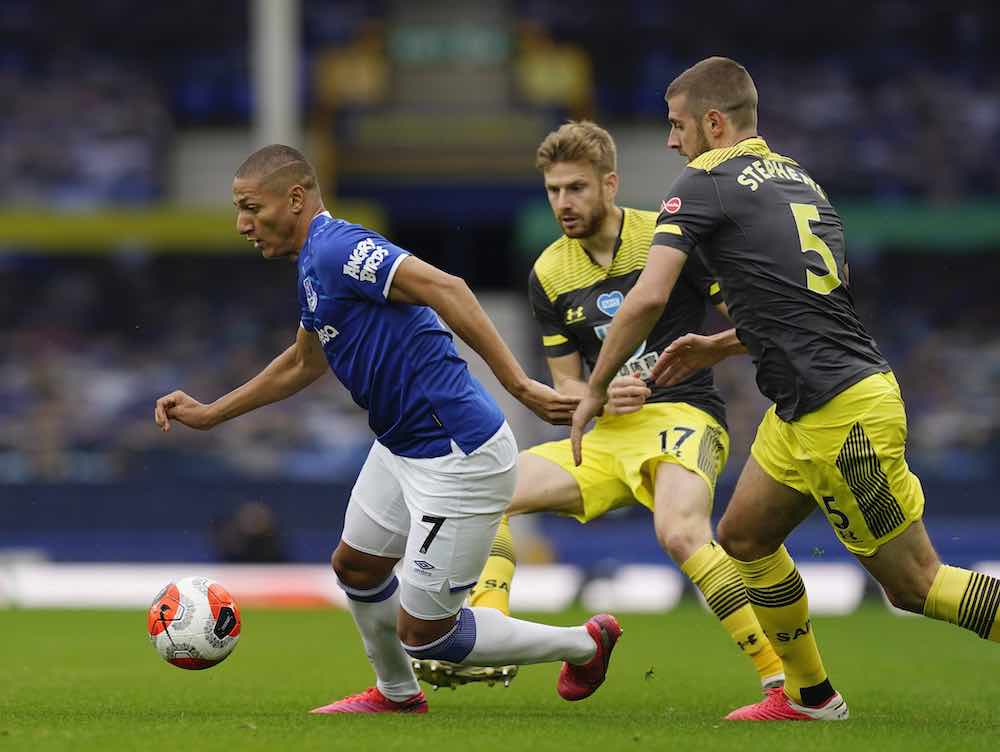 Everton came back from a goal down against Southampton on Thursday evening to earn a point in a game that was in many ways the epitome of an end-of-season dead rubber at Goodison Park.

Neither side is involved in the Premier League relegation battle this season and neither side has a realistic hope of securing European qualification, so the objective for both clubs and managers is to try to build for next season.

Southampton clearly enjoyed the better of the first half, playing with an edge unmatched by their lethargic hosts. In James Ward-Prowse and Oriol Romeu, they had a strong and balanced midfield partnership, while Stuart Armstrong and Nathan Redmond provided an outlet on each flank. In Danny Ings they have one of the most prolific marksmen in England, partnered with the industrious Che Adams.

Everton, by comparison, looked uncertain at the back and were impotent in midfield. Mason Holgate’s calm and collected presence, as well as his enviable ball-playing ability, was sorely missed.

André Gomes and Tom Davies were unable to gain control in the middle third, constantly allowing themselves to be sucked into challenges and beaten easily. Alex Iwobi was ineffectual on the right, although Anthony Gordon did show promising signs on the left with a burgeoning partnership with Lucas Digne developing. In Richarlison, they had a hard runner who always carries a goal threat.

Southampton had an early goal ruled out for offside, while Everton’s first effort was comfortably handled. Gordon and Digne combined to fire a high ball into Richarlison, whose flicked-on header fell to Iwobi only for the Nigerian to shoot straight at Southampton goalkeeper Alex McCarthy.

The visitors then struck the crossbar, when Danny Ings connected with a well-placed corner kick to force quick hands from Everton goalkeeper Jordan Pickford. Moments later, they earned a penalty, with Gomes clumsily bringing down Ward-Prowse in the area. The English midfielder stepped up to take it, but sent his effort crashing off the bar.

On the half-hour mark, Southampton had gotten the goal their dominance deserved. Armstrong carried the ball inside from the right flank before playing through Ings, who managed to cleverly navigate his way past Pickford and put the ball into the back of the net to register his 19th of the season. 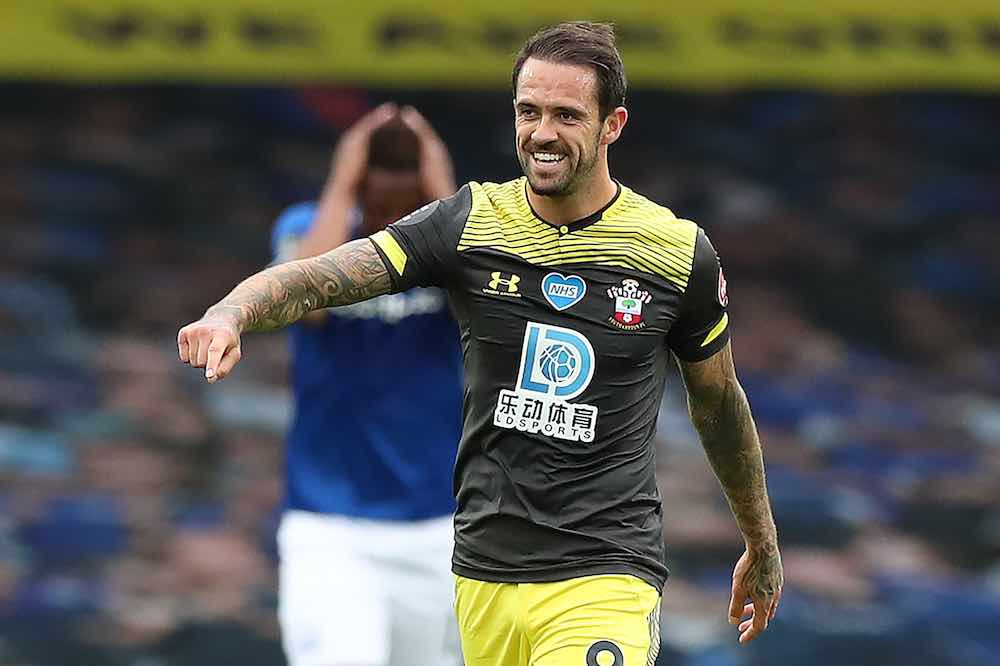 As often happens in football, however, an equalising goal soon came out of nowhere. Digne played a stunning cross-field ball from left back to spot the run of Richarlison, with the Brazilian controlling brilliantly before lifting it over the oncoming McCarthy. It was an outstanding team goal scored by a player being kicked from pillar to post, a level of quality admittedly contradicting what had come before from the home side.

After an eventful first half, the second was a much calmer affair. Everton coach Carlo Ancelotti once again exhibited his tactical nous by switching his system — Gylfi Sigurðsson came on for an injured Gomes, while Djibril Sidibé replaced Iwobi. Séamus Coleman tucked inside to become a third centre-back, while Gordon did likewise further forward to become a third central-midfielder, Everton’s width coming from the marauding fullbacks. It helped the home side regain a degree of control in what had been a porous midfield, but it didn’t help them win the match.