Flamengo & Fluminense To Meet In The 2020 Campeonato Carioca Final 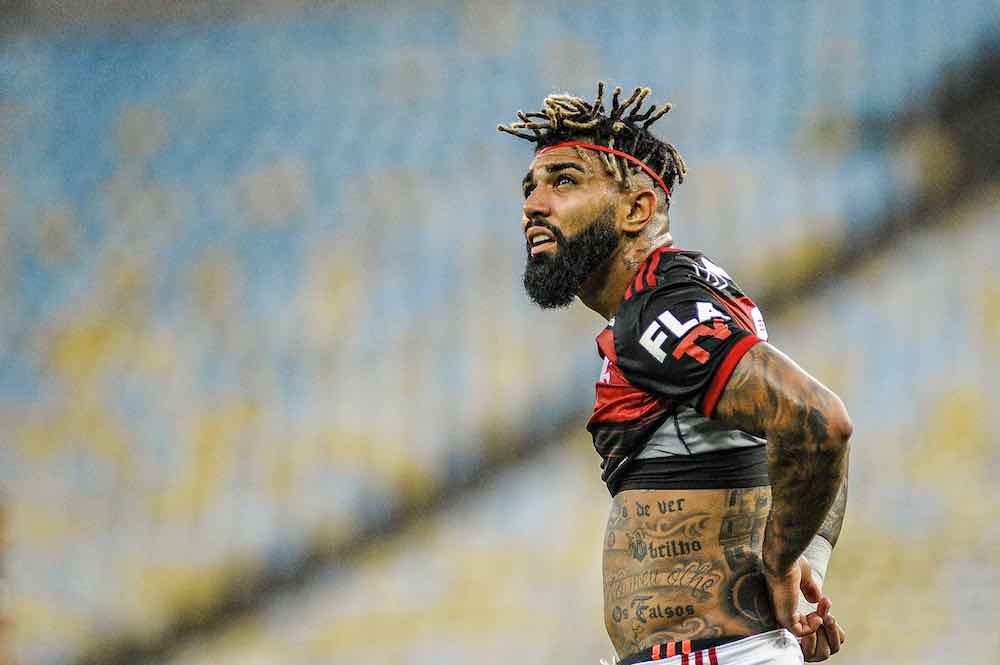 Tonight both Flamengo and Fluminense set up a tasty looking Campeonato Carioca final which will see the pair meet at this stage for the first time since 2017.

Flamengo took on Volta Redonda at the Maracana, and Jorge Jesus showed he’s keen on helping his side retain their status as champions of Rio by selecting his strongest possible starting eleven.

Gabriel ‘Gabigol’ Barbosa came back into the side having missed Thursday’s victory over Boavista with a slight knock.

As you’d expect the Rubro-Negro went into the game as heavy favourites. From the first blow of the referee’s whistle, the shape of the game was as expected. Flamengo dominated possession and Volta Redonda tried to counter-attack at any opportunity, aiming long balls towards veteran Joao Carlos as well as persistent long shots any time they got in sight of Diego Alves’s goal.

Halfway through the first-half, Flamengo’s deadly duo of Gabigol and Bruno Henrique combined as they did so often last year to give the 2019 Copa Libertadores winners an early lead.

The goal upped the tempo for the favourites, who showcased their high pressing game. Volta Redonda didn’t have an answer, struggling to make any forward progression.

Just before the break, Gabigol should have made it 2-0 when he was picked out by a superb pass from Giorgian de Arrascaeta, but his shot was saved by Douglas.

Whatever coach Luiz Henrique Vieira said at half time didn’t work as Flamengo instantly added a second, once again through the irresistible partnership of Gabigol and Henrique. Gabigol picked out Henrique who rounded Douglas, allowing him to place the ball into an empty net.

The early goal would be the only one in the second half — a half which was dominated by Flamengo who should have scored a few more but Douglas made several good saves to deny Rubro Negro attacks.

The Flamengo fans will not be too displeased at their team performance as it sees them qualify for the final as expected.

Just five miles west of the Maracana, the other semi-final between Fluminense and Botafogo took place at the Estádio Nilton Santos.

Before the game, both teams issued a banner stating “respect our history” in protest at the Federação de Futebol do Estado do Rio de Janeiro (FERJ) for allowing the tournament to take place despite Brazil being in the peak of the coronavirus pandemic.

On Saturday both clubs issued a letter to the FERJ calling the whole return to football a “show of horrors”.

The protest off the field seemed to turn into one on the field with very little happening throughout a match which ended in a dull 0-0 draw.

Botafogo looked the most likely of the two sides to break the deadlock but unfortunately couldn’t do enough to find a way past Muriel.

Despite not scoring since the restart of Brazilian football,  Fluminense join Flamengo in the 2020 Carioca final due to being the higher seeded team throughout 2020 competition.

The derby known as the FLA-FLU promises to be a matchup full of controversy before a ball is kicked, with a final date yet to be agreed.

There’s even talk of waiting until it’s safe for fans to attend before playing the final, but with the FERJ anything is possible…