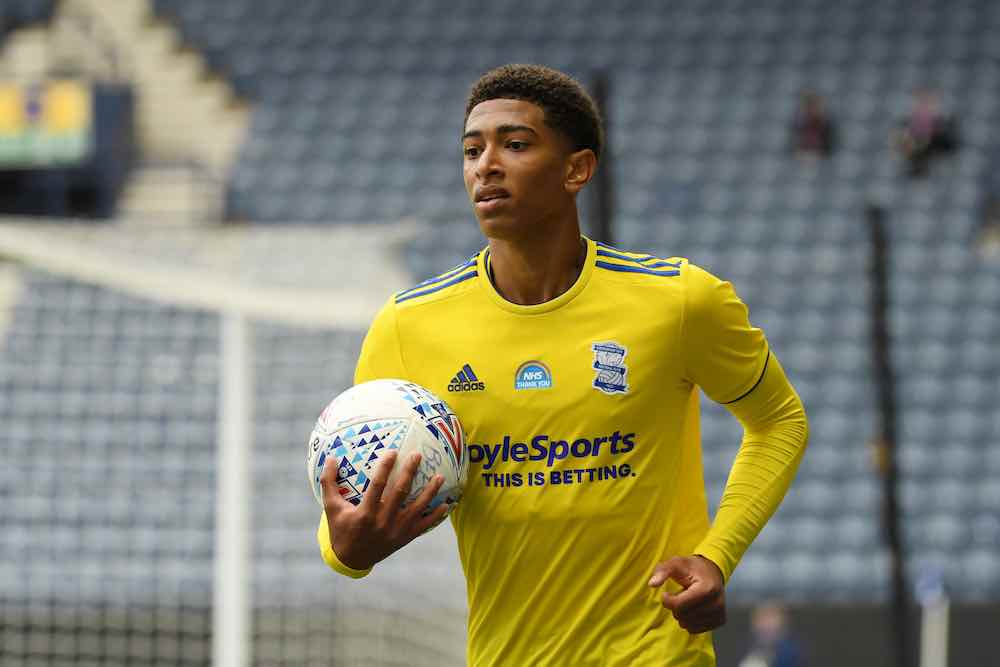 The step over. The Cruyff turn. The flip-flap. Every so often, a single piece of ingenious, seemingly instinctive improvisation sends football fans spiralling into a crazed frenzy.

It prompts children and adults alike to take to fields, streets and living rooms everywhere in the name of imitation, where knees are scraped, forearms bruised and IKEA décor obliterated in pursuit of perfecting the intricate skills and silky manoeuvres they’ve witnessed from the terraces and TV screens.

Things aren’t too dissimilar in the fashion department, where a footballer’s flamboyant clothing choice or striking hairstyle usually sets in motion a global wave of emulation, yielding a vast array of taste and quality.

Creativity, it seems, both on the pitch and in the barbers, knows no limits. But in recent times, creativity in football has extended far beyond the turf, the hairdressers and the fitting rooms of Zara.

Where once an awkwardly staged photograph with a club banner would suffice, there appears to be an entirely new craze sweeping the footballing sphere: the elaborate new player unveiling.

In an age of social media dominance, it hardly seems surprising. For organisations and businesses everywhere, the proverbial holy grail that not too long ago may have been a quirky catchphrase or memorable mascot—a Russian Meerkat or a Barry Scott—now takes the form of the viral video.

Football has certainly not evaded such a culture shift, and it now seems that a club’s media team can have just as an influential impact on its popularity than the one they put out on a Saturday afternoon.

The modern footballing phenomenon that is extravagant player unveilings—reveals that carry an air of “tonight Matthew, I’m going to be…” for the TwitterFace generation—has proven to be something of a revelation in how clubs choose to parade their latest investment.

The most recent example comes from Germany, where Borussia Dortmund, in announcing the signature of the much-lauded English teenager Jude Bellingham from Championship side Birmingham City, opted to have some of their current playing squad give a rather wobbly rendition of The Beatles’ timeless ballad ‘Hey Jude’.

In a deft, tongue in cheek, so-bad-its-actually-good sort of way, the short video absolutely does what it’s supposed to. But, of course, Dortmund are far from the first club to have unveiled a new player in this way.

For better or worse, we’re taking a look at some of the most memorable:

Aston Villa tapped into a universality among today’s youth when they announced the signing of former England captain John Terry ahead of the 2017/18 season via a mock WhatsApp conversation between the club’s players and staff.

Simple, effective and playful, it proved that big-name UK grime artists or questionable Beatles renditions aren’t the only means of creating a successful, viral player unveiling.

However, those with vast experience in the world of WhatsApp group chats might be quick to point out the glaring absences of those ubiquitous elements constituting any worthwhile group chat.

Where, for instance, are the shoddy voice notes? Where is the woeful spelling and grammar? And, perhaps most noticeably, where is the aubergine emoji?

It seems that anything an elite club like Aston Villa can do, Yeovil Town F.C, a side then two leagues below them, can do better.

In 2017, the then Step 4 side showed the social media sphere their own down-with-the-kids sensibility when they used Snapchat to reveal that they had acquired the signature of midfielder Jake Gray.

Taking full advantage of the SnapMaps feature, then in its infancy, the video showed Gray at the location of the club’s home ground, Huish Park. It then cuts back to Gray himself, on the hallowed turf, clutching the phone confirming he is Yeovil’s new signing. All without succumbing to the temptation of a dog or novelty shades filter.

Yeovil Town has since become, relative to their limited means, something of the unofficial kings of the quirky player unveiling. Not bad for a team from the middle of nowhere.

In recent years, we’ve been exposed to many probing ruminations on existentialism and philosophy in popular culture. There was Ryan Gosling’s seemingly sentient replicant in Denis Villeneuve’s Blade Runner sequel. There was 2020 sci-fi series Devs that unstitched the very fabric of time while simultaneously toppling the very notion of memory. There was Michael Fassbender getting off with himself in Alien: Covenant.

The video was a neat little slice of ultra-meta marketing from the Italian giants who understand that the way to a fan’s heart in this day and age is through an Xbox controller.

To make matters that bit more peculiar, the clip shows the Italian midfielder playing for his new club, against his new club. The mind boggles.

Someone like Wayne Rooney needs little introduction. As commentator Clive Tyldesley once famously instructed, “remember the name, Wayne Rooney,” we most certainly did. And so when England’s all-time record goalscorer made the switch back to the blue side of Merseyside after 13 years away, the magnitude of the move spoke for itself.

As is often the case, the simpler the better: something that Everton football club clearly understood when, rather than utilise Rooney’s short-lived WWE career and stage some elaborate, big-budget Royal Rumble-style entrance, chose to keep everything about their minute long reveal restrained.

Famous lines of commentary (of which Tyldesley’s features, unsurprisingly, at the video’s climax), interspersed with poignant piano keys, echo over various tracking shots of Everton’s training ground as the video, much like the transfer itself, seems to symbolise a return to where it all began.

An emotive, almost sorrowful piece of audio-visual artistry, it’s as if the camera is Rooney himself: a prodigal son now older and wiser, gazing pensively back over his own career. It’s footballing beauty, and all without a single football seen being kicked.

Which name would you get on the back of your @nikefootball Chelsea home shirt today? 👀 #WeAreThePride pic.twitter.com/WKmYxd2x0K

Why simply upload a photo of a new player when, instead, you can shove a few non-actors in front of a camera, give them a script that not even Tommy Wiseau would run with, and have your new signing hiding out in a storage room for no apparent reason?

Well, in 2017, Chelsea acted upon such artistic impulses when creating the content that would accompany the unveiling of German defender Antonio Rüdiger.

In a short video that suggests the London club’s media team may have applied the notion of acquiring a player’s services a little too broadly, Rüdiger appears to have been drafted in for a trial shift at the club shop, as a rather demanding child, inexplicably wearing a shirt and tie, makes it known that it’s only Rüdiger’s name he wants on the back of his new shirt.

A club shop employee then disappears to a back room, where a solitary Rüdiger can be seen wearing a shirt bearing his name while stood facing a blank wall in a sequence that invokes the final frames of the ’90s found footage horror smash The Blair Witch Project. Still, it’s the acting that’s easily the most terrifying aspect here.