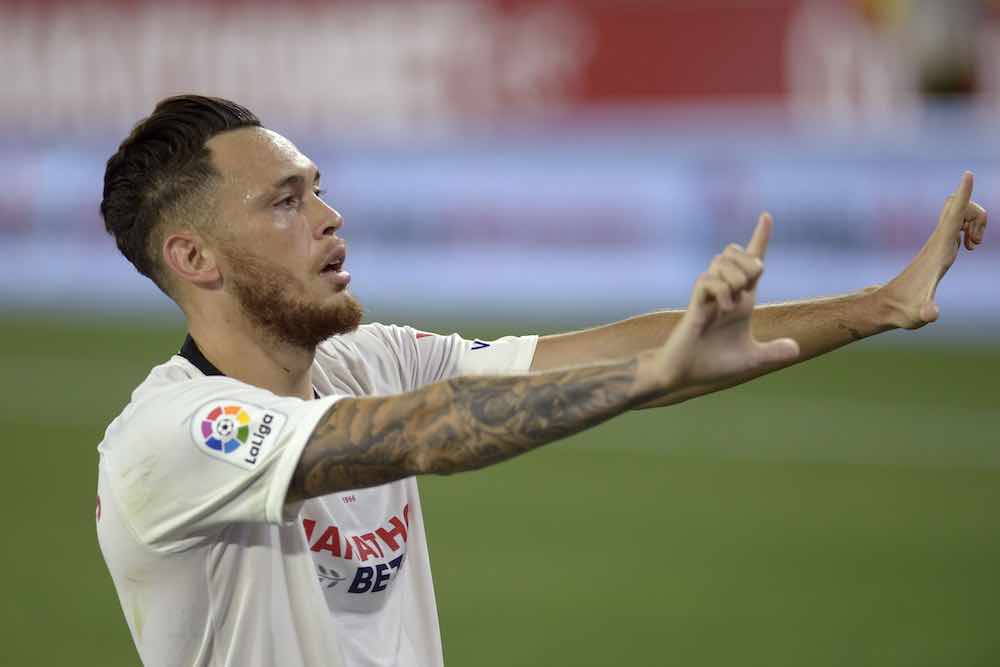 When Sevilla were awarded a penalty a few minutes before half-time on a sweltering Sunday night against a stubborn Mallorca side fighting for their La Liga survival, there was no doubt who would step up.

Lucas Ocampos, their in-form Argentinian winger, duly despatched the spot-kick past Manolo Reina with an impudent no-look strike to put Sevilla on their way to a 2-0 win and within touching distance of Champions League qualification.

Such is his confidence right now that you could even detect a smile on his face as he calmly tucked the ball into the net.

With 14 league goals and three assists to his name, Ocampos can do no wrong and has been one of the undoubted stars of La Liga since his €15m switch to the south of Spain.

A powerful, direct and hard-working wide-man, the 26-year-old has formed a fantastic partnership with Jesus Navas down Sevilla’s right flank and has been at the heart of everything good about Julien Lopetegui’s side.

As well as his new-found goal-scoring prowess, Ocampos excels in almost every attacking metric. This season he has averaged 8.13 dribbles per 90 and typically makes 3.46 crosses per game, while only Lionel Messi and Karim Benzema have registered more shots this season, according to Wyscout.

It’s not just in the final third where Ocampos has been affecting the game. Against Eibar earlier this month, having already scored the opener, he donned the goalkeeping gloves late in the game after an injury to Tomas Vaclik with all substitutions already made.

In the 100th minute, he pulled off a crucial save — bizarrely from Eibar’s goalkeeper Marko Dmitrovic – to keep the score at 1-0 and ensure all three points stayed in Andalucia.

Aside from his cameo between the sticks, it’s worth noting his diligence when it comes to his defensive duties, too. On top of his relentless work-rate, Ocampos is tall, lean and strong, giving him an impressive physique which helps him compete in duels. Indeed no attacking player in La Liga has made more tackles than Ocampos (52) and the Argentinian thoroughbred ranks within the top five for interceptions (20), based on statistics from WhoScored.

However, his rise to the top has been far from a smooth, uninterrupted progression.

Born in Quilmes, a city in the south of the Greater Buenos Aires sprawl and famous for its brewery, Ocampos rose through the youth ranks of River Plate and, after impressive displays for the Argentina U17s, broke into the first team shortly after the club’s ignominious first-ever relegation to the Primera Nacional B in 2011.

Under the stewardship of Matias Almeyda, Ocampos thrived, scoring 7 goals in 38 appearances, as River bounced straight back to the Primera at the first time of asking. Ocampos, however, wouldn’t get the chance of tasting top-flight football with Los Millonarios as Monaco – themselves in Ligue 2 at that point – swooped and paid €11m for the teenage star’s services. 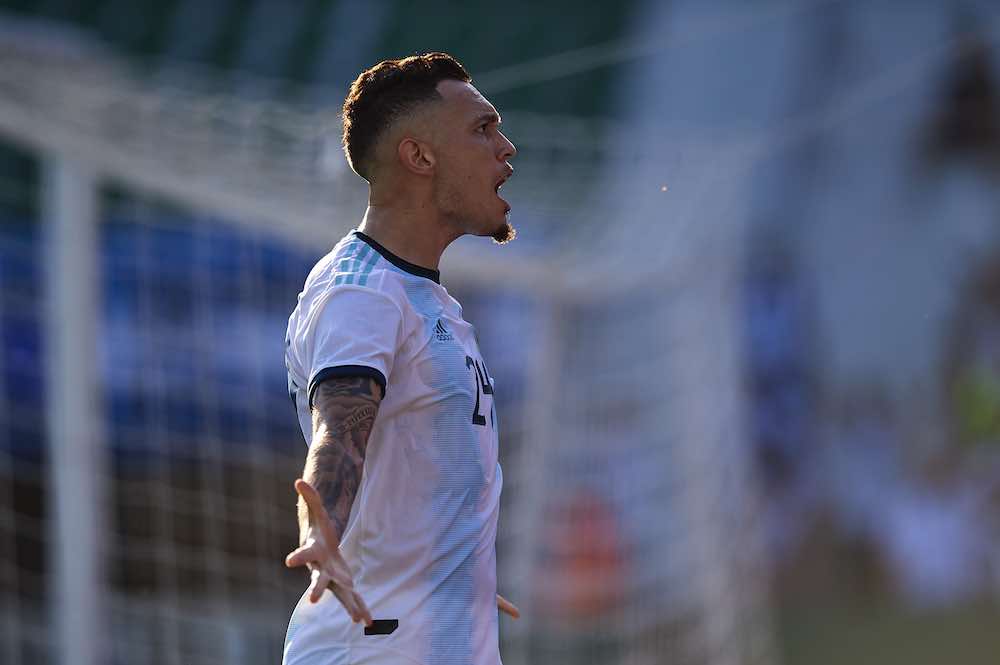 Ocampos once again achieved promotion for a second time in his young career and would go on to make 34 appearances the following season as Monaco finished runners up to PSG in their first year back in Ligue 1. So far, so good, as everything seemed to be going to plan in his development.

Nevertheless, a raft of big-name signings and the arrival of Leonardo Jardim saw Ocampos become more of a peripheral figure at the Stade Louis II and at the start of 2015, he moved to Marcelo Bielsa’s Marseille on loan, before joining the Les Olympiens on a permanent basis for a cut-price deal of around €7m.

Bielsa’s departure quickly derailed Ocampos’ bright start to life at Marseille and he struggled to adapt under new boss Michel. Loans to Genoa and AC Milan followed as it looked as if Ocampos was set to drift from club to club, unable to realise his undoubted potential.

His return to Marseille for the 2017/18 season would mark another crucial turning point and, under the guidance of Rudi Garcia, the Argentinian pace merchant would begin his revival, scoring nine times in 31 appearances and another four in 17 as Marseille reached the final of the Europa League.

Ocampos’ form dipped the next season, scoring only four times in 34 league games, but it didn’t deter Sevilla’s sporting director Monchi – who had been a fan ever since seeing him for Milan during his ill-fated Roma adventure – to bring him to the Sanchez Ramon Pizjuan.

While no-one could have predicted just how well he would adapt, particularly after a tough start and a switch from the left to the right flank, but it has proven to be the perfect fit and another example of Monchi’s magic in the transfer market.

Sevilla’s gain has been a huge positive for the Argentinian national team too. Under Lionel Scaloni, Ocampos has made an immediate impact in the friendlies at the tail end of 2019, translating his club form to the Albiceleste with two goals in three appearances.

Argentina has lacked a wide player with his pace and directness since Angel di Maria and Ocampos’ additional height, strength and work-rate makes him an even more unique and special talent within the context of diminutive attackers Argentinian football tends to produce.

In a short space of time, Ocampos has catapulted himself into a potentially vital role in Argentina’s bid to qualify for Qatar 2022, while at club level Europe’s top teams will no doubt test Sevilla’s resolve to hang on to their wing wonder.