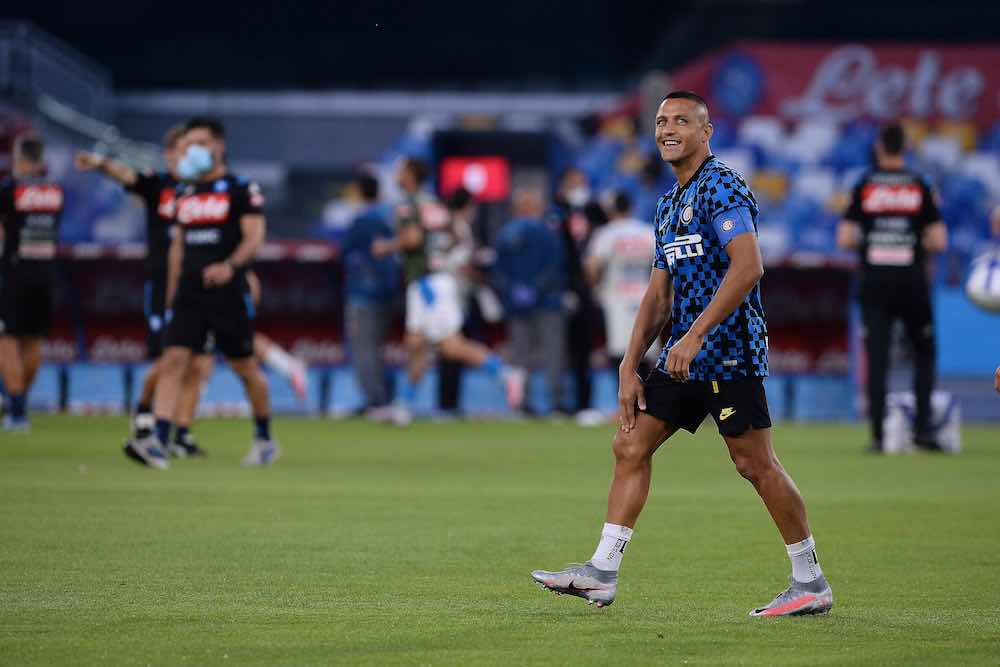 Alexis Sanchez is reported to be keen on staying in Milan and will aid Inter in securing both a loan extension and a permanent deal.

Sanchez has enjoyed a return to his near best form as of late, scoring two goals and assisting six since football’s return.

Italian journalist Gianluca Di Marzio reported that United will listen to offers but have priced Sanchez at a firm €20m.

This, coupled with Sanchez’s lucrative wage of €15m per season, presents a couple of hurdles for the Nerazzurri.

“He came from two bad seasons at United but I knew what kind of player we were taking.

“It’s a loan deal and United are paying a good part of his salary. Now he is starting to feel good.

“For now he is a player who has rediscovered his form and wants to play. He is hungry and I am happy for him because he has suffered. He is certainly an extra weapon for us.”

Tuttosport have also claimed that the Chilean plans to aid the situation by taking a pay cut in order to make the move from Old Trafford a little easier.

Inter CEO Beppe Marotta spoke about the matter for the first time yesterday and had this to say about the situation.

“We must remember that he has been absent for four months and this has impacted him,” said Marotta.

“Today he is showing his qualities [but] we have not discovered him today, he has been an important player for years.

“As for the future, such talks are premature, he belongs to United. We will evaluate with the coach bearing in mind what must be signed.”