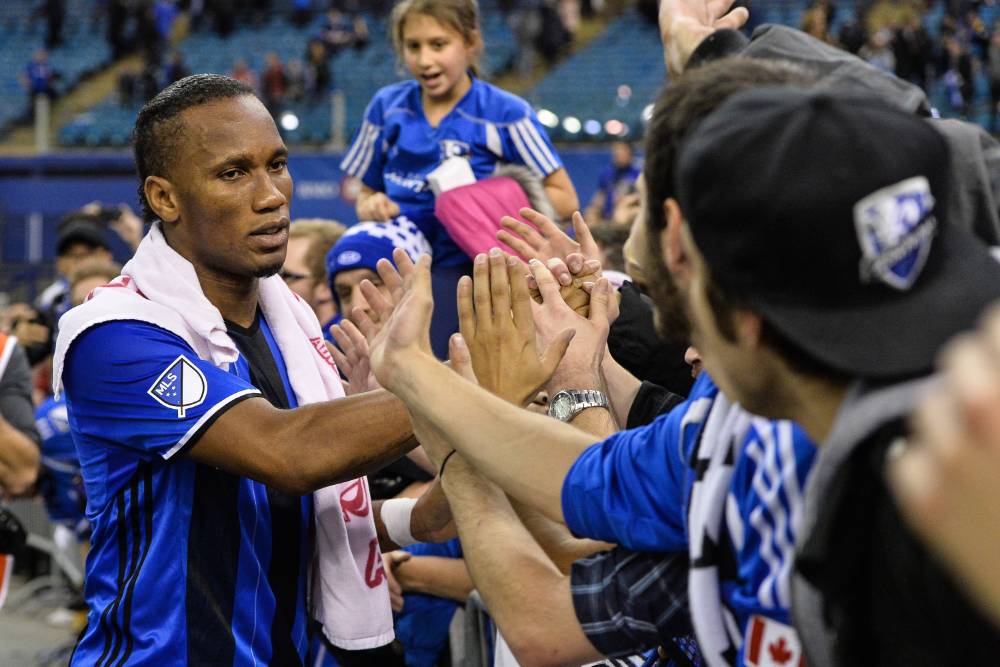 WFi‘s Jerry Mancini spoke to Jason DiTullio, former centre-back and current U-17 head coach of Montreal Impact, about his career with the Canadian club.

In August of 2019, Montreal Impact announced your return as coach for the U-17’s. Prior to your return, you spent seven seasons with the Impact in a coaching role. What made you decide to return to the club and take on this role once again?

“I’ve been with the club as a player and coach since 2002. It’s more than just a job now. It’s a part of me and a part of my family. I had the privilege of coaching at the academy with the under 17’s and got promoted in 2015 with the first team. I got that opportunity, enjoyed it and had some big games versus Toronto [FC].

“I think once you get into that professional environment, you also understand that it’s a business and there’s a possibility that your time with the club is going to end. I was still very young so when the club made the decision to change the structure and coaching staff, it gave me an opportunity to step away a bit. I had a technical director role, worked on my playing model and worked on putting everything I learned over the past couple of years in place.

“Then that summer, I was helping with the under 17 national team as one of the assistants and the camp was in Montreal. It was my first time back. I saw a lot of friends and former colleagues. At that time there was a job opening with the [under] 17’s, and they just flew it by me saying, ‘would you be interested in coming back?’

“I thought about it, not too long, because, at the end of the day, it’s what I do and what I love to do. Coaching, developing and being around the high level. So, it was a pretty easy decision for me to come back.”

In 2015, you were named assistant coach of Montreal Impact’s first team under head coach Mauro Biello. The team did very well in those two years. They advanced to the Eastern Conference semi-finals in 2015 and the Conference finals in 2016. What did it mean to you to coach the first team and what did you learn from the experience?

“The first thing that comes to mind was that phone call I received from Mauro Biello. I felt blessed and excited because, right away, I knew that if the club had asked me for my services at the highest level, it was a dream come true. I was still a young coach but Mauro Biello and his staff trusted me. I had the privilege and the honour of having Didier Drogba come in a week earlier.

“With Drogba, [Ignacio] Piatti, [Marco] Donadel and some high [quality] players, and knowing MLS during that time, with Toronto having Giovinco and [Jozy] Altidore, I was just trying to grasp every single moment and learning at the same time but trying to impose my qualities as a coach and what the club asked of me. It was a privilege and I enjoyed every single moment for sure.”

“When you’re a young coach and you come into this role, I think in 2015, we had like ten games left and we needed to win eight or ten games. So, I think that year was a lot about communicating with him and picking his brain. Biello really counted on him and his leadership during that period where we didn’t know if we would be back next year.

“So, we really took it one game at a time. We knew that the city was going to be excited that we had a superstar like Didier on their team. So, our stadiums were packed, and players were motivated like a breath of fresh air. We rolled with it and we just kept on winning, winning, winning. Then we won our first playoff game and unfortunately, we lost in the [Conference] semi-finals. Then the year after was just about the foundation, we had the players’ trust and we knew we had a good team.

“We really felt the city behind us and it was exciting. That’s where we had that Eastern Conference final against Toronto [FC]. That’s an experience with over 60,000 people inside Olympic Stadium, up 3-0 and then finishing 3-2. Then going back to Toronto and having that incredible game, unfortunately, we fell short.”

Being a coach demands a lot of responsibility. How do you approach your day-to-day routines and training your players to be ready for the next level?

“I think there’s a tactical aspect, having to do with the playing model and player development pathway. Making sure that, throughout the whole academy, everybody’s working in a similar way and each coach has his way of delivering that message.

“Then there’s the mindset, trying to build character, trying to bring certain maturity, both on and off the field for every player. So, when they have the luxury of getting closer to the first team, if it’s the 19s or the reserve team, they’re ready. They’re ready to express themselves but they should have enough baggage to be successful.

“I’ve been there as a player and as a coach at the highest level, I try my best every day to make sure that they’ll be prepared for that moment. I think that’s what motivates me every day because I know what the beautiful game can bring each individual and the emotions that they can live, and those are experiences, moments and friendships that you’ll have forever.

“The highest levels where everybody wants to go, where everyone dreams of being — I try to pass that message to make them understand that it’s good to want to get there but you’ve got to be prepared because there are some highs and some lows and there’s always someone trying to take your spot.

“Sometimes, a lot of players have the talent but don’t have the mindset to deal with that. So, I try to pass that message every day with the mindset of also intensity and grit and not just turning it on and off, but making it a part of you and your mindset every day.”