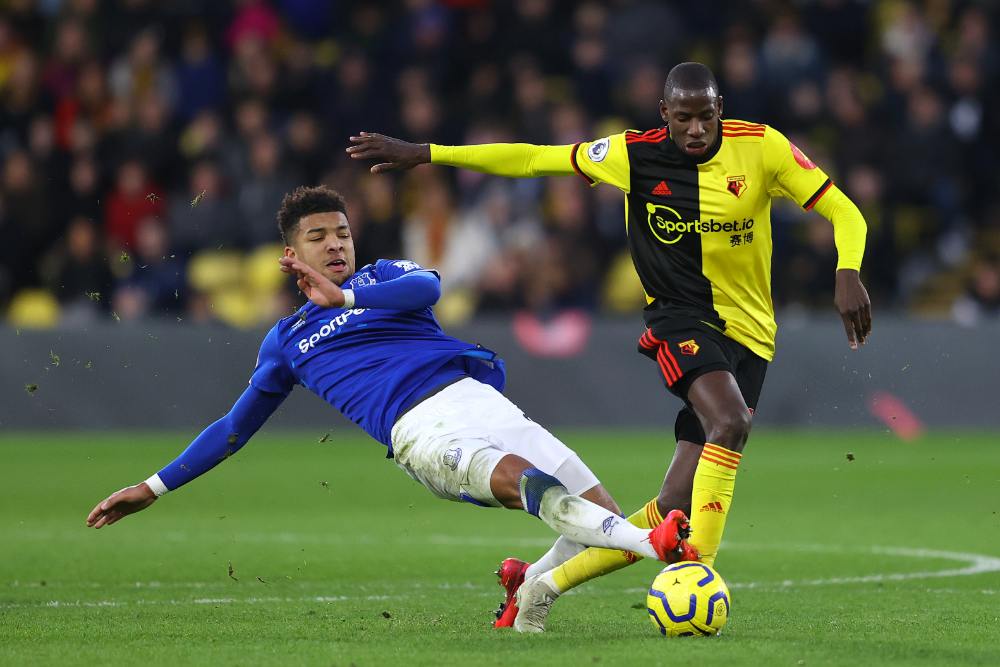 The Frenchman has been the rock of the Hornets’ midfield over the past four years, performing both offensive and defensive roles to an incredibly high standard thanks to his versatility, skill with the ball at his feet and endless reserves of energy.

Doucoure has taken to the field 141 times across all competitions during his spell at Vicarage Road, scoring 17 goals and assisting a further 12. More than that, though, he has been the glue often keeping Watford together, acting as one of their chief creators, midfield lungs and protector of the backline.

It is, therefore, no surprise to see his name linked with a move away from the club, Everton rumoured to be favourites for the transfer and most interested in his signature.

The Toffees attempted to move Doucoure north last summer while former Watford manager Marco Silva was in charge but, according to Sky Sports, their £36.7m was rejected. This time, however, with the Hertfordshire side dropping out of the top-flight, a fee of around £35m appears more agreeable.

Despite an initial bounce following the appointment of Carlo Ancelotti, Everton ended the 2019/20 season in languid fashion, winning just one of their final six Premier League games, losing to the likes of Wolves and relegated Bournemouth, and ending up in 12th place — their lowest league placing since they finished 17th under David Moyes back in 2003/04.

“The ambition is for us to try to win and be competitive,” Ancelotti told reporters at his first press conferences as Everton manager.

“The goal is there to reach the Champions League or Europa League. Winning honours has to be the dream for this club and for the supporters. I am here to try to do this.”

Right now, Everton look closer to a relegation battle than European qualification and one of biggest problems facing Ancelotti is a lack of legs and creativity in the middle of midfield to suit the demands of his 4-4-2 system. All too often last season, the Toffees’ middle men were outnumbered and outmanoeuvred with teams able to play through them all too easily.

On the ball, meanwhile, they were a creative disaster. As illustrated in their passing network graphic from the 2019/20 Premier League season below, from the Twenty3 Toolbox, Everton’s midfielders were not only unwilling and unable to take possession from their centre-backs, they were actually so inept at creating a platform to build from that they were often skipped out altogether. 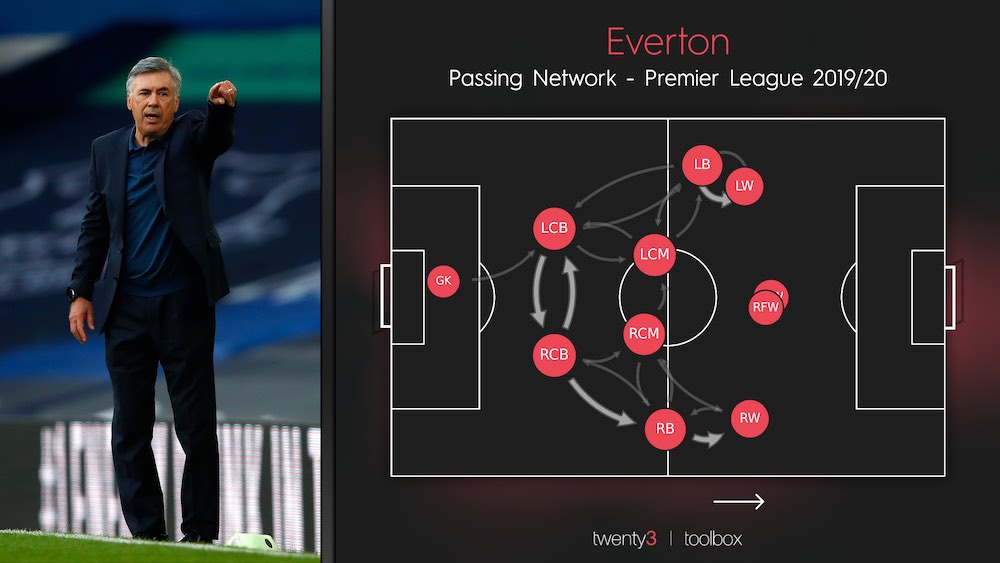 This led to Ancelotti’s side playing far too man low percentage balls into the channels for the likes of Dominic Calvert-Lewin and Richarlison to chase down, while much creative emphasis was also placed upon an out-of-form Lucas Digne. As a result, the aforementioned forward two were often cut off from the rest of Everton’s play.

With James Rodriguez and Allan — two of Ancelotti’s former players — seriously linked with Everton alongside Doucoure right now, it is clear the Italian tactician and director of football Marcel Brands have highlighted central midfield as an area in clear need of attention.

Another James Rodriguez radar, this time from the past two seasons in all competitions 🇨🇴⚽️ #EFC pic.twitter.com/6hOk3MWVfn

The signing of Doucoure would also go a long way to solving both of the aforementioned problems. First, the former France U-21 international is an absolute lion when it comes to his work off the ball, winning possession in the defensive third (103), middle third (138) and offensive third (29) more times than any other Watford player during the 2019/20 Premier League season.

As illustrated in his defensive action areas graphic below, from box to box, Doucoure is a brilliant and ultimately willing ball-winner who excels at disrupting the opposition right across the pitch. 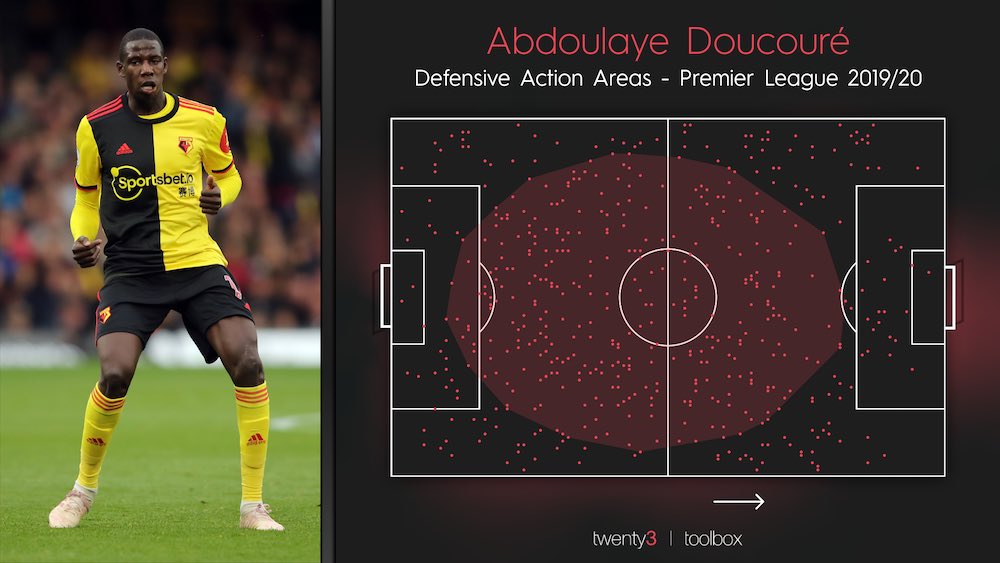 And when he has the ball at his feet, Doucoure is equally as effective, completing 422 final-third passes in the Premier League last season — at least 155 more than any other Watford player, while he also weighed in with the third-highest number of take-ons (40) among his teammates.

Whether he was passing the ball or driving forward with it himself, Doucoure was ambitious, progressive and, ultimately, dangerous.

At 27, Doucoure is in his prime and represents the perfect signing. Mobile, decisive, skilfull and combative, he solves a multitude of issues for Ancelotti and allows the Toffees to finally start asserting themselves on the opposition.

Loading...
Newer Post
Football On The Rise In Gibraltar At Club And International Level
Older Post
Cerro Porteño And Olímpia Prepare For Superclásico Behind Closed Doors