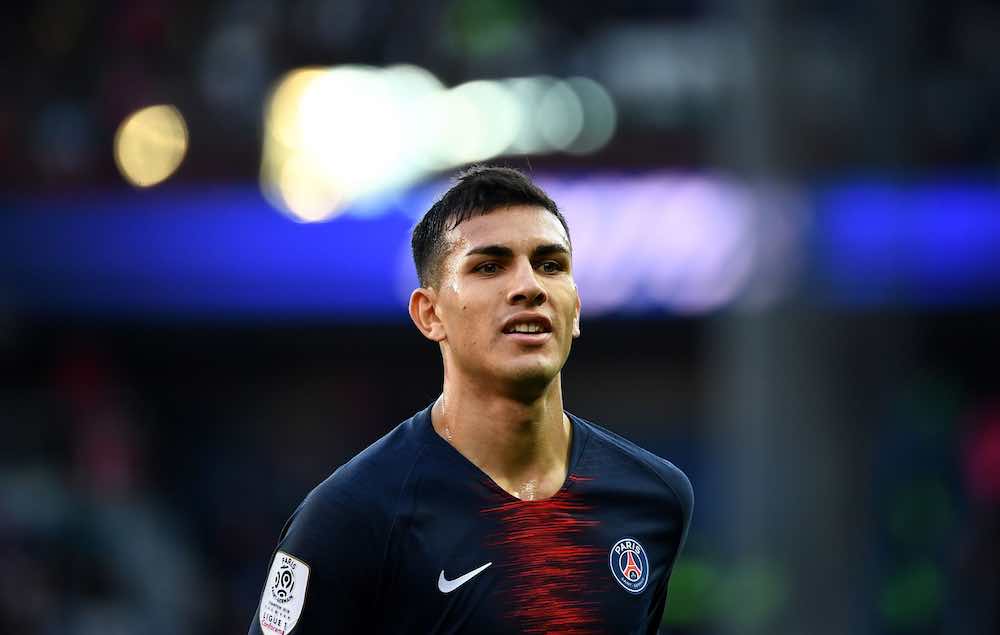 Regardless of what happens in the 2020 Champions League final, Paris Saint-Germain’s progress to this stage for the first time in their history was partly thanks to the press-resistance and pass picking of deep-lying midfielder Leandro Paredes in their semi-final against RB Leipzig.

Brazilian superstar Neymar has rightly received a lot of the plaudits for PSG’s European exploits this season. The marquee man is playing his part in PSG’s key, final games in this competition for the first time, having missed exits at the hands of Real Madrid and Manchester United in previous seasons. It’s no coincidence the French champions have gone deep into the tournament and have a chance of winning it with their talisman present.

Kylian Mbappe returned from injury to display his own unstoppable talent, which should see him eventually replace Lionel Messi as the best player in the world, fighting it out with his Brazilian teammate at PSG as well as a few Premier League names for that particular title.

But it was Argentine playmaker Paredes, operating in a slightly tweaked regista role on the left of PSG’s midfield, on which the performance was built, even if he didn’t contribute directly to the goals that led to victory.

Advantageous advanced positions need to be reached in the first place in order to make things happen. Whether such advantageous situations lead to set-pieces, individual moments of brilliance, or well-worked team moves, someone needs to work their way around the opposition and then work the ball into key areas. This is why roles such as the one Paredes played are so important, even if they don’t immediately appear so.

Other than the two PSG centre-backs, Thiago Silva and Presnel Kimpembe, no player made more passes than Paredes’ 78 in the semi-final against RB Leipzig, and he was important when it came to bringing the PSG stars into play. His pass success was an impressive 94%.

Paredes himself was aided by the presence of sometimes-centre-back, Marquinhos, operating, as he often does, in the defensive midfield position. This gave the 26-year-old a little more freedom to pick his passes from a position slightly to the left of centre, and at times almost drop to a left centre-back role in the build-up.

As shown on the pass map below from Twenty3, his favoured passing routes were to left-back Juan Bernat and Neymar. In turn, those two players are key to allowing Mbappe a way into the game from the left. 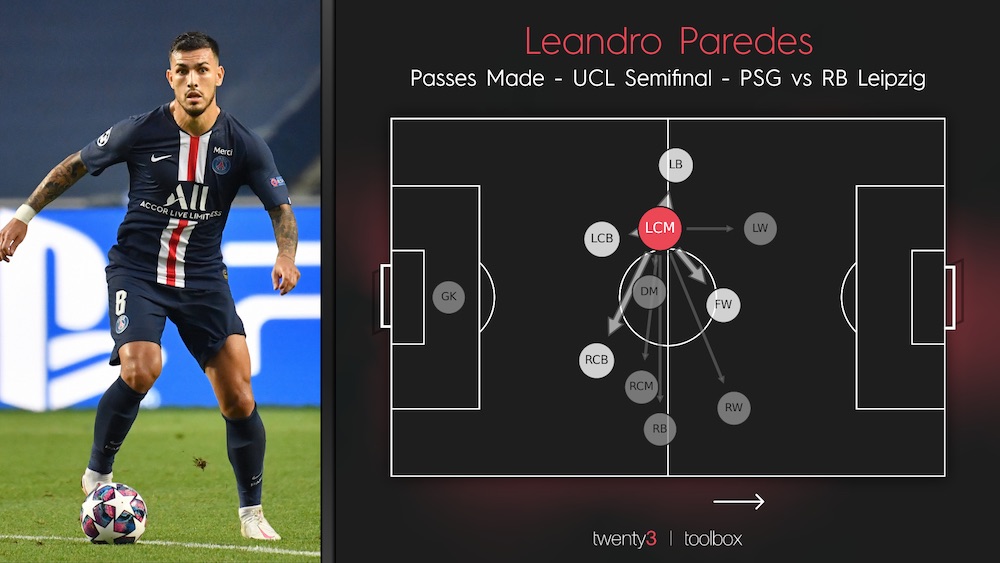 FC Bayern legend Franz Beckenbauer has spoken of his admiration for PSG ahead of the final and alluded to the strength they have throughout the side.

“I’ve watched PSG’s games, they’re one heck of a team,” he said. “It’ll be the most difficult game of this Champions League season. I can’t find any weak points in the team and I expect them to vary their playing style.

“I hope that both teams don’t hold back too much, don’t show each other too much respect and play just as refreshingly and with a joie de vivre like they have done up to now. Then we can expect a wonderful final.”

Paredes’ role was almost a trap for RB Leipzig. The pressing from the German Bundesliga side is usually designed to cause panic in their opposition’s buildup play, but the technical competence of Paredes, the regularity with which he was in possession, plus the role his manager Thomas Tuchel had him playing, helped nullify this tactic from RB Leipzig and even use it against them.

The RB Leipzig press didn’t appear as intense as usual, but that could be because it was ineffective even when they did try it.

Once a press is bypassed, there is often space in the areas behind. Lots of modern-day pressing sides are very good at limiting this space even with an intense high press, but players with the quality of Neymar and Mbappe will find even the smallest areas to exploit, making it difficult for even the best sides to contain such individual attacking prowess.

Tuchel has managed to harness individual talents by using his team tactics to create spaces for them. Neymar and Mbappe, and not forgetting the influential Angel Di Maria, know that if they join in with the overall plan, they will get their chances to shine individually. According to FBref, only RB Leipzig forward Yussuf Poulsen made more defensive pressures in the game than Neymar’s 25.

Meanwhile, in the Champions League this season only one team have made more pressures in the final third than RB Leipzig — PSG’s final opponents, Bayern.

In many ways RB Leipzig could be seen as a warm-up game for the matchup with Bayern, but the tactics used by Tuchel will have to be really on song and executed to perfection in order to divert the Bavarian juggernaut who have ploughed through all before them since football returned post-pause.

Should Paredes keep his place in the side ahead of Marco Verratti he could be key to the result of the 2020 Champions League final, and to whether PSG finally claim the title they have invested so much money in trying to win.