Neymar And The Spine Of Paris Saint-Germain 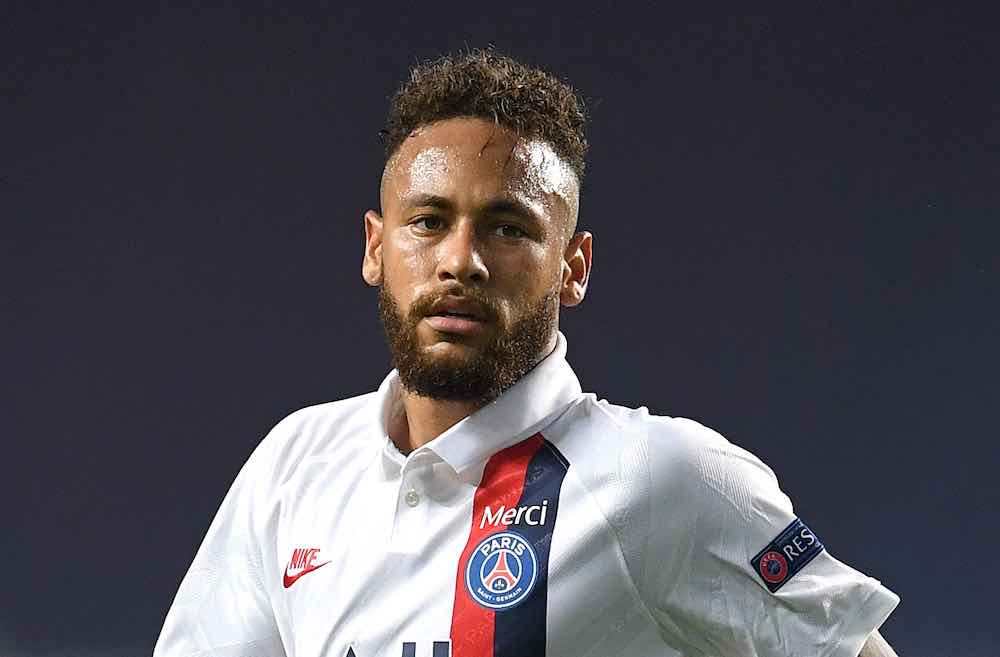 It was not just Thomas Tuchel who was in need of the crutch at half-time. After a less than ideal performance in the first half, Paris-Saint Germain were in dire straits. A goal down to Atalanta, whom John Ashdown of The Guardian described as “a team of plucky unheralded small-town misfits,” it was Neymar whose wayward finishing made us wonder if it was some Sunday League Pete the Plumber masquerading as his doppelgänger.

It was an unusual game, in truth. For much of the first half, the minnows matched the mighty PSG like for like in a strange David versus Goliath tussle. It should not have been this way. But then, football sets its own narratives. In keeping with the unusual night, it was Atalanta’s Papu Gomez who had the first chance to score within two minutes.

Then it was time for Neymar to hog the limelight. With balletic precision, he swivelled and swayed but could do little after reaching the final third. He missed glorious opportunities in the 3rd, 19th, 26th and 76th minutes of the game. In all, he squandered five clear chances to score.

His freekick five minutes into the second half was no improvement but he had completed two nutmegs on two different Atalanta players.

It was another elegant performance from Neymar, but he had surely left his shooting boots behind at the hotel.

The Form of His Life 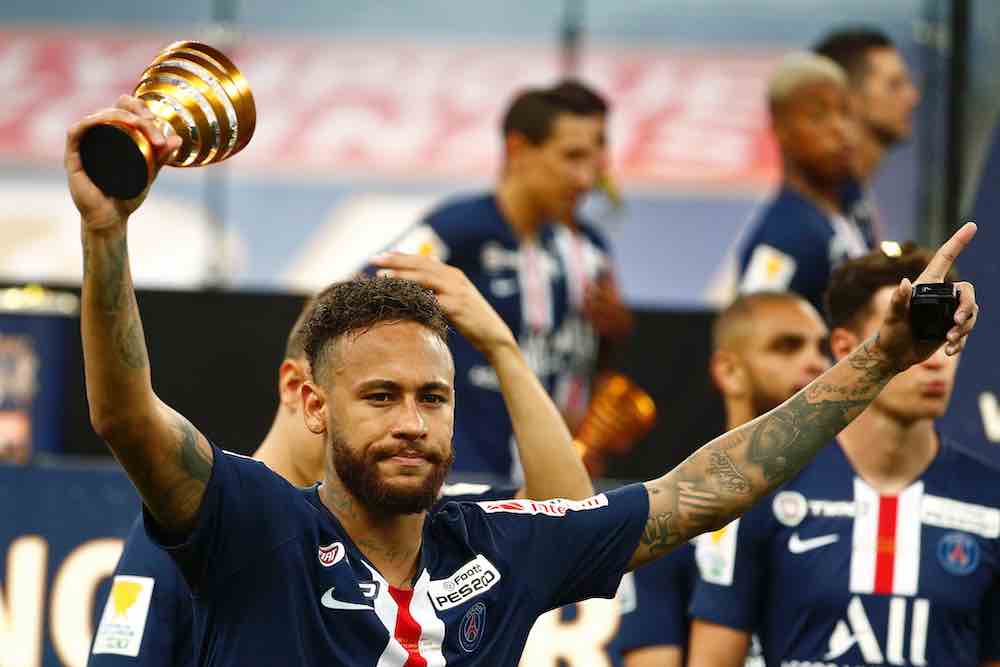 “I am in my best form since I arrived at Paris,” Neymar said recently, just a little more than three years after his sensational move to PSG.

His upbeat mood is largely down to the fact that his side won the Coupe de la Ligue and Coupe de France double on the back of a turmoil-ridden season, which also saw the Ligue 1 campaign stopped midway through. These were silverwares the 28-year-old was not supposed to win, since the French government had banned all sporting activity till September due to the pandemic.

The lifting of the ban afforded Neymar the chance to win these titles, and now after the victory against Gian Piero Gasperini’s resilient Atalanta, he will feel that this just might be his year.

Just two more games. Two more wins needed to make himself a legend at PSG. Three years of hurt, criticism and disappointment poised to be washed away.

The Spine of Paris Saint-Germain

Paris Saint-Germain have always had an embarrassment of riches at their disposal. They are backed by Nasser-Al Khelaifi, a man who seems to have left no stone unturned in his bid to bring the maiden European Cup to Parc des Princes.

Yet, the Paris club have been strangely spineless since he became club owner. They have looked like a side lacking culture, discipline and vision.

All that may have changed last night against Atalanta, a side the star-studded Parisians should have gone past more easily. Nevertheless, they showed something of a spine after recent capitulations to Barcelona, Real Madrid and Manchester United.

It was PSG who did a Rashford of their own in the form of Eric Maxim Choupo-Moting’s 94th-minute strike.

An Ode to Atalanta

Atalanta had the worst defensive record of all the eight teams and yet the Italians’ goalkeeper, Marco Sportiello, hardly had anything to do for much of the night.

However, the introduction of Kylian Mbappe threatened to undo all their good work. The young Frenchman managed to perform a nutmeg within five minutes of being introduced and proved to be the key behind the comeback.

For all of Neymar’s sublime show, it was only after the introduction of the half-fit Mbappe that the Paris attack looked more dynamic.

Despite getting ahead in the 26th minute via a Mario Pašalić goal, Atalanta were repeatedly caught out at the back. Their three-man backline was always going to struggle.

Rafael Toloi’s caution in the 66th minute was perhaps a sign of the mounting pressure on the team from Lombardy, and a sign that their resistance would ultimately be broken.

There were other signs as well. Jose Palomino attempted to slow the game down in the 84th minute with a foul that earned him a booking.

Despite their late heartbreak, ‘the plucky, small-town unheralded misfits’ have left an indelible mark and made Italy proud.

What Can We Expect From PSG?

All the remaining teams are now dreaming of lifting the UEFA Champions League, and PSG’s chances have just gone up. They will face the winner of RB Leipzig and Atlético Madrid, and if truth be told, they will fancy beating either.

It also has to be said that a lot of people do not want to see PSG succeed. Teams such as themselves, RB Leipzig and England’s Manchester City are hated by some sections of football fans. PSG’s Goliath-like fall against Atalanta would have brightened their day. But it was not to be.

Moreover, the Paris club are often referred to as P$G on social media, with the dollar sign replacing the S in between. They embody the corrupting influence of money and arrogance. They have also made a mockery of UEFA’s Financial Fair Play.

PSG will enjoy nothing more than silencing those haters by winning their maiden European Cup this 2019/20 season. Yet, funnily enough, they may well attract more detractors because of the same.

No silk purse was ever made with sow’s ear. Paris Saint-Germain understand this, and so they aim to attract the best players. It’s now time to see how these players handle the semi-final stage of European football’s biggest competition.