Matheus Rossetto Hoping To Place Himself In Atlanta United’s History 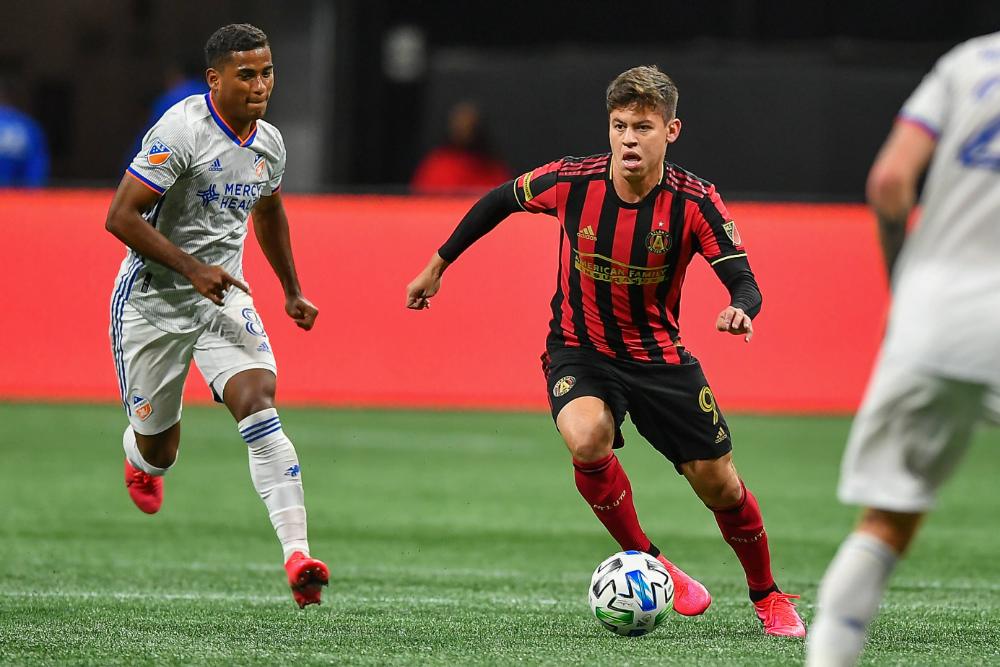 In 2009, Matheus Rossetto was snapped up by Athlético Paranaense’s youth academy aged just 13. This was the start of his journey to becoming a professional footballer.

Playing for your local club to signing for a professional outfit can be a huge leap for any youngster, but this was not the case for a determined Rossetto, who thrived.

“Each year that I spent in the youth categories, I was learning something new. They’re for you to mature as a player and evolve technically, tactically and physically,” Rossetto told WFi.

“I have always trained a lot and covered myself to be where I am today. In that time, I learned that if we work hard every day, the chance of reaching our goals is very big.”

Love this signing from @ATLUTD, bringing in Matheus Rossetto from Athletico Paranaense. I enjoyed commentating on some of their #CopaLibertadores games last year. Rossetto is 1 of 7 players that came through club academy and played a big role in winning the 2018 Copa Sudamericana pic.twitter.com/J7sJa4mXn4

After spending six years rising through Athletico’s youth ranks, in 2015, the young Brazilian’s hard work and dedication paid off when he made his first-team debut off the bench in a 5-0 victory over Nacional Atlético in the Campeonato Paranaense.

Rossetto would have to wait just over a year to earn his first Série A appearance for the club, but when he did, he became a regular feature in the Athletico starting XI, including playing 10 straight matches.

“I remember that the change to the main team was a dream come true for me,” he said.

“The moment I was part of the first team, I knew that I would have to do something different to earn my space among the starters,

“It was very challenging, despite having many talented players, I managed to gain my space over time.”

In 2018,  Rossetto was part of a historic moment for the Paranaense club as they won their first-ever continental trophy — the Copa Sudamericana.

Rossetto didn’t feature in the competition until the semi-final stage, playing in the second leg of a 2-0 victory against Peñarol. However, his performance there earned him a spot in the squad for the final, against Newell’s Old Boys.

After a tough 2-1 loss away from home in the first leg, the return match would be a different story as Athletico turned the tie around, battering Newell’s 3-0 in front of a jubilant home crowd.

“To win the Copa Sudamericana, It was an achievement that will be marked forever in my life,” added Rossetto. “A very important title not only for me but for the club as well.

“It was a competition where we knew we had a good chance of winning it. With a lot of struggle and work, we managed to be champions, and yes, we celebrated a lot with our fans.”

After spending several years at the club, this year Rossetto decided to move on to the next chapter in his career, joining Major League Soccer outfit, Atlanta United.

In recent years, MLS has become a home to several South American’s hoping to one day make the jump to Europe.

Atlanta, since forming in 2017, have always looked to bring in players from South America and have had a great deal success doing so.

In 2018, Atlanta won MLS Cup and throughout the campaign, seven players featured from South America.

Josef Martinez (Venezuela) and Miguel Almiron (Paraguay) were the two main components to their success, Rossetto will be hoping that he can provide something similar and lead Atlanta to even more silverware.

“Athletico-PR will be marked forever in my life. It was 10 years of many titles, joys and learning that I will take for the rest of my career,” he said.

“In this year of 2020, I chose to face this new challenge and chose to play in MLS, a championship where each year that passes, has been growing a lot.

“Every day I get more adapted to the country and the language. The club and my teammates welcomed me very well and that helps a lot.

“I have many goals to be achieved with the Atlanta shirt. I want to win titles and mark my name at the club. In the future, I want to be able to fulfil my childhood dream of playing European football.”

The Brazilian joined Atlanta just before the coronavirus outbreak, meaning he hasn’t had much time to settle into his new surroundings. Despite this, Rossetto hasn’t let the situation affect him.

“In terms of settling into a new country, I don’t see much difference between Brazil and the USA… we have a slightly scratched image, but Brazil is a wonderful country to live in,” he added.

“Although this pandemic affected us a lot, I don’t think it’s hindered my adaptation. We continue to be as careful as possible in the places where we go to prevent a possible infection.”

With the MLS is Back tournament — which Atlanta United unfortunately exited at the group stage with three 1-0 defeats — now over, the Five Stripes’ regular league season is due to get back underway next Sunday against Nashville SC, Rossetto will be hoping to make an instant impact.