Sebastián Vegas: What Monterrey Can Expect From Their New Central Defender 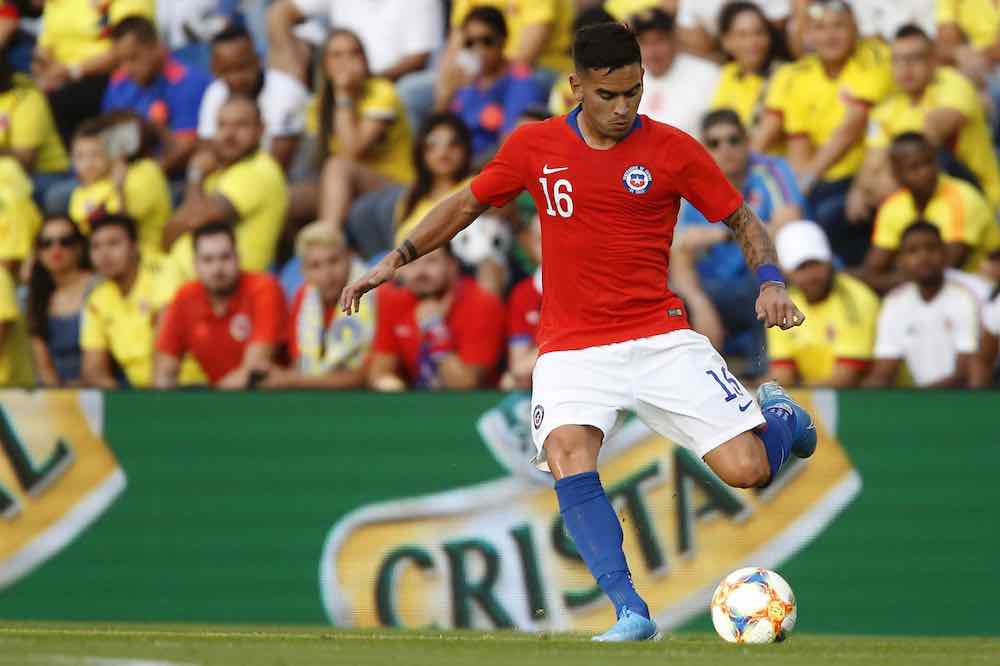 After winning the 2019 Apertura, CF Monterrey finished in last place before the coronavirus pandemic wiped out the 2020 Clausura season.

One of the reasons the Rayados squad struggled to find their form is that their defence relied on three players well into their 30s. José María Basanta, Nicolás Sánchez, and Leonel Vangioni were prominent starters in the Clausura campaign. However, that proved to be the wrong decision.

It wasn’t all their fault, but having three key defenders north of 30 isn’t ideal. As a result, Monterrey wanted to bring some youth into their backline. Back in the winter transfer window, their front office targeted Chile international Sebastián Vegas. However, a deal never materialized.

Nonetheless, Rayados knew the 23-year-old defender was their guy. After Vegas’ club, Monarcas Morelia, relocated to Mazatlán. It provided another opening for Monterrey to get the defender at the top of their transfer wishlist. In early July, Monterrey and Mazatlán agreed to a one-year loan with the option to buy.

So, what exactly are Monterrey getting in Vegas?

Vegas began his professional career with Audax Italiano, which is also his youth club. After spending four seasons with the Chilean team, Vegas ventured to Mexico to join Morelia. There, he became a vital starter and was part of the squad that went to the semi-finals of the Liguilla in the 2019 Apertura season.

During the 2019/20 season, the 23-year-old played as a left-back and left centre-back. With Rayados having two starters at central defence, the Mexican club is hoping that Vegas will become their starter at left-back and replace the departing Vangioni.

Wyscout provides the numbers for Vegas in the last calendar year. The Chile international appeared in 36 matches and logged nearly 3,500 minutes. With that amount of playing time, Vegas averaged 10.2 successful defensive actions per 90 minutes.

The charts below lay out the number of duels won and lost in Vegas’ own third and how effective the young defender was last season for Morelia.

Next, let’s take a look at his defending in action. Below is a play in a match against Club León. The opposition is trying to build up an attack, and when looking at the way Vegas likes to defend, you can see he prefers a pressing style. This play against León is another example of the smothering and lack of space he gives while defending. 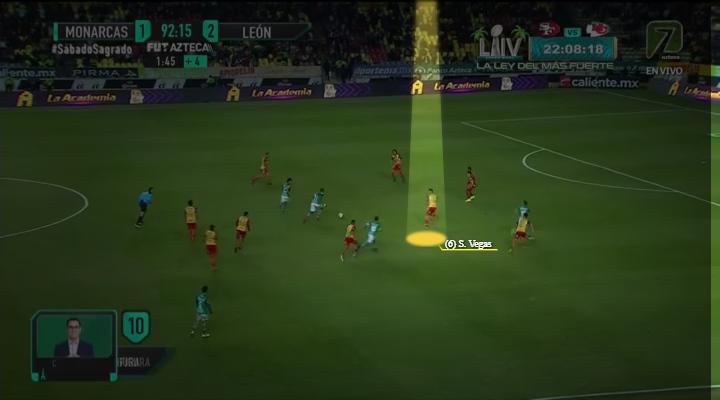 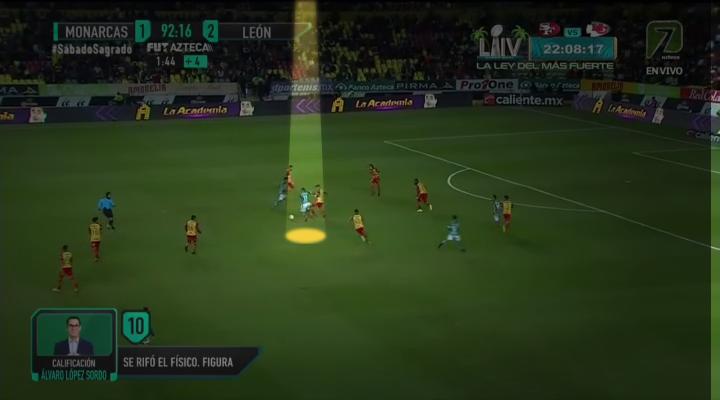 Not just proactive on the ground, Vegas also averages 4.8 ariel duels won per 90 with a success rate of 48.7%. Pressing on the ground and winning in the air is mainly how Vegas executes his defending. The Chile international doesn’t tackle that often to separate the ball from the opposition. Monterrey’s newest defender only averages 1.4 sliding tackles per 90.

One last aspect of Vegas’ defensive game that will excite Monterrey supporters is his interceptions. In the 2019/20 season, the 23-year-old averaged 4.7 interceptions per 90, but when using Possession-Adjusted, which is a statistic that takes possession values into account, Vegas’ PAdj interceptions per 90 sees a significant increase to 7.7.

Perhaps it was just the importance of the match but against Club América in the Liguilla, Vegas displays a bit of the South American style. Nonetheless, it’s a unique example of intercepting a pass or, in this case, a shot. After the opponent takes the ball off his chest, there’s enough space for him to take a quality strike from outside the penalty box. 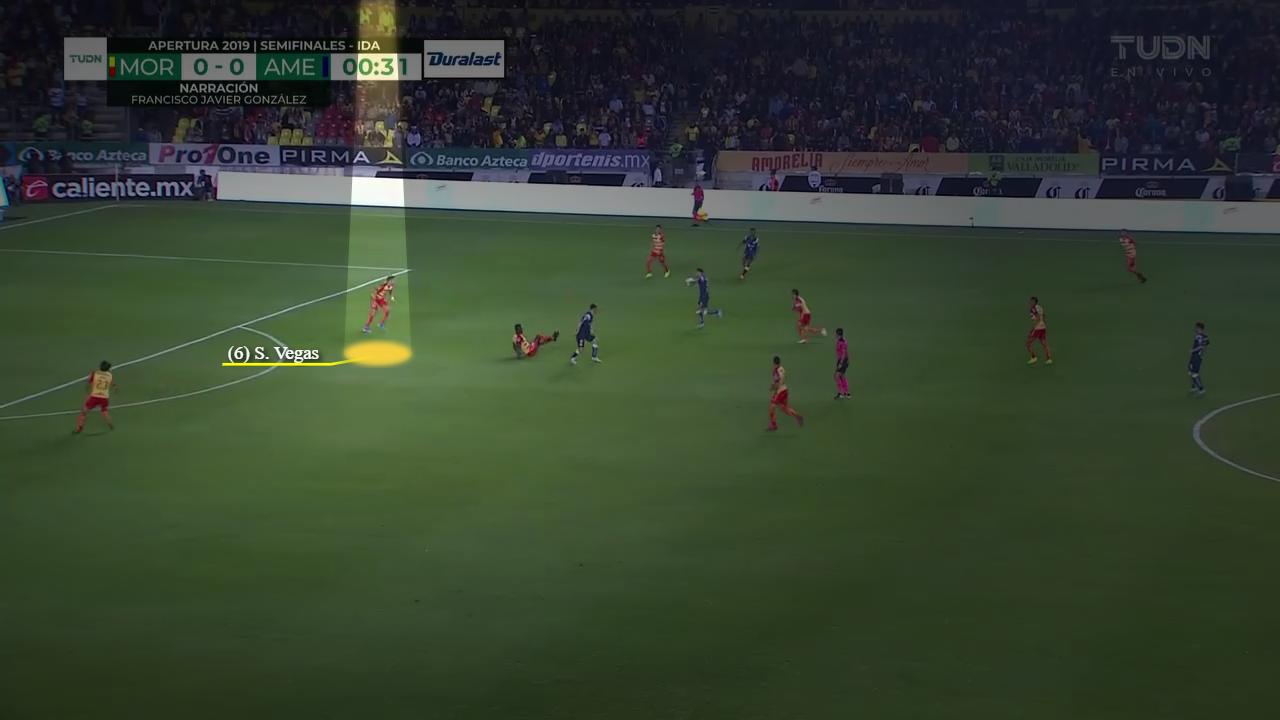 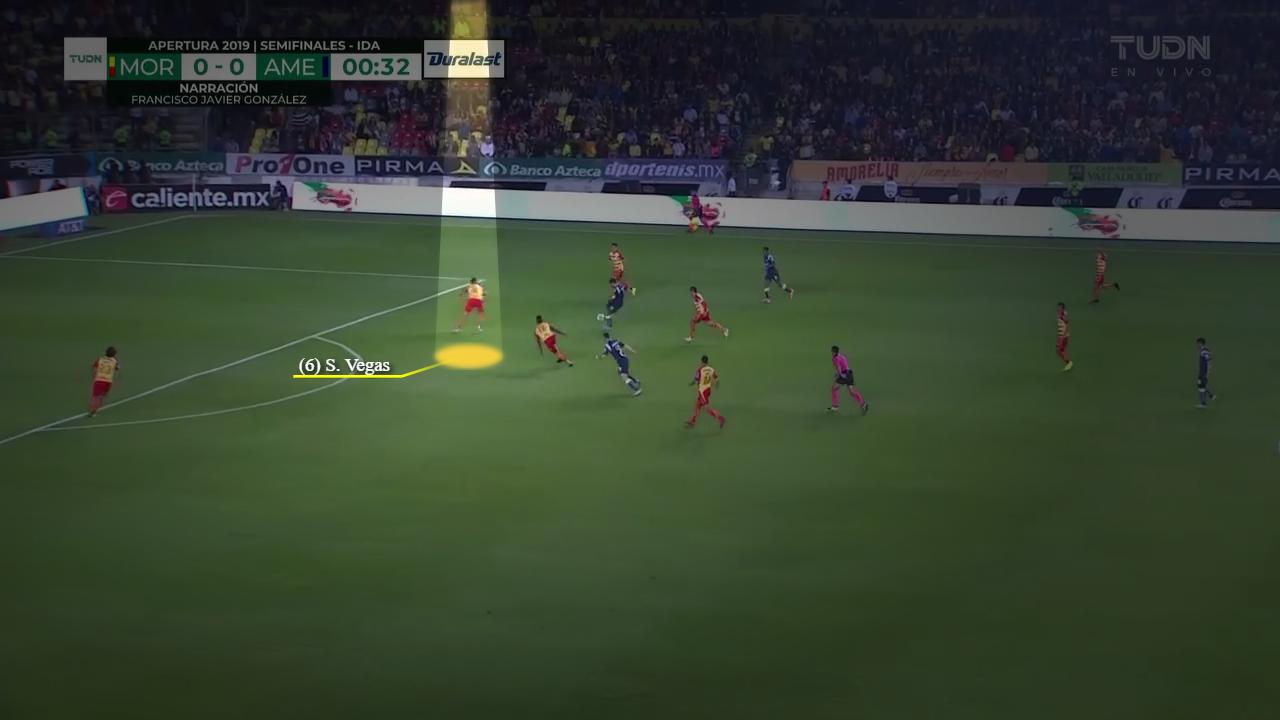 When Vegas realizes that he won’t get there in time to press the América player to cause a turnover or force them to retreat with the ball, he does the next best thing. He disrupts the shot path with his entire body. It’s an extreme case, but it’s good knowing that he will put his body on the line when the games matter most.

Vegas played the majority of his time as a left centre-back last season. As a result, it will be interesting to see how quickly he adjust to playing left-back. It’s one thing to play a position out of necessity, but it’s another when it’s their primary role with a new club.

Despite that, Vegas brings some much-needed youth to the Monterrey defence. If the Chile international plays to his potential, Rayados could have one of the better backlines in Liga MX this Guardianes 2020 season.