Thiago Silva Says Goodbye To PSG Ahead Of Chelsea Transfer 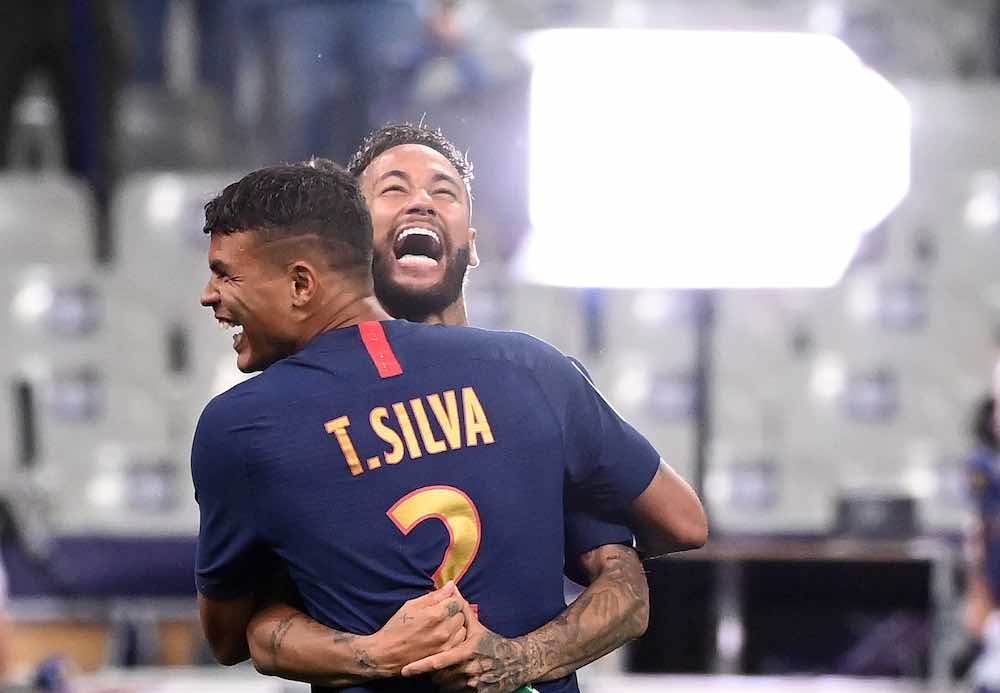 Thiago Silva has said his goodbyes to Paris Saint-Germain ahead of a move to English Premier League side, Chelsea.

The Brazilian centre-back, who turns 36 next month, is expected to join Frank Lampard’s side ahead of the new season and is undergoing a medical today before the club decide when to officially announce the transfer.

Thiago Silva joined PSG in 2012 and has also made over 100 appearances for both Milan and Fluminense, but his contract expired this month with Chelsea offering a two-year deal which proved attractive for a player who is now in the twilight of his career.

“The value of things is not in the time that they last, but in the intensity with which they occur,” Thiago posted on Instagram. “That is why there are unforgettable moments, inexplicable things and incomparable people.”

When speaking about the time he has had at PSG and the service he has given them, the defender decided to quote Portuguese writer Fernando Pessoa, whose essay writing and poetry is considered among the greatest in the Portuguese language. (For anyone inspired to create their own, essay writing services such as Edubirdie will do the hard work for you.) His next post may well be in a different shade of blue.

“Today a cycle is ended,” he added. “After eight years at PSG, I would like to thank my team-mates, the entire coaching staff and board, the fans, my family, God and my friends, for all of the happy years we have spent in the City of Light.

“Here, together with my wife, we have enjoyed unforgettable moments, our children grew up, we became French citizens, and we will carry forever in our hearts these years lived in France. Thank you so much.”

Thiago has 89 caps for Brazil and has captained them on a number of occasions, and was part of the side that won the Copa America in 219. He will add winning experience to the Chelsea defence which is in need of reinforcements due to the focus on attacking areas during this transfer window.

While the move for Thiago is not yet confirmed, Chelsea were able to announce the signing of 23-year-old left-back Ben Chilwell from Leicester City yesterday, for a fee of £50m.

“We are very pleased to have completed our third addition to our exciting squad for the coming season,” said Chelsea director Marina Granovskaia. “Ben brings plenty of top-level experience playing in the Premier League, Champions League and at international level, despite his young age.

“We are confident Ben will adapt very quickly to being a Chelsea player and with the fixture programme for 2020/21 especially busy, he is a fantastic addition to the squad needed to challenge for honours.”

In the centre of defence, it remains to be seen whether a soon-to-be 36-year-old is the answer to the defensive problems at a team who conceded more goals than any side in the top half of the Premier League last season, but it’s at least an attempt to solve this problem. Whether it will be enough will be revealed as the season starts in just over two week’s time.