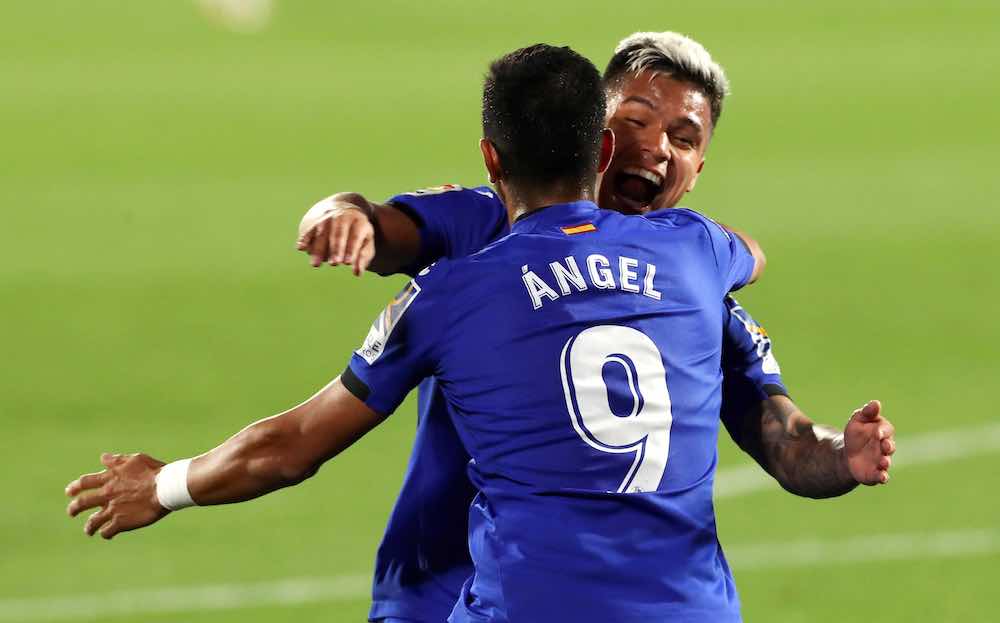 It’s the hope that kills you. Real Betis supporters could have been forgiven for daring to dream after a strong start to the new La Liga season. They recorded consecutive victories and clean sheets against Deportivo Alavés and Real Valladolid before putting in a strong showing in a 3-2 defeat to last season’s champions Real Madrid.

Come the final whistle on Tuesday evening at the Coliseum Alfonso Pérez on the outskirts of the capital, it was Getafe who were celebrating an emphatic victory. They had beaten their Andalusian visitors 3-0 thanks to a ruthless blitz in the first half to send their opponents back to Seville with their tails between their legs and inflict damage on the early optimism of their long-suffering supporters.

The hosts were good value for their victory. Lining up in their tried-and-tested flat 4-4-2, they recorded just 30% of possession and a pass completion rate of just 58% but were devastatingly effective in their counter-press and unforgiving when given a sight of goal.

A pillar of Betis’ early success has been the strong double-pivot of Guido Rodríguez and William Carvalho. Both were made to look rather ordinary on this occasion, with the Getafe front six hunting down possession like a pack of hungry lions.

Getafe scored inside the first quarter of an hour. Marc Cucurella, in joyous form, switched the ball from the left flank to find Cucho Hernández, who knocked it down to Allan Nyom at the edge of the area. He played a delicate, lifted ball to Ángel Rodríguez, who executed an acrobatic chilena to send the ball past the unconvincing Joel Robles and (after a VAR review) send his team into an early lead.

Cucurella doubled their advantage five minutes before half time. Hernández, so often a torment alongside the predatory Rodríguez, had found the young Catalan in a central position. He took a touch to beat the static Marc Bartra before shifting his weight onto his right side and unleashing a ferocious effort that sailed into the top corner. Bartra, playing out of position at right-back, tried to respond with a hopeful drive from distance, but saw it easily dealt with by David Soria.

Moments later, Getafe compounded Betis’ misery. Carvalho gave up possession under pressure in midfield, allowing Hernández to carry it forward before playing in Rodríguez who finished coolly to score his second and Getafe’s third.

It was evident that the hosts weren’t going to be beaten. Immediately after the third, Betis broke dangerously only for Djene Dakonam to shut down Juanmi with imperious style. Sergio Canales tested Soria with a speculative free-kick, but the goalkeeper once again stayed strong.

The second half was largely uneventful. Getafe were content to protect their advantage, while Betis plainly knew they were beaten. Things got even worse for the Andalusians in the final ten minutes when Aïssa Mandi was sent off after committing two niggly fouls in quick succession — first on Cucurella, then on Jaime Mata — to become the second Betis player sent off in consecutive games after Emerson’s dismissal last Saturday against Madrid.

Canales had one more attempt on goal in the 89th minute, but his effort failed to hit the target. He raised his eyes to the heavens, imploring a release from this torture. The referee granted his wish by blowing the final whistle.

Loading...
Newer Post
Lazio’s Lion: Francesco Acerbi Finds Form With Biancocelesti & Should Be Considered For Captain’s Role
Older Post
Goal! At 15: Has The Footballing Rags To Riches Tale Stood The Test Of Time?