Goal! At 15: Has The Footballing Rags To Riches Tale Stood The Test Of Time? 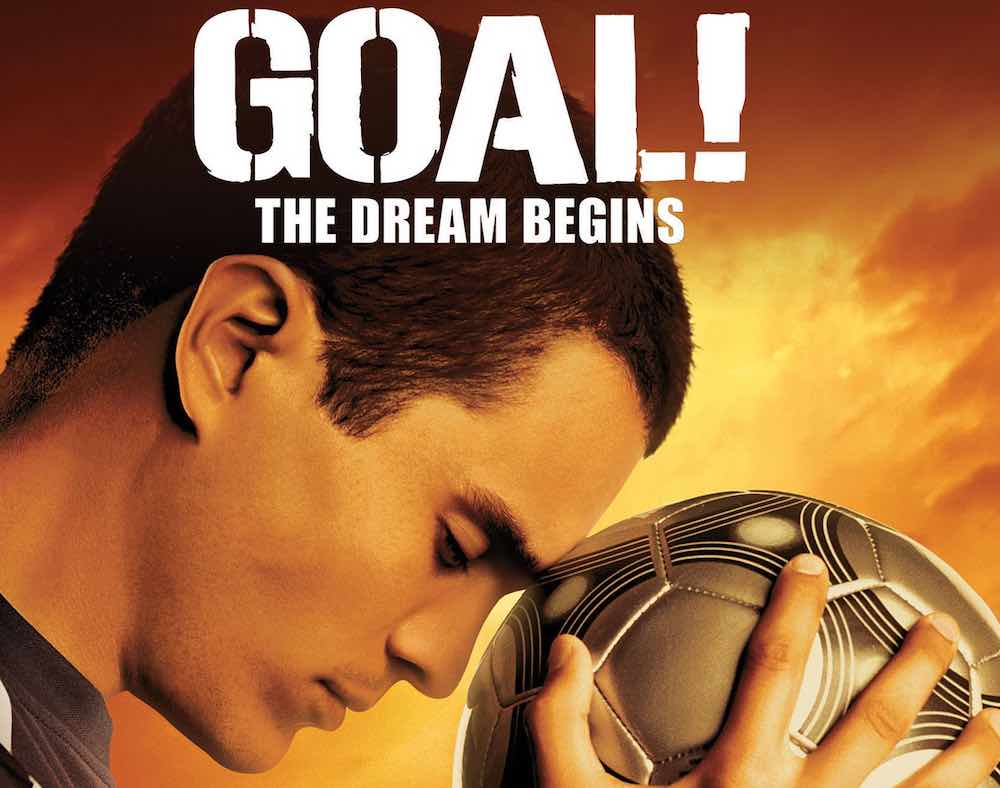 It was a mild August evening on Tyneside when Aaron Hughes blazed a penalty high over the bar and into the sea of black-and-white-clad supporters behind the goal. Wednesday 27 August, 2003, to be precise — at the end of an energy-sapping Champions League third qualifying round second leg between Newcastle United and Partizan Belgrade.

The miss, coming in sudden death of the shootout, would prove costly. Milivoje Ćirković of the Serbian side stepped up next, sent Shay Given the wrong way, and dumped the Magpies out of Europe.

That’s what the records will tell you, anyway. The last time Newcastle actually took the field in a Champions League fixture, however, was some time after that. That is, if you accept the alternative version of footballing history laid out by Mike Jefferies, Adrian Butchart, Dick Clement and Ian La Frenais — the writers of the 2005 film, Goal!

Directed by British filmmaker Danny Cannon, Goal!, or, in some territories, the more clunkily titled Goal! The Dream Begins, ends with Newcastle earning a spot in Europe’s elite club competition after coming from behind to beat Liverpool on the final day of the season, courtesy of a last-minute free-kick by young Mexican protagonist Santiago Muñez (played by Kuno Becker).

Culminating in the St James’ Park faithful discovering their newest hero in a team already boasting the likes of Alan Shearer, Laurent Robert and Patrick Kluivert, the pathway of this fictional footballing prodigy is, unsurprisingly, littered with adversity.

Everything from financial hardship to family frictions, dented confidence to health conditions, and culture clashes to tragedy threaten to derail him as he makes the transition from sunny Californian soccer to England’s rain-battered North East and a quasi-religious footballing realm.

Weaved in between are all the slip-ups, the second chances, the montages, the shoehorned player cameos, the paternal former pros, the complacent playboys, the wise, Wenger-esque coaches, and, in the end, the spectacular winning goal that has come to define the football film — genre conventions as ubiquitous as the 4-4-2 formation. As adherence to sporting cliché goes, Goal! gets everything but the kitchen sink.

But, aside from its more arbitrary takeaways — the inspired use of Kasabian’s “Club Foot”; the pronunciation of “Full-ham”; an old Geordie lady telling Alessandro Nivola’s Gavin Harris that he’s shite — how has the film’s mawkishly melodramatic rags to riches tale stood the test of time in the 15 years since it first played to UK audiences?

Much like Newcastle United’s on the field — and, let’s face it, off the field — exploits since 2005, it’s very much a mixed bag of results. As something of a measure of its popularity, a 2018 twitter poll run by SPORTbible crowned Goal! the greatest football film of all time, with its own sequel, Goal II: Living The Dream, coming a close second.

By virtue of those who grew up on Santiago Muñez likely being significantly more active on social media than those raised on the likes of Pelé, Michael Caine and Sylvester Stallone in Escape to Victory, it seems like a fairly biased census, however: an investigation that seems to disproportionately favour Cannon’s film.

Goal!, sadly, is not the best football film ever. For starters, it’s not a patch on Brian Clover and his one-man match in Ken Loach’s classic 1969 British drama Kes. Very few movies are, for that matter.

Secondly, it never quite reaches the same level of narrative nuance and cultural insight of something like Bend It Like Beckham: a film that, incidentally, it eclipsed by over 4,000 votes in the SPORTbible poll.

While Goal! might occasionally tease some intriguing sub plots — Harris’ neglected girlfriend; a promising youngster’s career-ending injury; a comment on privilege more widely — any such interest is pushed abruptly to the periphery once Santiago has a decent 10-minute cameo at Craven Cottage, reaps the plaudits, and gets chummy with the likes of Becks, Raúl and Zinedine Zidane.

Thirdly, and most glaring of all, Goal! is a film that unashamedly reinforces the same lazy stereotypes that for years have been naively popularised by Hollywood. The dysfunctional domestic dynamic, the masculine tensions, and the family hovering precariously above the poverty line might all pass for acceptable, if somewhat familiar, conventions of a well-trodden formula, were it not for an inexplicable mid-film reveal of Santiago’s ties to gang culture: a revelation that is both entirely unearned and completely at odds with the character’s seemingly unassuming demeanour and unwavering ambition. And, worse still, as established in the movie’s opening seconds, the Muñez family, being Mexican, must therefore be immigrants who have ventured illegally to the US in hope of a better, more prosperous existence.

That said, in an age of Trumpian walls and media outlets chasing down refugee boats crossing the English Channel, what is undeniably Goal!’s most troubling component might also be its most compelling. Put simply, in 2020, there is something wonderfully apt about the tale of a Mexican migrant making it big, and a feature that gives Cannon’s film something of revived relevance.

Similarly, in the casting of Becker, not only does Goal! have a then-unknown screen performer that seems to align nicely with the role of a young footballer plucked from obscurity and dropped into an entirely unfamiliar way of life (as well as a roster of seasoned British actors), but, crucially, a Mexican protagonist actually played by an actor of Mexican heritage.

With calls for diversity and authenticity in the movie industry gathering significant momentum in the years since Goal! first graced cinema screens, the refrain from ‘whitewashing’ at a time when such discourse wasn’t nearly as prominent in the social conscience, is an increasingly admirable feature of Cannon’s footballing saga.

Ultimately though, where Goal!’s heart truly lies is in its joyous celebration of sport’s ability to transcend background and borders, its capacity to defy wealth and class, and, perhaps at its most pertinent right now, its power to promote unity by fighting the politics and prejudices of the day.

“I play football. Or, at least, I hope to,” explains Santiago to a passport officer eyeing him up rather suspiciously on arrival at Heathrow airport.

“I have a trial with Newcastle United,” he pleads. After a moment of uncertain silence, his colleague shuffles over.

“Newcastle?” he asks plainly. “We need all the help we can get.”