Pity Martinez To Leave Atlanta United? What We Know So Far 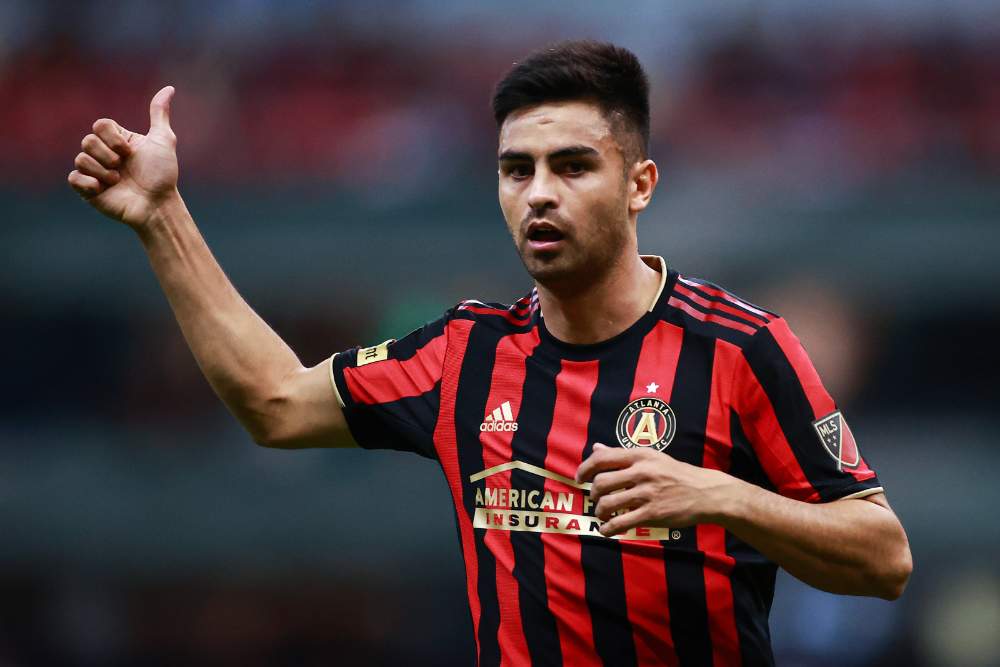 Atlanta United played out a drab 0-0 draw with Inter Miami on Wednesday night but that was by far the biggest headline surrounding the club.

Erick ‘Cubo’ Torres missed a golden first-half chance for the Five Stripes, while former Atlanta United defender Leandro Gonzalez Pirez fired over the bar from close range for Miami after the break in a game starved of goalmouth action.

However, it was the news that broke prior to the match that Designated Player Gonzalo ‘Pity’ Martinez was on the verge of leaving the Mercedes-Benz Stadium which got people talking.

As reported by TyC’s Cesar Luis Merlo and The Athletic’s Felipe Cardenas, Atlanta and Martinez — who was left out of Wednesday night’s squad — were “reviewing” an offer in the region of $18 million from Al-Nassr FC in Saudi Arabia. Martinez’s former club, River Plate, would receive $324,000 of that fee, should the transfer go ahead.

Al-Nassr are the second-most successful club in the history of the Saudi Professional League, winning eight titles to date, the most recent of which came in 2018/19. “The International” boast former Galatasaray playmaker Nordin Amrabat and ex-Leicester City forward Ahmed Musa among their ranks, while former Benfica coach Rui Vitoria currently occupies the dugout.

Has An Offer Been Accepted And Does Pity Want To Move?

Ahead of kick-off on Wednesday night, Atlanta United president Darren Eales confirmed that a deal had been agreed “in principle” and that Martinez will undergo a medical, revealing the player himself “wants” the transfer.

“It was something the player wanted,” Eales said. “It was a chance for him, and he wanted to make that move. We’ll look to replace the DP slot in this window.

“In an ideal world, we’d want to do our business at the end of the season. But, for us, this was the right move for the club and the player. You have to be ready to move when this opportunity takes place.

Darren Eales confirms that a deal has been agreed in principle between #ATLUTD and Al Nassr FC for Pity Martinez. https://t.co/VkcOsu4AS2

“We’re always looking to invest in younger talent, and this is an example where we took the South American Player of the Year, and we moved that player where it’s a good move for him and we get more than our money back on that deal.

“We always are looking to reinvest and reload. The reality is the specifics of this deal was in the best interest of the club and the player. But that isn’t saying we aren’t looking to have success this season. So we will be filling that DP spot.”

What Next For Atlanta United?

The reported $18 million on the table for Martinez is far more than most Atlanta United fans could have hoped for, given that he was signed for $14 million just over 18 months ago and has been incredibly inconsistent in Major League Soccer, despite scoring in the Five Stripes’ US Open Cup final win over Minnesota United last season.

This leaves Atlanta with some serious cash to spend during the current transfer window. Eales went on to confirm the 2018 MLS Cup champions will indeed refill that third DP spot, making a commitment to taking the rest of the 2020 campaign seriously.

“I don’t want any of our fans to think this is something where we have the deal and sit tight. No,” he added. “We’re going to fill that DP slot this window. We have more than 50 per cent of the season to play.”

Martinez’s departure would mean Paraguayan prospect and new arrival Erik Lopez can be moved into the senior squad. However, Atlanta interim head coach Stephen Glass will no doubt be yearning for a more experienced match-winner to come in and rejuvenate his struggling side.

The Five Stripes have most recently been linked with Juventus striker Gonzalo Higuain, but the Argentine is now seemingly on the verge of joining Inter Miami, while in August, previous midfield target Jonathan Gonzalez was confirmed to be staying with Monterrey until January at least, with Atlanta’s advances for the Mexican rejected.