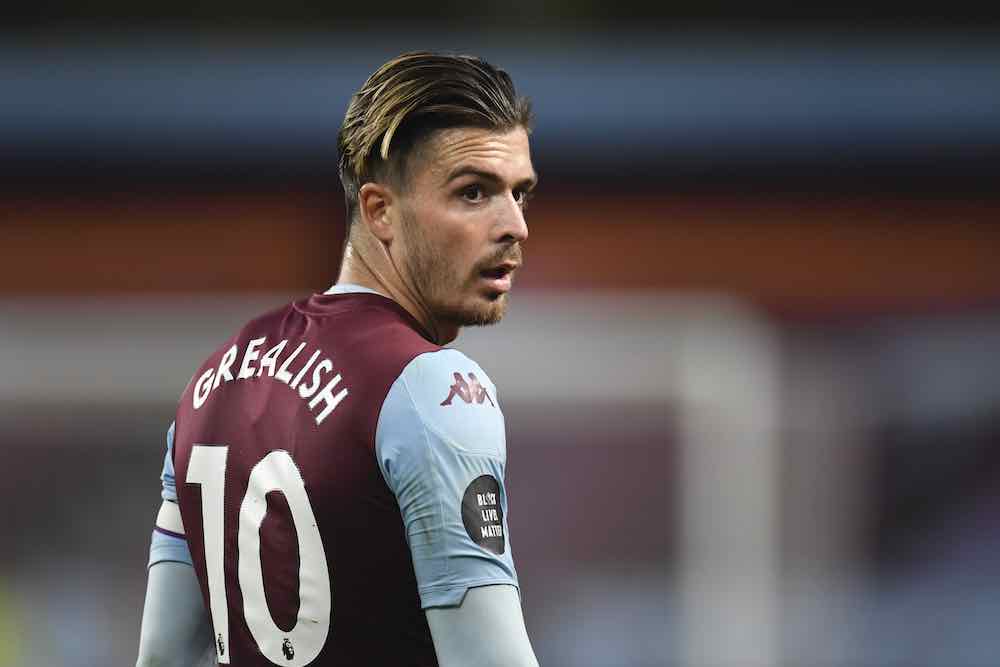 Aston Villa have finally managed to tie down star player and club captain Jack Grealish. The new five-year deal could see the 25-year-old remain at his beloved Villa for the rest of his career.

The new deal is believed to have a large release clause after several Premier League clubs, most notably Manchester United, showed interest in the attacking midfielder this summer.

The club have protected their top asset just days ahead of their Premier League opener, and Villa fans will be pleased that one of their own has chosen to stay. One-club players are considered something of a novelty these days, and Grealish’s decision to stay is a breath of fresh air. 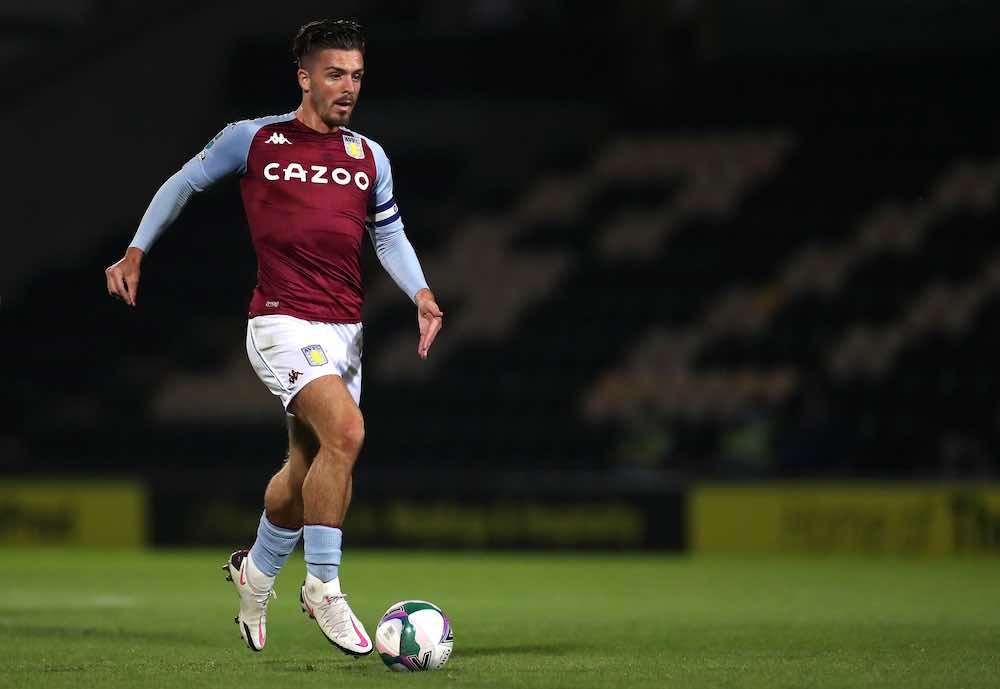 Grealish, speaking to Sky Sports during a post-match press conference after Villa’s Carabao Cup victory over Burton Albion, was asked whether or not it was 50-50 if he would stay.

“Yeah I suppose it was,” he said. “I had a good season last season, there was interest, but I believe everything happens for a reason and I’ve happened to sign a new contract here, and I’ve got the biggest smile on my face.

“I decided that I wanted to stay after I had a chat… well saying that I always wanted to stay — it’s Aston Villa, it’s a club that’s close to me and my family, I think everyone knows that.

“But there’s been speculation through the summer. I had a FaceTime call with the owner on Saturday, he said what his ambitions are for this season and that persuaded me if anything.

“I spoke to the manager and Christian Purslow, who’ve both been a breath of fresh air since they’ve come in. Yesterday talks got underway, and it was done within 24 hours, it was quite an easy one and now I’m delighted to have signed it.”

Grealish’s decision to remain with his boyhood team is set to be the catalyst in what supporters hope will be a resurgence towards the glory days. Villa Legend Ron Saunders took Villa to their last league title in 1981. The Holt End faithful were then treated to the clubs only European success as the Villains defeated Bayern Munich 1-0 courtesy of a Peter Withe goal the following year.

It will take Aston Villa more than tying down the club’s best talent to achieve success on that scale again, but the ability to keep hold of such a highly prized player and fend off suitors such as Man United will give fans confidence the club is continuing its rise back to the top table of English football.

The club had already confirmed the signings of Nottingham Forest midfielder Matty Cash and Brentford forward Ollie Watkins before Grealish had put pen to paper on his new deal. Cash cost £16m whilst Watkins became the club’s record signing at £28m. Grealish’s decision is believed to be crucial in more players coming in.

Emiliano Martínez has since joined from Arsenal after an impressive run in the Gunners side at the tail end of the last campaign, culminating in an FA cup winners medal after 10 years service with the North London club.

Villa are also set to complete the signing of former Chelsea forward Bertrand Traoré from Lyon in a deal worth up to £19m, subject to the Burkinabé being granted a work permit. Traoré played with Villa assistant coach John Terry in his Chelsea days and should fit in nicely to the Villa set up, bringing invaluable Champions League experience as the club look to climb the league and better their dramatic relegation survival from last season.

Jack The Lad Realising His Potential

Grealish debuted for Villa in the penultimate Premier League game of the 2013/14 season, coming on in the 88th minute in a 4-0 defeat against Manchester City. He has since gone to make 189 appearances, 70 of which have come in the Premier League.

The England midfielder has been involved in misdemeanours in the past, and in 2015 apologised to manager Tim Sherwood for unprofessional behaviour, but his reputation was falling.

That year Villa went on to fight relegation and ultimately were unable to save themselves from the drop, ending their 24 year run in the Premier League.

Grealish was unable to push through a move away from the Midlands club, even though transfer rumours at the time had heavily linked him with a move to Tottenham. The deal never materialised and Grealish dropped into the Championship to start rebuilding his career and reputation.

Villa spent three years in the Championship and Grealish was Instrumental in their promotion back to the Premier League in 2019, scoring six goals and inspiring the club to a play-off final victory against Frank Lampard’s Derby County.

Since Villa’s promotion back to the Premier League — barring a lockdown breach back in March — the young Englishman has gained many plaudits from fans and pundits alike, scoring eight and assisting six goals as Dean Smith’s side battled against relegation. They ultimately survived the drop and avoided an immediate return to the second tier. 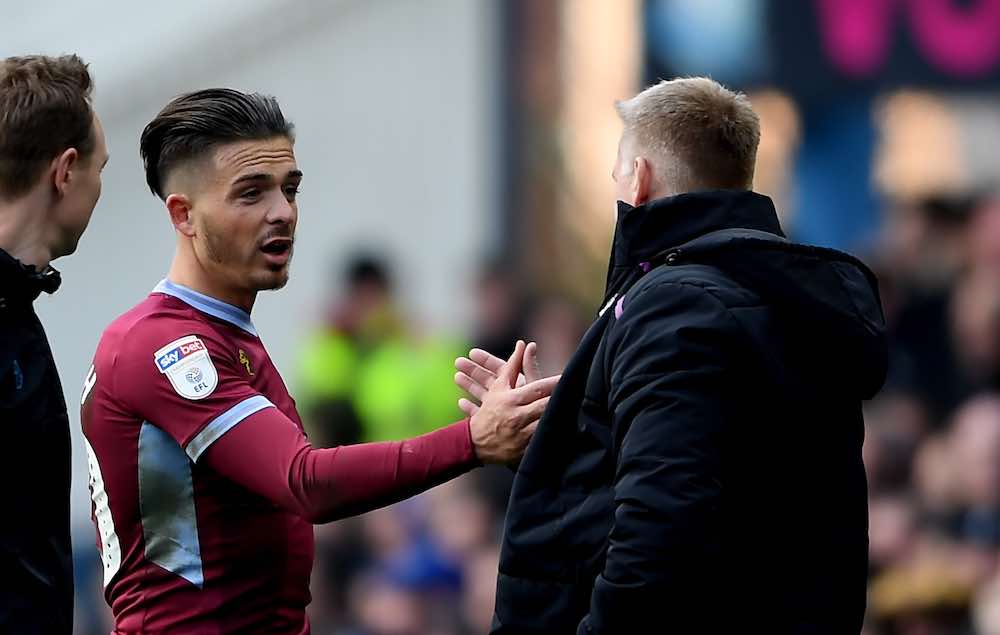 Grealish’s performances finally caught the eye of England manager Gareth Southgate and the lad from Solihull finally got his chance to show Southgate what he could do.

A 15-minute cameo showed us glimpses of what the midfielder is capable of as he glided past several Danish defenders before seeing his cross blocked.

Southgate has been open with his reasons as to why Grealish was only called up as a replacement in his latest squad, citing players such as Marcus Rashford, Jadon Sancho and Raheem Sterling as players ahead of him in his position — a position Grealish himself does not quite appear to agree with.

Speaking back in February Grealish said “I’ve always said my favourite position would be playing in midfield. That is where I would love to play for England.” 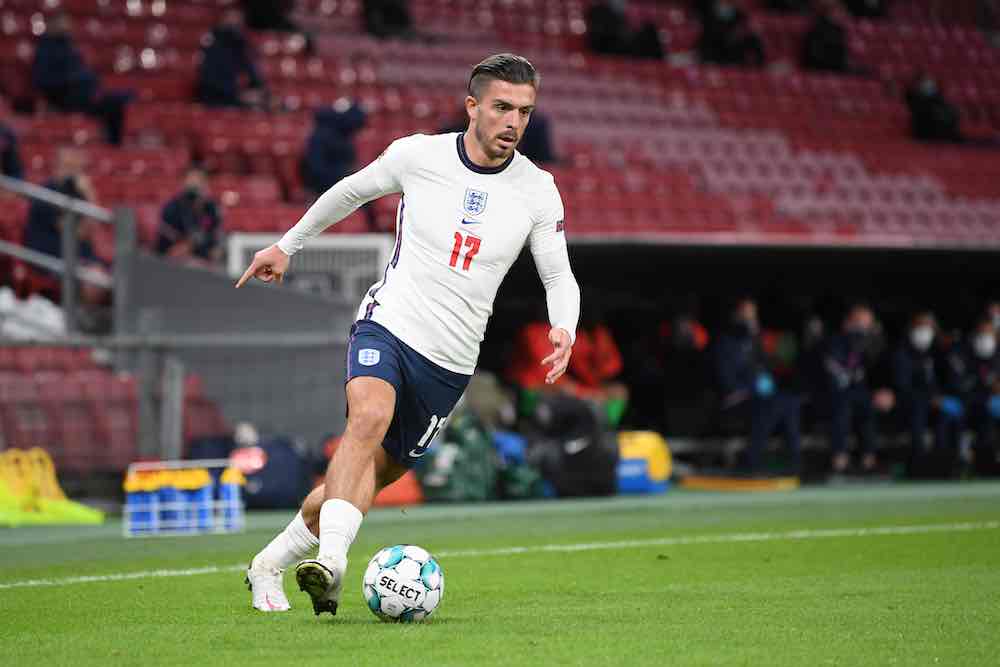 A player who many have compared in the same breath as Paul Gascoigne, Grealish himself clearly sees his future for club and hopefully country in the centre of midfield. A position in which England have struggled to form any real partnerships during Southgate’s tenure.

Grealish will hope with the addition of Bertrand Traore along with the club’s keen desire to keep hold of him that he can finally play in a more central role under Smith, having been used in wide left position for most of last season.

The England and Aston Villa midfielder will have a lot to do if Southgate is to consider him for that role, but as Villa’s key playmaker and captain, his focus will be turned to the club’s opening Premier League fixture against Sheffield United this coming Monday.

Loading...
Newer Post
The Bundesliga Returns For 2020-21 Facing Challenges On And Off The Pitch
Older Post
CanPL Island Games: HFX Wanderers and Forge To Meet In Final