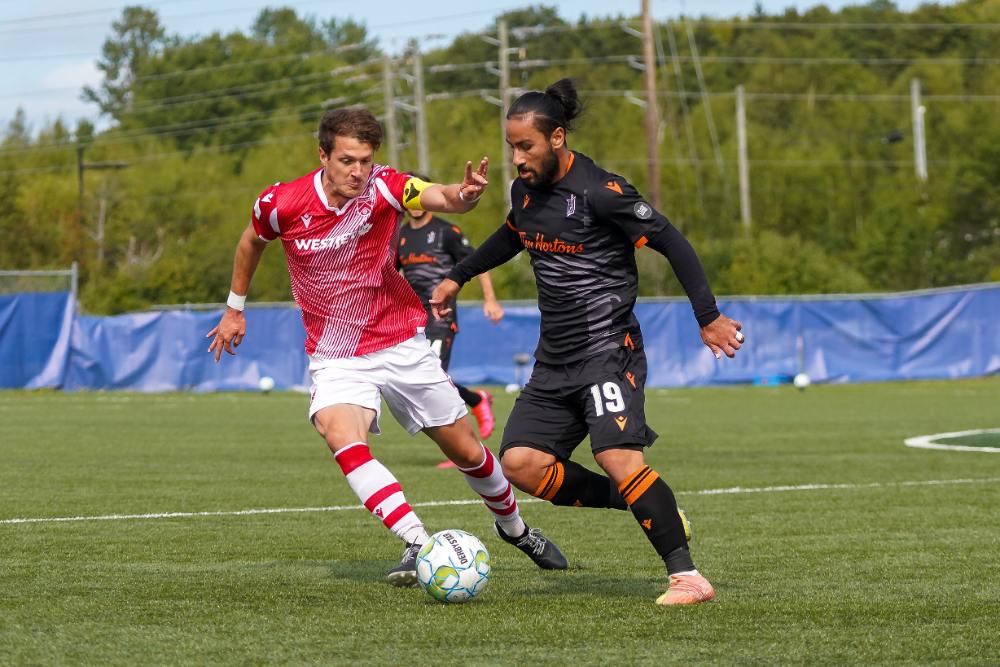 The 2020 revised Canadian Premier League final will be contested between HFX Wanderers and Forge FC following the completion of the final Island Games group stage fixtures this week.

The Nova Scotia-based club HFX saw their qualification confirmed early on when Cavalry FC lost their clash with Forge, gratefully from a Wanderers’ perspective as they were thrashed by an already eliminated Pacific FC side.

Here’s how the final group stage fixtures played out as the final two were decided.

A winner-takes-all repeat of the inaugural CanPL final last year, Cavalry started the match the better of the two sides with multiple half-chances going begging. They were made to pay for their tardiness in front of goal before the half-hour mark when Molham Babouli broke clear of the Cavs’ defence and neatly chipped the onrushing Marco Carducci — the ball bouncing down off the crossbar and comfortably over the line to give Forge the lead.

Tommy Wheeldon Jr’s side pushed hard for an equaliser but, in doing so, often left the backdoor open for their opponents, leading to many chances for both sides. Striker Marcus Haber came closest for the Cavs as his multiple headers ended up either high, wide or in the ‘keeper’s arms.

Ultimately, with injuries and fatigue catching up, it wasn’t to be for the Calgary men, their failure to pick up a positive result meant HFX Wanderers were booked in the final to meet last year’s champions, Forge.

Despite being guaranteed a final berth, this result and performance was no way to head into a crunch match for Stephen Hart’s side as they were humbled by the already eliminated Pacific.

The goals began after just eight minutes when Terran Campbell got in front of his marker to head home a lovely Marco Bustos delivery. This opened the floodgates as a Bustos brace and a strike from Alejandro Liceaga — again assisted by Bustos — made the score four-nil at half time. The talented Bustos’ second goal a joy to behold moments before the break as the Islanders ran riot.

Another 2 goals & 2 assists during the first half for Marco Bustos, taking his Island Games total to 5 goals & 3 assists. His vision & decisiveness in the final third has been extremely impressive

After some stern words from Hart, HFX did improve slightly in the second half, only a Victor Blasco goal in the 81st minute adding to the Pacific tally. Wanderers fans will be thankful they did not need to earn a point from this, their worst performance of the summer.