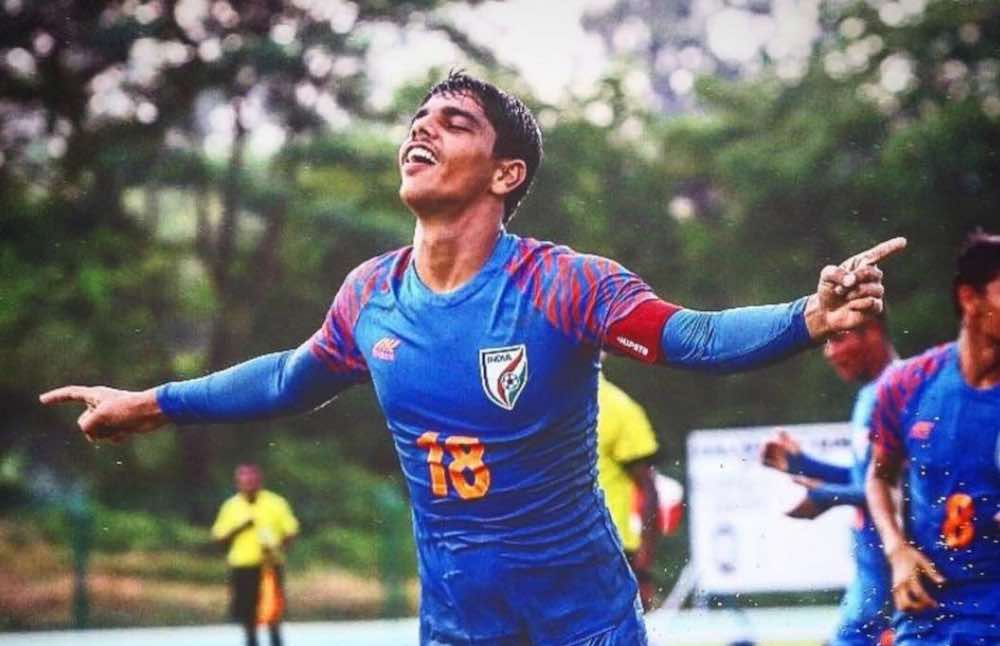 Himanshu Jangra is considered one of the most exciting talents in Indian football. The striker, a product of the illustrious and hugely successful Minerva Punjab academy, has shown remarkable progress even at such a young age.

Himanshu became the youngest player to debut in the I-League, one of the two top-tier Indian leagues, catching the eye while playing for the senior team of Punjab FC at the tender age of 15.

“It felt great to make my debut in the I-League for the senior team at such a young age, but I didn’t really think about my age at that time,” Himanshu tells WFi. “I was just focused on doing well for my team and giving my best on the pitch.”

He has also represented India at youth level, and was part of the team that won the gold medal at the South Asian Football Federation Under-15 Championship in 2019.

“Just hearing the name of my country ‘India’ gets me really excited and full of energy,” he says. “It felt great to wear the national team jersey and play for my country, it really boosted my confidence levels.”

He was the star of the show, scoring seven goals including two hattricks to win the Golden Boot at the tournament and lead his team to victory.

The youngster has very recently signed for Mohammedan SC, one of the oldest and most popular clubs in the history of Indian Football.

“I always wanted to sign for a club which wants to create history and has big ambitions,” he says of the move.

“Besides that I always wanted to play football in Kolkata with it being the hub of Indian football. I’m really looking forward to it.”

The Black Panthers, as they are known, will be hoping that Himanshu, along with some of their other signings, can bring the glory days back at the club.

Even at this early stage in his career, Himanshu is keen to acknowledge his roots. Training at the Minerva academy and playing for the senior team of Punjab FC played a big part in his development, and he has fond memories of this time.

“I am really thankful to everyone at the Minerva Academy,” he recalls. “My time at Minerva has helped me get to where I am today, and my time there made a warrior and instilled a fighting spirit in me.

“I was trained there right from the under-13 level and was given the chance to progress through the levels. Even besides the [main training] sessions, we were allowed to stay [behind] and hone our skills.

“The coaches and the staff were extremely supportive, and I would like to thank every single coach and staff member who has helped me in my career so far.”

He names Brazilian centre-back Danilo Quipapa as one of the toughest opponents he has come up against so far, describing him as “a tough nut to crack”, and in terms of inspiration, his idols are Sergio Aguero and Zlatan Ibrahimovic, both of whom he looks up to as a young striker.

Himanshu will once again be donning the Indian jersey as he has been named in the final squad of the India U16 team which will take part in the 2020 AFC U-16 Championship, held in Bahrain.

He certainly has a bright future ahead of him and it will be exciting for fans of Indian football to see how his career progresses.