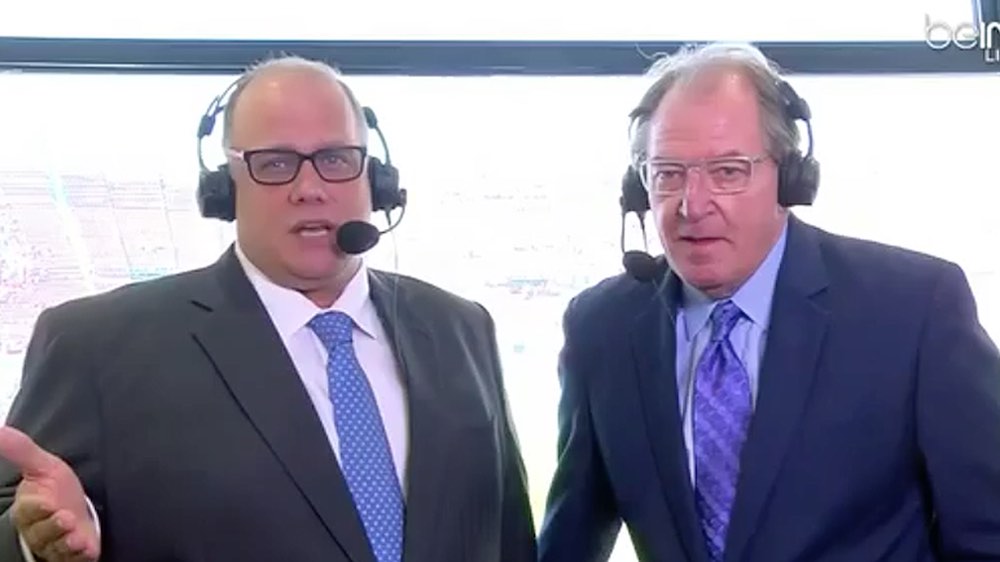 Jerry Mancini spoke to one of beIN Sports lead commentators Phil Schoen for WFi. They discussed his time working alongside Ray Hudson, his work at World Cups, and Serie A.

Some of the biggest events you’ve been able to commentate has been the 1994, 1998, and 2006 World Cups. Of these three World Cups, which one did you enjoy working at the most?

“It’s a hard question because I’m the type of guy that loves the sport. People ask me, what was my favourite game? I’ve done so many Clásicos, World Cups, Champions League, Copa Libertadores and Copa Americas.

“There’s something about the sport that just grabs my heart and soul. Growing up an Arsenal fan, a lot of people wonder if I still am. I know there’s always a danger of that colouring, your commentary. If anything, it probably makes it harder when I do an Arsenal game just because I’m a little bit more demanding and have more expectations.

“In regards to those World Cups, I think they each have their moments. For 1994, I was doing radio. There was something thrilling about that. It was towards the start of my career and it was a crescendo, it was a peak moment that the World Cup was coming.

“In 1998, I was part of ESPN, which was fantastic. I wish I could have gone. Then in 2006, [I got] a chance to do radio again, which is probably actually my true love. I think you get a chance to do more, to be more creative and more artistic. To paint a brighter picture as opposed to when you’re doing television. That one was in Germany and I got the chance to go to some of the events live.

“I think from a life perspective, it probably was 2006. Living over in Germany at the time and falling in love with the country. I’d say every single one has some amazing moments that I’ll cherish forever.”

You have been able to work alongside the legendary Ray Hudson. What has it been like to work with him?

“My first exposure to Ray was when he was a nineteen-year-old kid from Newcastle loving life on the beaches of Fort Lauderdale. To watch him play, there was a certain joy in his game.

“Some people think that what he does is extremely scripted or just an act, and it’s not. He’s a very intelligent guy although he downplays it. He does a lot of reading, a lot of thinking, he comes up with possibilities, but then he finds the right time for them. I think that’s the artisanship meeting the artist.

“I don’t know if there are many people who can analyze a game technically and tactically yet still have the passion. I think there are some very good commentators out there but the one thing about Ray is his ability to keep his finger on the pulse.

“I think it’s also interesting that it’s not really an act, that is Ray. When the microphone is on, when the game is on, maybe he takes it up a notch but it’s not like jumping from one to eleven. It’s the microphone amplifying the person that Ray really is.

“He just has so much passion that he can’t keep it bottled up and I don’t think anyone wants him to.”

There were a lot of outstanding managers last season in Serie A. If you had to choose your manager of the year in Serie A, who would it be and why?

“I would say [Gian Piero] Gasperini would be there but the fact [is] that [Simone] Inzaghi has done something that I don’t think anyone gave him credit for.

“Gasperini has a reputation of being a journeyman, a little bit of a tinker, maybe a young team coach, who falls short when he’s given the superstars, when things get tight. I think what he has done, though, has been phenomenal.

“Maybe one of the most attractive teams in Europe and in modern football to watch. But again, you need to give the tip of the cap to Simone Inzaghi, for doing the unexpected.

“I think a lot of people thought Atalanta would challenge for Europe. Maybe that they would fade from the Champions League but they still be in that top picture for top seven or so. So, full credit to what they have done.”

Do you have a favourite team in Serie A? If so, have you called any of their games and was it difficult to stay objective on the calls?

“When I was watching Star Soccer back in the 70’s, I fell in love with Arsenal. It was something about that team. I love Liverpool, I love Nottingham Forrest, the way that they play, but there was something about that Arsenal team that just grabbed my heartstrings. I guess they were just hard workers, with a touch of skill and totally different to what Arséne Wenger turned them into later.

“When I’ve done Arsenal games, it’s almost as if I’m harder on them because I expect more. I try to play it down the middle. Some fans, as I mentioned earlier, might think I’m taking sides but really if you pay attention, I’m almost going through Team A, Team B, and neutral. Most of the times when I’m doing games with Ray, I’m trying to be a foil and maybe throw out a negative to let Ray throw out a positive.

“As far as the specific question, when I was growing up, occasionally on the Univisions and the Telemundos of the world, we would see some Serie A here and there. But it was a lot harder to get back in those days. I remember from afar and then later in the 90’s, getting a chance to watch those Milan sides. Sampdoria even back in those days was a phenomenal team to watch.

“When it came to Serie A or even in Spain — where I’ve done most of the broadcast over the past couple of decades — that battle of trying to stay impartial, I’ve actually found it relatively easy. I don’t want to say there’s no passion because it’s a game of passion and if you’re not sharing that passion, the fans at home who are feeling it won’t be able to connect.

“As far as trying to avoid any bias here or there, I guess it’s something in which the way I was raised and came up in this sport and came up in broadcasting, it hasn’t really been that much of a problem.”