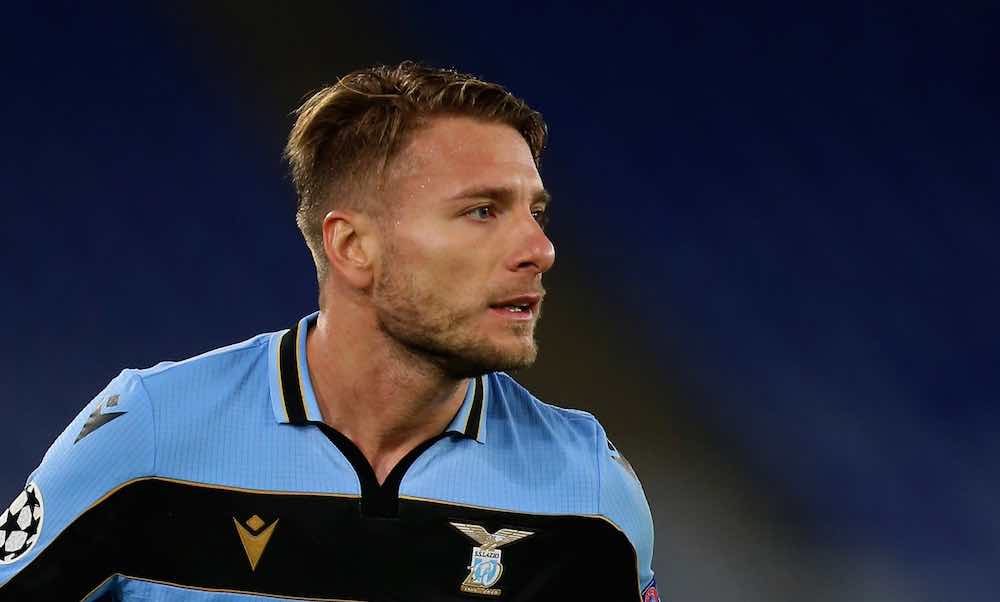 Just days after their victory in the Champions League against Borussia Dortmund, Lazio returned to Serie A as they hosted Bologna at the Stadio Olimpico.

Luis Alberto and Ciro Immobile scored the goals that ended Lazio’s three-game winless streak, even though a late Lorenzo De Silvestri goal led to a tense final few minutes as the home side hung on.

“We took our foot off the gas a little towards the end and their goal scared us,” Immobile told DAZN.

“Bologna are tough to face, they were determined to turn their recent form around, but we were solid and converted our chances.

“We put in a great Champions League performance midweek and that used up a lot of energy, but we needed the points in Serie A too, so it was a tough slog.”

Mattias Svanberg thought he had given Bologna an early lead but his goal was disallowed after VAR reviewed the play and determined that Lucas Leiva was fouled.

The visitors failed to capitalize against a Lazio side who looked vulnerable throughout the first half.

“The first half of both the teams was similar, with a lot of possession by Bologna and a disallowed goal, but I don’t remember [goalkeeper Pepe] Reina having to do much,” said Lazio manager Simone Inzaghi.

“We were playing against a good team and I’m very happy with the victory.”

Inzaghi’s men started the second half well, and Alberto opened the scoring just before the hour mark.

The Spaniard won back the ball in midfield and advanced toward the Bologna goal. He nutmegged Mattias Svanberg and released a powerful shot to beat goalkeeper Lukasz Skorupski.

“We had an excellent show of character, a difficult match against an excellent team that is not collecting much at the moment,” Inzaghi said of his team’s performance.

“We used up a lot of energy this week and knew this would be a very, very difficult test, but I thought it was a good response, both mentally and physically.”

Alberto took the reigns and led by example throughout the match. He finished with 83 touches, more than any other Lazio player, and completed an impressive five take-ons from midfield.

Immobile added the game’s second, and his second of the season, from a Mohamed Fares assist.

It was the Italian’s 128th goal with Lazio, which moved him past Giuseppe Signori in Lazio’s all-time top-scorers list, 21 behind all-time top scorer Silvio Piola.

Though De Silvestri’s goal gave Lazio a late scare, they were able to hold on for the win.

Wesley Hoedt led the way at the back. He was physical and decisive as he finished with five clearances, five interceptions and four tackles.

The defender, who is in his second spell at the club, on loan from Premier League side Southampton, has started to settle in the side, even after many questioned his return. The Dutchman joined the club late in the transfer window having also spent time at Celta Vigo and Royal Antwerp and is proving to be a better signing than many expected.

“I did a tour of Europe, but I missed [Rome] so much — I really like the city,” Hoedt said of his return to Lazio. “My life has changed, I have found love and now I can focus on football again.

“I can do everything for the club and for the fans. The European experience helped me. I return a different man. I had experiences that helped me grow and I come back here with only football in mind.”