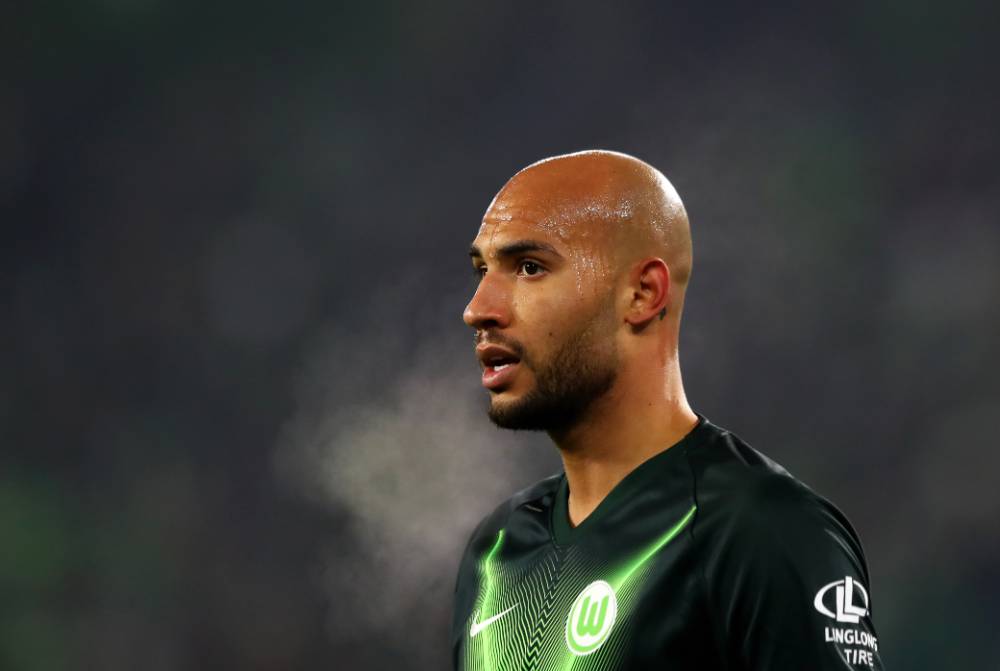 From Major League Soccer to Europe, the United States is enjoying an explosion of talent like never before.

The likes of Weston McKennie, Tyler Adams and Christian Pulisic are now fully established at some of Europe’s top clubs. Giovanni Reyna and Sergiño Dest are following closely behind, while Brenden Aaronson has become the latest to secure passage to Europe from MLS, and will join RB Salzburg from Philadelphia Union in January.

However, for all the excitement, there remains a position on the USMNT roster which is still clouded in uncertainty — centre-back.

Chris Richards is beginning to follow his compatriots into the first-team picture at Bayern Munich and even provided Robert Lewandowski with an assist during a recent 4-3 win over Hertha Berlin, although he was stationed at right-back that day.

The likes of Miles Robinson and Mark McKenzie have continued to improve for Atlanta United and Philadelphia Union respectively, and a move from MLS could be on the horizon for both in the near future. But, as of yet, they’re unproven beyond that level.

Even Matt Miazga isn’t a shoo-in for the national team thanks to his adventures out on loan from Chelsea which have seen him play just twice for the Blues since joining from New York Red Bulls back in 2016.

But despite not quite knowing who centre-back No.2 will be for the 2022 World Cup — should the United States get there — John Brooks‘ form for Wolfsburg means Gregg Berhalter should be left in no doubt as to who fills the first spot at the heart of his defence.

The Berlin-born centre-back is no stranger to playing at the highest level, having notched up over 150 Bundesliga appearances for Hertha Berlin and Wolfsburg combined over the past seven years, while his winning goal against Ghana at the 2014 World Cup has gone down in USMNT folklore.

Even so, injuries and poor choices have almost derailed Brooks’ career before now, not least when the 27-year-old decided to get a large back tattoo in the middle of the 2013/14 campaign which led to some choice words form then-Hertha manager Jos Luhukay.

“I have no sympathy for someone who decides to do such things during the campaign,” he said of Brooks, who was dropped for Hertha’s next game — a 2-1 loss to Bayer Leverkusen.

Brooks was able to quickly overcome that setback, as he has done with thigh, ACL and muscle injuries throughout his career and now, he has finally blossomed into a top-class centre-back with Wolfsburg, winning his place as one of their unquestioned starters.

The 38-capped international has featured in more Bundesliga minutes (360) than any other Wolfsburg player so far this season and that is largely thanks to his ruthless defensive style.

Brooks has made more blocks (9) and clearances (27) than any of his teammates so far in 2020/21, while he ranks second for aerial duels won (11) and fourth for tackles (7). All of this on a team which has conceded just two goals in their opening four games of the campaign.

His giant 6-foot-4 frame, which is not short on muscle, allows him to dominate in the air and push out even the most physical of strikers the Bundesliga has to offer. He is also deceptively quick for a man his size, meaning he cannot be isolated by the quicker forwards in Germany while also giving Wolfsburg the option of a low block and a high line.

But to limit Brooks as a mere ‘stopper’ would be doing him an injustice. In recent years, the defender has put in the hours to become a well-rounded centre-back, just as capable with the ball at his feet as he is taking it from the opposition — such is the demand on modern-day centre-backs.

Brooks has had more touches of the ball (299) than any other Wolfsburg player this season, carrying it a distance of 563 progressive yards toward the opposition goal — second among his teammates — and, according to Fbref, he’s yet to miscontrol the ball or be dispossessed by an opponent in 2020/21.

The 27-year-old has completed 201 passes in the Bundesliga this season — again a team-high — moving the ball a progressive distance of 1,604 yards in the process. 100 of these passes have been over a “long” distance at a very healthy completion rate of 74.1%.

His Smarterscout actions map below illustrates just how much Brooks likes to use his left foot to play sweeping long balls, although he can also be seen playing his way out of trouble with a combination of short passes and dribbles.

Brooks’ ability on the ball makes him so important to the National Team, with Berhalter toying with a number of tactical ploys since he took the job in December 2018, all of which involve playing out from the back and composure in possession.

Berhalter is sure to face plenty of headaches over the coming years as more and more US talent emerges on the global stage.

For now, though, Brooks has doubled down and emerged as the USMNT’s standout centre-back, making him one of the first names on the teamsheet right now and, quite possibly, in two years’ time at Qatar 2022.