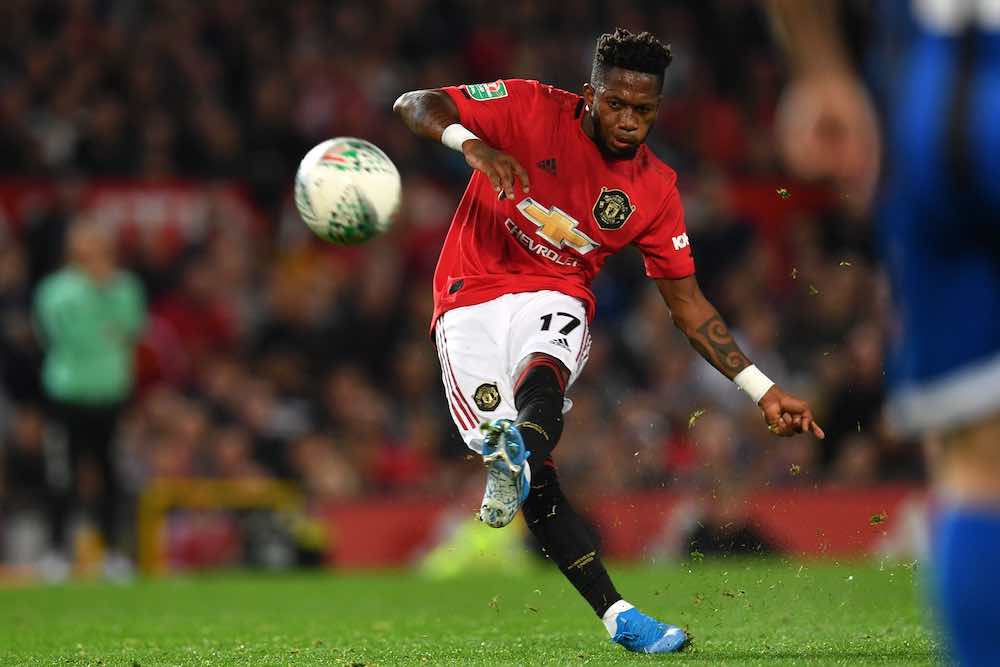 He scored from three of them.

On the face of it, this demonstrates poor shooting ability and, as explained here, that is indeed the case.

But it’s also a story of poor shot discipline. Across those 77 shots, Fred has accrued an xG of just 4.3. He’s not only bad at shooting but often makes poor decisions as to when to shoot.

The sheer volume of speculative efforts is pretty extraordinary, as the shot map below (from domestic appearances only) demonstrates. 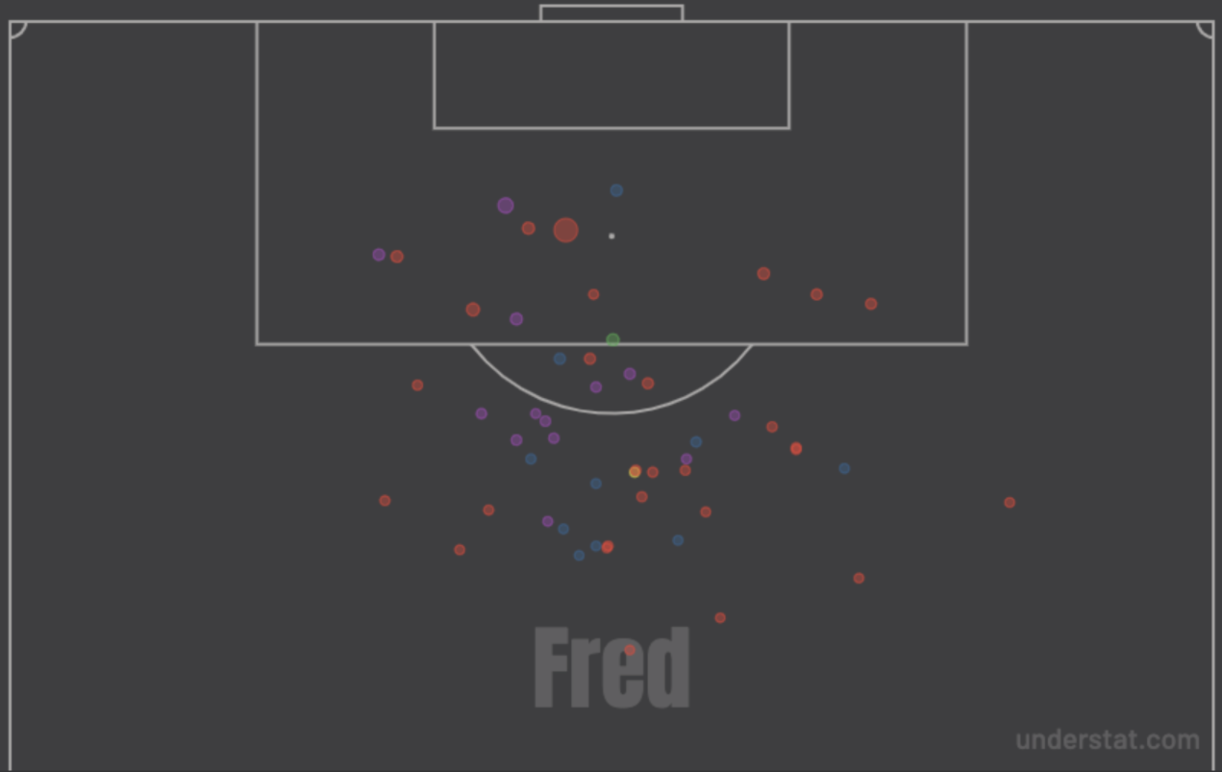 There are two genres of Fred shot to highlight. The three GIFs below belong to the rarer of the two — when shooting is the right option, but the shot is still executed poorly.

The first two have low xG but are fair shots to take on. In the first instance, the defence opens up perfectly to have a crack, while in the second the mass of bodies in front of him and lack of clear passing lanes makes shooting a reasonable option to take.

The third is a more difficult chance in the box that Fred makes a real hash of.

The second genre is sadly more common, and they are the head-scratchers — the shots that would be ambitious even if a long-range expert such as Bruno Fernandes were taking them. Shots Fred shouldn’t even be thinking about.

In all three cases, the distance is such that it would take a spectacular strike to beat the keeper. There are also far more obvious options that could have been taken.

At the end of the third GIF, you catch a glimpse of Ashley Young free as a bird on the left-wing, arms outstretched in frustration as Fred ignored spreading the ball to him.

Fred is not a goal threat, but takes shots like he thinks he is. At no stage has he shown evidence of the above-average placement, power, or ball movement abilities someone with his shot map would need to have.

Last season’s breakout campaign showcased a number of his impressive skills. To become an even better player he should eschew shooting where possible, because he’s not very good at it, looking instead for a tidy pass — something which he’s proven he can do very well.