Do Liverpool Need Defensive Reinforcements Or Can The Academy Provide A Solution? 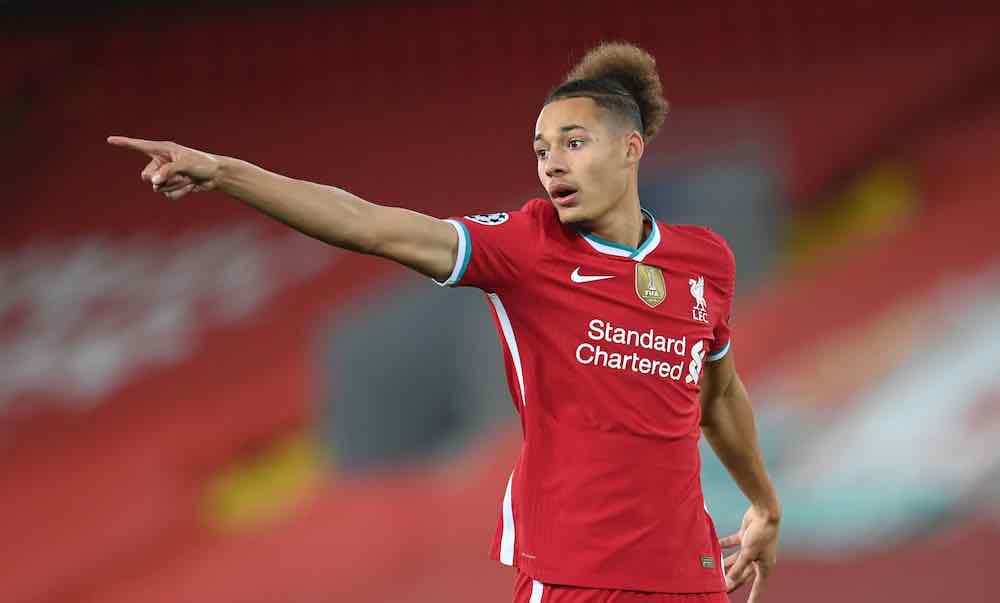 As Liverpool fans watched Fabinho hobble off in Tuesday’s less than inspiring victory over Danish side Midtjylland, there will have been a collective sigh of despair as the Brazilian left the field clutching his hamstring.

Already without Virgil van Dijk after the colossal Dutchman was hacked down by the ever excitable Jordan Pickford, Jürgen Klopp will be scraping the bottom of the barrel looking for a new centre-back partnership.

With only one recognised centre-back, not suffering from any ailments, the usually jovial German will have to dip into his under 23 squad for any potential short term fix.

With the January transfer window just over two months away, Klopp will have to find an in-house solution until then, and with rivals Manchester City looming around the corner, Liverpool’s title challenge is being asked some pretty serious questions already.

The Joe and Only

Joe Gomez was under a lot of pressure before the October international break.

The England centre-back had put in a series of poor performances which culminated in the 7-2 defeat by Aston Villa — a game the young man will have to put to the back of his mind as he remains Liverpool’s only fit first-team centre-back.

With Van Dijk out for what looks like the majority of this season and an injury-prone Joel Matip, the hopes of the Anfield faithful had been put on Fabinho.

The Brazilian had already shown his class when he stepped in for Gomez putting in an exceptional performance against Chelsea alongside Van Dijk, and the defensive midfielder was expected to fill some of the void left by the Dutchman’s absence.

Fabinho then pulled a hamstring half an hour into Liverpool’s second Champions League group game and fans worst fears were realised.

The Brazilian is now ruled out for at least a couple of weeks, but if it rules Fabinho out for over a month, the Reds will be left with Gomez and Matip as the only two recognised central defenders in the first team.

Matip has missed 50 games over the past three seasons for the Reds and many fans are unconvinced he has the durability to last the season.

The German-born former Cameroon international is liked by Klopp, but the defender has grown more accustomed to the physio room than the Anfield dressing room of late and was still a doubt going into this weekend.

Klopp must now put his faith in Gomez to be the leader, the stalwart, and most importantly the rock at the heart of Liverpool’s defence ahead of vital games against Atalanta and Man City in the coming weeks.

What happens over the next month could well define Liverpool’s season.

Arguably without their best player and cracks appearing in the ever-steady defence that won them a first league title in 30 years Klopp needs to start thinking about ways to plug those cracks.

Rhys Williams replaced Fabinho at Anfield on Tuesday and is the next in line to play alongside Gomez this weekend if Matip remains unavailable.

The Preston-born defender has yet to make a Premier League appearance for the Reds and only has four first-team appearances under his belt.

Williams started both of Liverpool’s Carabao Cup games this season and came on as a late substitute in the victory over Ajax last week.

Delighted To Make Another Champions League Appearance. Great Performance From The Boys, 3 Points And A Clean Sheet To Go With It💪🏾🔴#lfc pic.twitter.com/3JmJXvSNv8

The 19-year-old has had to step up this term and is likely to get his fair share of league appearances this season.

Klopp will be hoping the young Englishmen can turn his potential into performances if he is to be a real option alongside Gomez.

Another potential option is Nathaniel Phillips, the 23-year-old spent last season on loan at Stuttgart in the 2. Bundesliga making 22 appearances in all competitions.

Phillips is likely to be used only in emergencies though as the Bolton-born defender has only featured once for Klopp’s side, a third round FA Cup victory over Everton back in January in a heavily rotated team as Liverpool chased that elusive first Premier League title.

Phillips was immediately shipped out to Stuttgart and probably thought he would never get near a Liverpool first XI again, but football is a funny old world and he is likely to appear on the bench in the absence of so many of the club’s defenders.

Liverpool fans have always been confident that with van Dijk in defence it didn’t really matter who you played alongside him.

With the Dutch international having played in every league game in the 2018/19 and 19/20 seasons, it seemed unthinkable that the club would ever be without their defensive linchpin.

How times have changed, though, and some fans have been voicing concerns about not recruiting another centre-back over the summer.

Liverpool find themselves in a similar situation to one faced by Man City last season. Pep Guardiola’s side failed to replace Vincent Kompany and then Aymeric Laporte picked up an injury — a turn of events many say cost City the title.

Liverpool will have to muddle their way through until January, but it would seem foolish now if Klopp did not finally add a new centre-back to his dwindling ranks come the new year.

That may be easier said than done, though, and the current financial climate brought on by the coronavirus pandemic had played a huge part in Liverpool’s summer transfer activity as defenders like Dejan Lovren and Ki-Jana Hoever were shipped out to pay for the incoming Thiago and Diogo Jota.

Whilst this has remained an extremely productive and successful strategy over the past few seasons, the club may now have to break that mould and pay the big bucks to secure the services of another top defender.