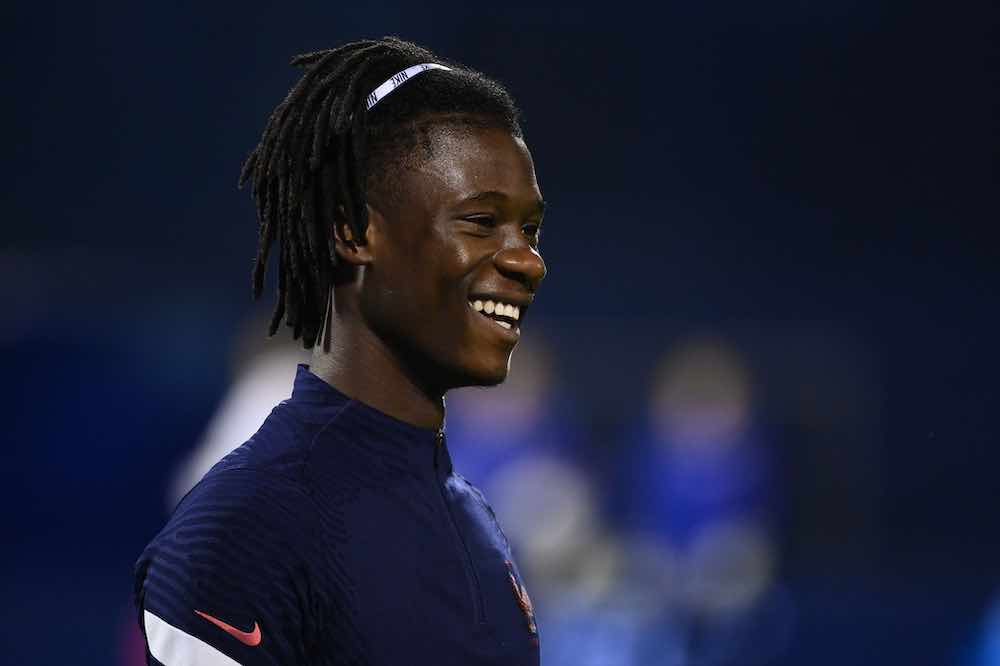 If you haven’t heard the name Eduardo Camavinga by now, you will certainly hear it regularly in the not too distant future.

He is a generational talent who, at the age of just 17, is already becoming one of the most exciting players to watch in the world of football.

Camavinga has helped his club, Rennes, who currently sits atop Ligue 1, earn a spot in this year’s Champions League.

In the process, he’s also making history with the French national team, recently becoming France’s youngest goalscorer in over a century when he scored against Ukraine.

17-year-old Eduardo Camavinga scores his first goal for France on his first start.

The next generation 🇫🇷✨ pic.twitter.com/M8XoLcregV

“I don’t really want to put him out of the squad or the team considering how he plays,” said France coach Didier Deschamps.

“Let’s see, he is still young. I need to manage him like Julien Stephan is managing [him] at Rennes. He will play every three days soon. He is a very young player with a lot of great skills and huge talent.”

Usually labelled a defensive midfielder, Camavinga’s skills and engine allow him to be more of a pure box-to-box player, making sure he is always close to the action at both ends of the pitch.

He does well to monitor the midfield when being more defensive, positioning himself in front of the action at all times and providing his teammates with the necessary coverage and insurance.

Camavinga likes to create enough distance between himself and the opponent that he is able to react to a pass, intercept it, and instigate a counter-attack.

A great tackler, as shown in the radar below, the teenager never lacks the confidence to go after the ball and win possession for his team. 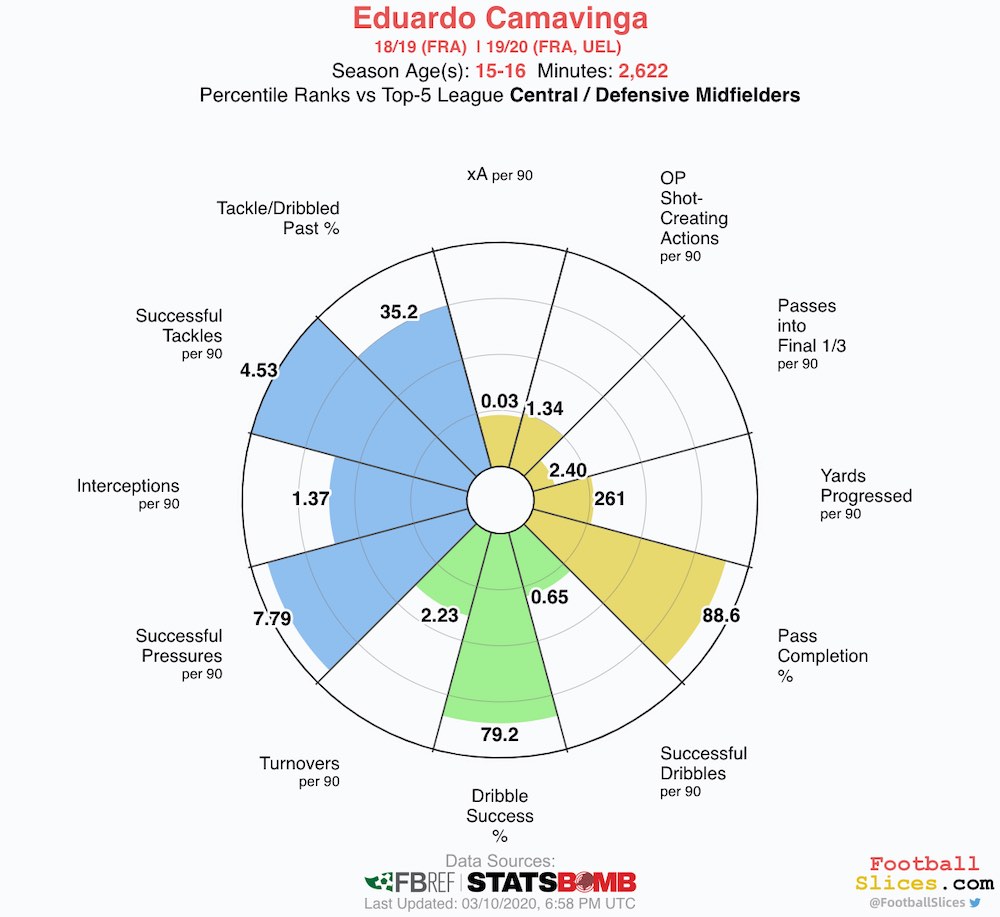 Off the ball in attack, he consistently makes runs and knows when to control his zone, creating space for teammates to make runs down the touchline or through the middle.

He regularly roams from his position to make himself available during build-up play inside the opposition box, allowing him to dictate the pace of a game at all times.

With the ball at his feet, he is unfazed by tight spaces and is press-resistant thanks to his great ball security, awareness, and dribbling skills.

Camavinga is always looking for the ball and knows how to get rid of it as well. He boasts an exceptional 90% pass success rate in Ligue 1 this season.

He likes to make short, smart passes that help open up the field of play, but also knows when to play a longer pass or switch the play.

All of the goals from France’s 7-1 friendly victory over Ukraine from midweek. Beauties from Eduardo Camavinga & Kylian Mbappé. pic.twitter.com/Pr5xtWLNeD

As the game against Ukraine showed, the 17-year-old isn’t afraid to take a shot at goal when presented with a chance, and can often make something happen out of nothing in attacking areas.

Since he is so well rounded, excelling in so many areas at such a young age, it is no wonder big clubs like Real Madrid are looking to sign him next summer.

If there’s any young star to continue to keep your eyes on, it is definitely Eduardo Camavinga.