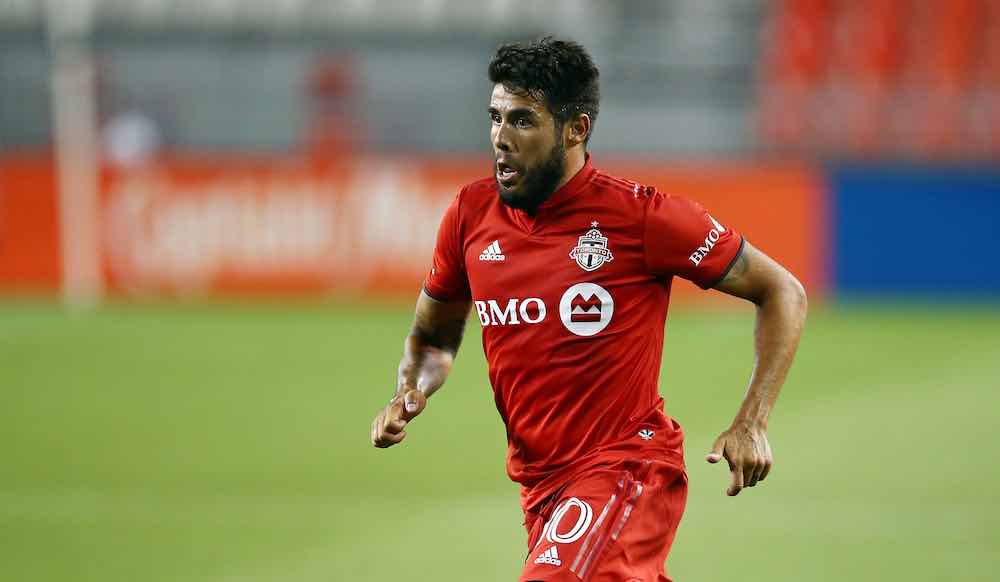 When Sebastian Giovinco departed Toronto FC for Saudi club Al Hilal in January 2019, many pondered who would take his place.

In his four years with TFC, the Italian achieved so much and brought untold success to the club while on a personal level, Giovinco will go down as one of the greatest players in MLS history, scoring 83 goals in 142 appearances for the Reds and helping them to the 2017 MLS Cup title.

With their star player no longer in TFC’s plans moving forward, it opened up a Designated Player (DP) spot and left some huge shoes to fill.

The Spaniard brought a wealth of experience with him having played in Spain with Real Betis and Rayo Vallecano and the English Premier League with Swansea City, as well as lining up for Belgian side, Genk.

In his first season with TFC, the midfielder did a good job replacing Giovinco and Vazquez. He scored 12 goals and provided 12 assists in 30 league appearances — only one goal shy of Giovinco’s 13 the season prior.

Pozuelo thrived, bringing that finishing touch many were concerned had been lost and helping the team advance to the 2019 MLS Cup. While they lost 3-1 to the Seattle Sounders, it was an encouraging season for management and fans. 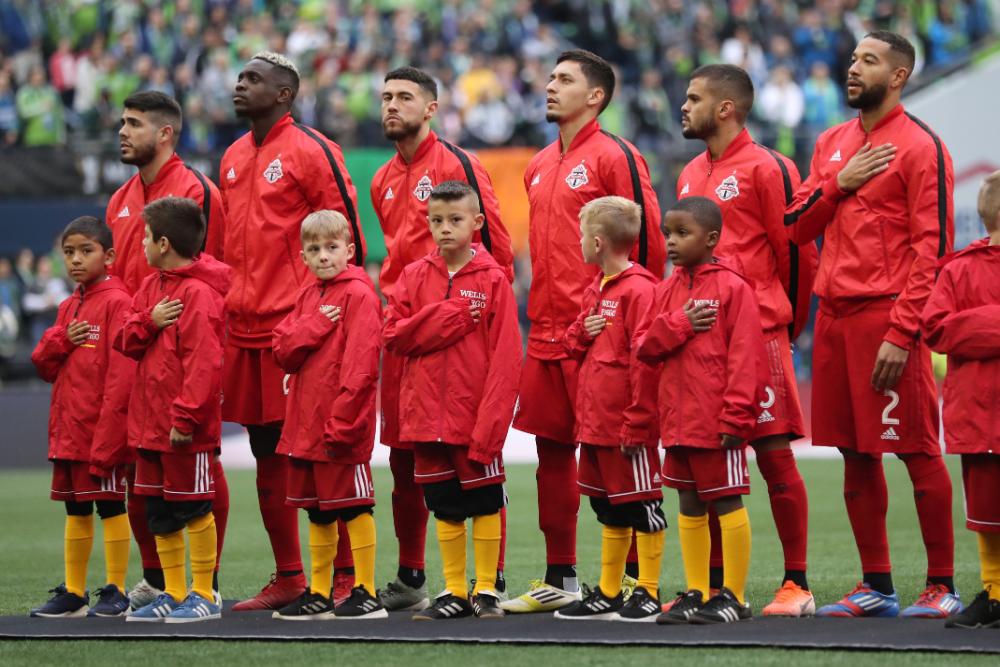 Pozuelo has followed up with another fantastic season for Toronto FC. In the 2020 MLS campaign so far, the midfielder leads the league in assists with 10. Additionally, he has scored seven goals and has acted as the central piece to TFC’s attack. He has controlled a huge portion of Toronto’s play, while his creativity, movement and intelligent footwork have continued to make the difference.

The 29-year-old has proved himself as a difference-maker — one who Greg Vanney has become dependent on. On Sunday evening, he was once again the focal point in Toronto’s 1-0 win over FC Cincinnati. This was Toronto’s eighth clean sheet this season and they continue to win through a strong defensive collective effort.

But at the other end, Pozuelo made his presence felt throughout the game with a match-high 91 touches and two chances created, while he played a key role in their game-winner. While struggling to score goals, Jaap Stam’s side are incredibly stubborn in and around their own box, so a player with Pozuelo’s ability to pick the lock can become incredibly useful.

This was TFC’s fifth consecutive victory, a feat now accomplished for the third time in the club’s history. For Cincinnati, their attacking problems continue as they failed to score for a fifth straight match with their last goal dating back to September 19 in a 1-0 win over the New York Red Bulls.

Cincinnati struggled to get involved throughout the game as they lacked invention or tempo in possession. Toronto’s defence stood strong when it needed to and limited their chances. Quentin Westberg was rarely tested and only had to make one save.

Just before the half-hour mark, Toronto opened the scoring and it was Pozuelo who was the focal point in the attack. The midfielder did a great job of winning possession just outside the box before setting Richie Laryea free down the right flank. The full-back then cut the ball back to the onrushing Patrick Mullins, who was positioned to beat Przemyslaw Tyton.

Toronto avoided a disastrous ending which almost cost them the win when Omar Gonzalez conceded a penalty in added time, but the decision was overturned after further review from VAR. Toronto hung on and secured all three points.

The injury concerns for Toronto continue to mount as they lost Alex Bono in training on Saturday as he injured his finger and required surgery. Before that was announced, TFC also confirmed the status of Jozy Altidore, who is expected to miss another four or five weeks. Michael Bradley returned to training and is close to returning, while Justin Morrow continues to work his way back into the line-up.

TFC avoided another scare as Laryea was subbed off late in the second half, appearing to be clinging towards the back of his leg, although it was later dismissed as cramp.

“Richie was cramping, he’s okay. It’s a little bit warmer, a little bit humid and we travelled today. All those are different challenges.” Vanney told reporters.

The win made TFC the first team to clinch a spot in this season’s MLS Cup playoffs. It also keeps them on track to secure the Supporters’ Shield.

This MLS season has been like no other, with many off-the-field obstacles to overcome, yet being able to solidify a spot with five games remaining is significant for Vanney’s side.

“I know the guys are proud of it, but they have their eyes on something a little bit bigger here over this stretch,” the TFC boss said.

“It’s nice to have the playoff spot, but we’re in that position where I know our guys, we don’t talk about it, but they’re looking at the fact that they’re at the top of the table and competing every play to try to stay there.

“[I’m] really proud of the group to stay focused. [There have been] some special challenges for us, for sure. The guys, they’re staying focused, they’re staying locked in and they’re giving it every single day for each other and that’s huge.

“When you’re getting good results and competing like this, it makes the difficult times a little bit easier so we’ve been able to make it the right way.”

TFC will now look towards their clash with the Red Bulls on Wednesday where they could tie a club-record six consecutive wins. As for Cincinnati, it doesn’t get easier for them as they play Columbus Crew in the Hell is Real derby.