Lazio met Sampdoria on Saturday at the Stadio Luigi Ferraris, in what was a continuation of a start to the Serie A campaign that hasn’t been kind to Simone Inzaghi’s side.

On this return to club football after a busy international break, they lost 3-0 following a lacklustre performance.

Going into this game, Lazio had lost just once in their past seventeen Serie A games against Sampdoria, but there was no doubt as to who the better team was on the day.

This was Lazio’s second defeat this season, not helped by the fact that they had to make do without their star striker, Ciro Immobile. The forward was serving a suspension having been shown a red card in their previous match against Inter Milan.

It hasn’t been an easy start to the season for Inzaghi. The Lazio manager has dealt with numerous injuries and has been forced to use players in unnatural positions.

“It’s a bad defeat,” said Inzaghi. “You can lose a match, but not like this. Sampdoria dominated us from the first minute to the last.

“We were lacking in determination, in team spirit — and that had never really happened before. Sampdoria put in a great performance, but our attitude facilitated that.”

Despite Lazio’s failings, Sampdoria’s performance shouldn’t go unnoticed. Fabio Quagliarella and Tommaso Augello scored in the first half while Mikkel Damsgaard scored late into the match to erase any chance of a Lazio comeback

The Lazio defence were caught out of position on many occasions, with Wesley Hoedt and Patric too casual in key moments. Hoedt made his season debut for Lazio in what is his second stint with the club.

“Hoedt? He played a good match but it’s not easy to judge the guys after such a match,” Inzaghi said.

“We must learn from this defeat as a teachable moment, something we have to analyze and understand why it happened. To be honest, I expected a different attitude.”

Marco Parolo continues to find himself playing out of position this season. After Bastos exited with an injury in Lazio’s game against Inter Milan, Parolo replaced him and was used at centre back. In this match, the midfielder started at left wing back as Inzaghi was cautious to over-exert Mohammed Fares and Adam Marusic, with the latter returning from injury and only having a short rest before their upcoming Champions League match on Tuesday against Borussia Dortmund. 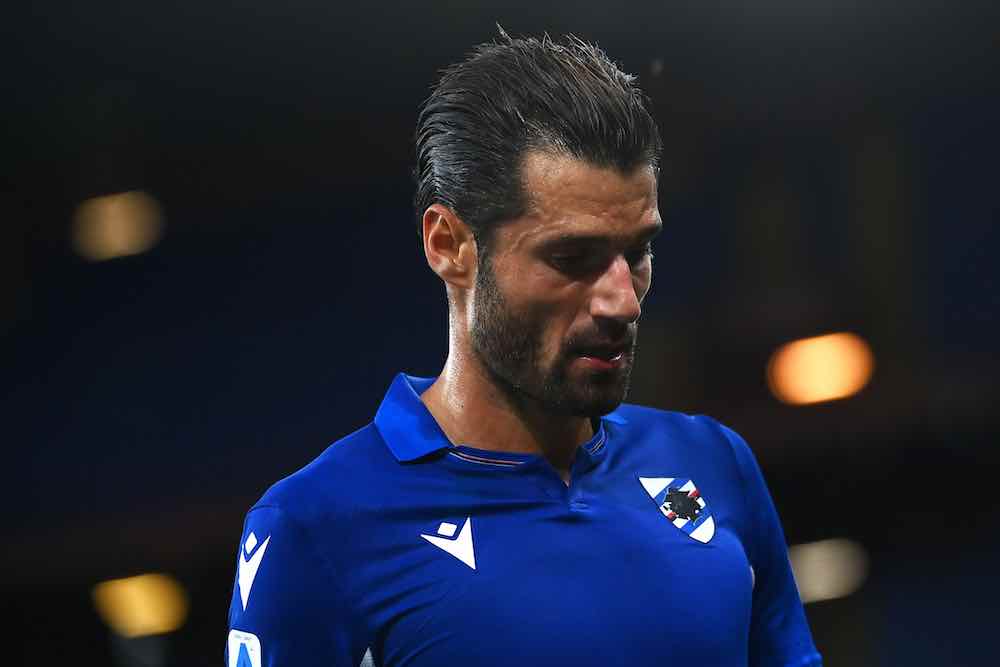 Immobile was missed as Lazio created very few opportunities. The addition of Antonio Candreva has been a smart signing for Sampdoria, and he looked energetic, creative, and has provided great service for Quagliarella. He finished the match having attempted ten crosses.

This has been the worst performance from Lazio in quite a while, and Inzaghi was quick to point out that there are no excuses for their loss. Sampdoria were clinical and the Biancocelesti needed to be better, yet took full accountability of the loss.

“There are no excuses for this defeat,” added Inzaghi. “Sampdoria played a great game and deserved to win, we made a mistake.

“I am the coach and therefore the first responsible. Fortunately, we already have another game coming up on Tuesday, so we can press the reset button straight away.”