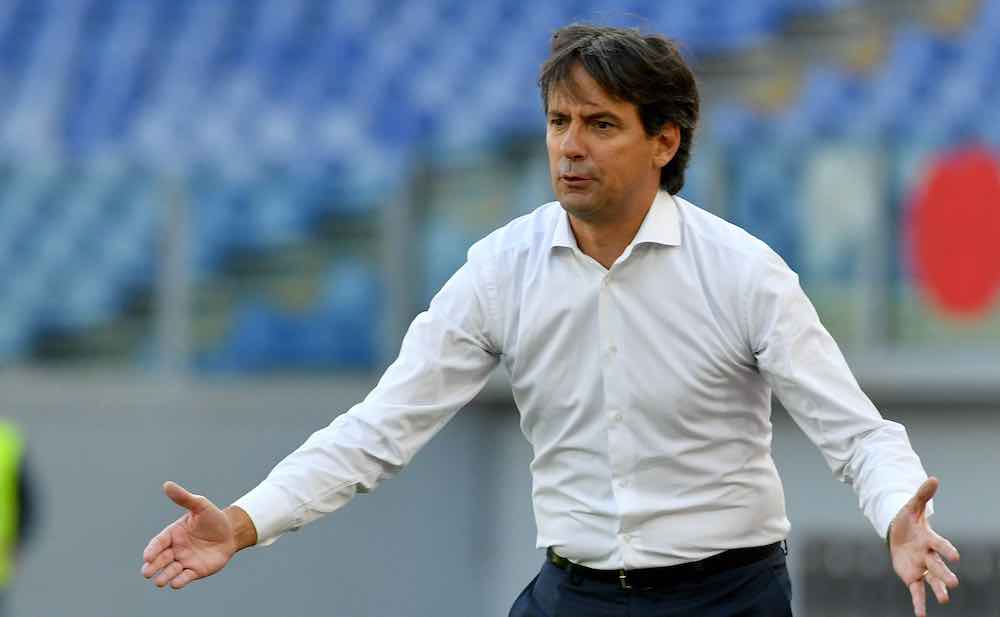 The start to the 2020/21 Serie A campaign hasn’t been kind to Lazio. They were forced to battle through adversity on Sunday afternoon after losing three players to injury in the first half of an entertaining, and in the end hard-fought 1-1 draw against Inter Milan at the Stadio Olimpico.

Stefan Radu started the match but lasted only 15 minutes before going off injured. The centre-back was carrying a knock going into the game and it wasn’t long before the issue forced him off.

Bastos replaced Radu but was himself injured at the end of the first half, while Adam Marusic also had to leave the field injured during that troublesome opening 45 minutes.

Lautaro Martinez opened the scoring for the Nerazzurri in that opening period, but Sergej Milinkovic-Savic responded for Lazio in the second half with a brilliant goal to secure a point.

“I am satisfied with the team’s performance today,” said Inter boss Antonio Conte.

“I was a footballer and I know my players gave it all, they are the first ones to be disappointed for the draw. Don’t forget we lost to Lazio last season that win helped them gain self-confidence. This time it was different.”

It was a tough game for Lazio manager Simone Inzaghi, and he regularly had to shuffle his pack due to those early issues.

“We have problems in defence and had to make three substitutions during the match due to injuries,” said Inzaghi.

“But the lads showed character and we created a great deal even before the equaliser against a side that invested heavily in the transfer market.”

Marco Parolo entered the match at the start of the second half at centre-back in place of Bastos, and though he is a midfielder, he stood in defence and put forth a valiant effort for his side.

“We ended up using Marco Parolo as centre-back and he did a great job, despite playing there twice in four years,” Inzaghi added. “He was very intelligent and can always cover any role I ask of him.”

Mohamed Fares made his Lazio debut, replacing Marusic. He had to defend the speedy Achraf Hakimi down Lazio’s left flank. Hakimi had a golden opportunity to regain the lead for his side towards the end of the game, but his shot from just inside the box was stopped by Thomas Strakosha, who was well positioned.

Inter came into the game following a 5-2 win against Benevento but showed less intensity during this match, and Lazio did a good job of minimizing their chances and clear breaks on goal.

That said, Inter wasted two great opportunities to extend their lead at the beginning of second half, but Romelu Lukaku and Martinez each missed the target by a narrow margin.

Their inability to finish shifted the momentum in Lazio’s favour, and minutes later, Milinkovic-Savic responded, making a great run into the box and beating Ivan Perisic in the air to score with a header. It was a beautiful cross from Francesco Acerbi, delivered to perfection for the Serbian.

Luis Alberto put in a strong performance for Lazio and came close to giving them the lead minutes after their equalizer. He was given plenty of room to work with on the edge of the box, but Samir Handanovic was able to make the save.

Alberto was very energetic and creative in the final third. He finished the match with two shots on target, four key passes and two accurate crosses.

Late in the second half, controversy arose when Ciro Immobile was given a red card after swinging his arm at Arturo Vidal who provoked the Italian.

Near the end of the match, a similar incident occurred this time with Stefano Sensi on Patric. The Inter player was shown a red card and saw both sides down to ten men with ten minutes remaining.

“Immobile knows he was wrong, even if Vidal provoked him and is evidently sneakier than he is,” Inzaghi said of the decision to send off his centre-forward.

“I am satisfied with the point, we put in a great performance. We started well, then conceded a goal the first time that Inter entered our penalty area. That hit out confidence, it took a while to get re-organized.”