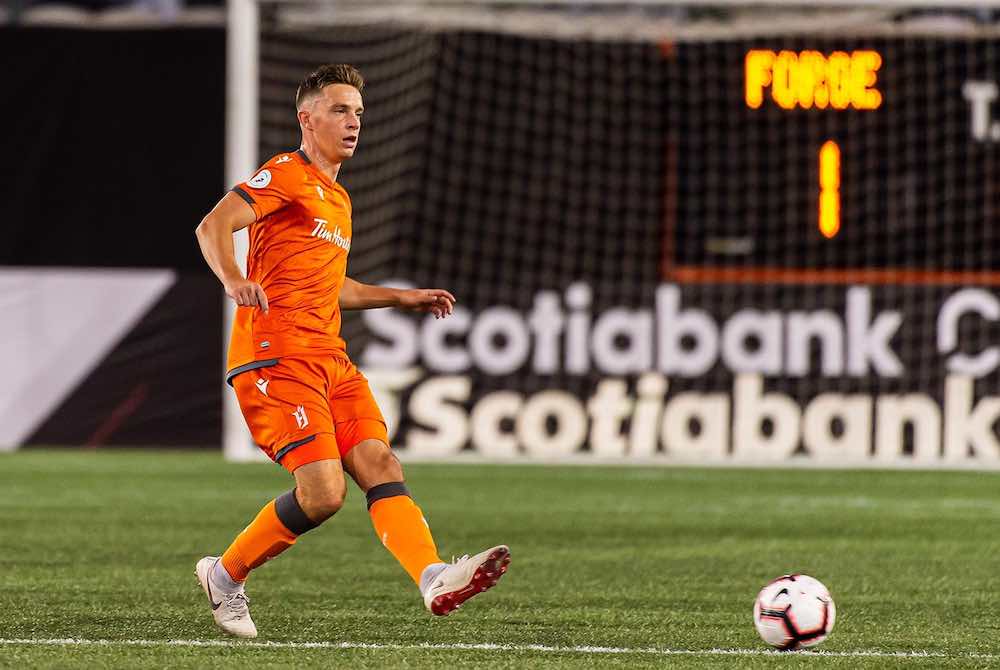 Canadian Premier League champions Forge FC are back in action on Tuesday at 8:00 PM ET (Wednesday at 1:00 AM, UK time) in the CONCACAF League quarter-final stage against Haitian side, Arcahaie Football Club.

Forge, who claimed the restructured Island Games on Prince Edward Island back in September, reached this stage in dramatic fashion with a 2-1 away victory at Panamanian side Tauro FC four weeks ago.

The Hamilton-based club, who have won both Canadian Premier Leagues to date, were made to battle hard in the last round after Molham Babouli had given them the lead but for the hosts to strike back through Edwin Aguilar moments later.

However, with time running out and the prospect of extra time very much on the horizon, Bobby Smyrniotis’ side were awarded a penalty and Daniel Krutzen stepped up to send the Canadians through to their furthest ever point in the competition.

Who Are Arcahaie Football Club?

Frankly, Arcahaie’s presence at this stage of such a prestigious event is some achievement in itself. Arcahaie are managed by Gabriel Michel and play their home games at Parc Saint-Yves — a ground which holds just 1,000 fans — although this clash will take place at Estadio Olímpico Félix Sánchez in the Dominican Republic.

The Haitian side finished second in Ligue Haïtienne — the top tier of football in the Caribbean nation — last season. Arcahaie beat Jamaican side, Waterhouse FC, 3-1 to reach this round.

The squad is solely made up of natives, with only goalkeeper Guerry Romondt having earned representative honours for the national side.

While Forge have been away from domestic action for almost two months, their hosts are engrossed in their league campaign as they sit top of the table after 13 matches.

Who Are Forge FC’s Match-Winners?

The Ontario side will be looking to the likes of Alexander Achinioti-Jönsson, Kyle Bekker and a defender with English Premier League experience, David Edgar, to fire them deep into the tournament and, thus, into the 2021 CONCACAF Champions League.

Edgar, a fully-fledged Canada international, played a combined 23 English top-flight games for Newcastle United and Burnley and although that’s not exactly on par with Rio Ferdinand and John Terry, in terms of CONCACAF League players, it classes as very much been there and done it at the highest level.

The 33-year-old announced on Monday that he will be retiring at the end of the 2020 schedule, so he’ll be determined to end his career on a high.

Belgian import Paolo Sabak, who has represented his country’s U-19 side, also caught the eye during the 2020 Island Games and the 21-year-old, who played for NEC and Genk in Europe, could be another to influence the clash.

Although no CONCACAF opposition can be viewed as pushovers, Forge, with their plethora of overseas talent on show and being a side with plenty of senior internationals, will go into the clash as favourites, despite the differing match preparations.

Loading...
Newer Post
Fatih Karagümrük’s Rise To The Turkish Süper Lig
Older Post
Time For Harry Kane To Get The Respect He Deserves After Transformation Under Mourinho