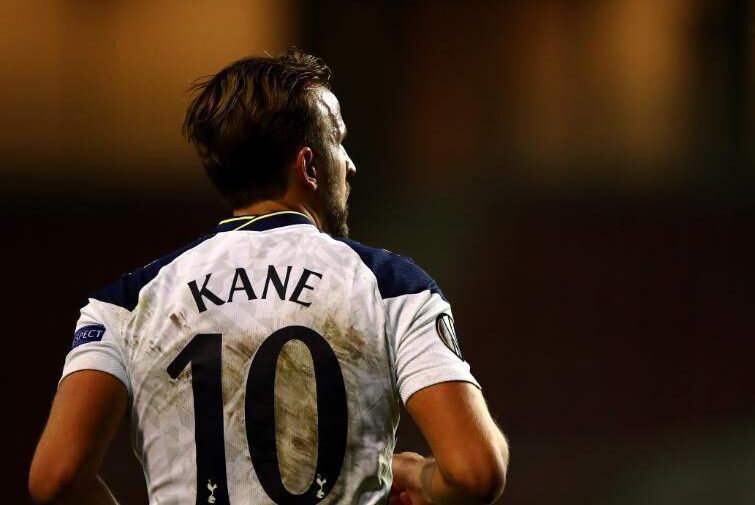 It’s time to have a serious conversation about Harry Kane.

Across the past six-and-a-half years, Kane has been one of the most lethal strikers on the planet, scoring over 200 goals for Tottenham Hotspur and 32 in 51 caps for England, including six in a Golden Boot-winning performance at the 2018 World Cup.

Kane has done all of this in a Spurs side which has rarely mounted a serious challenge for a Premier League title. Sure, they’ve made runs in the Champions League and League Cup, and they have finished in the top four in four of the last five seasons, even finishing second in 2016/17.

But has there ever been a point during that time where you seriously fancied Spurs to win their first league title since 1961? In that context, Kane’s goalscoring record almost has a feel of Alan Shearer’s time with Newcastle to it.

And yet, it feels like it is only this season, with Kane’s transition into a pseudo-playmaker role, that the 27-year-old is being seriously talked about as one of the world’s best players.

Already so far in 2020/21, Kane has notched nine assists in seven Premier League games — at least four more than any other player — while still managing seven goals. Only four players have scored more and one of those is teammate and partner in crime, Son Heung-min, whom Kane has assisted for seven of his eight Premier League goals so far. Kane has added a goal and an assist in just 78 minutes of Europa League action for good measure.

As shown by the Smarterscout actions map graphics below, Kane has dropped far deeper at the start of this season compared to 2019/20. The England international is now picking up the ball in his own half and playing pin-point long passes into the paths of Son, Lucas Moura et al, while there is a higher concentration of short passes and attempted dribbles midway inside the opposition half. 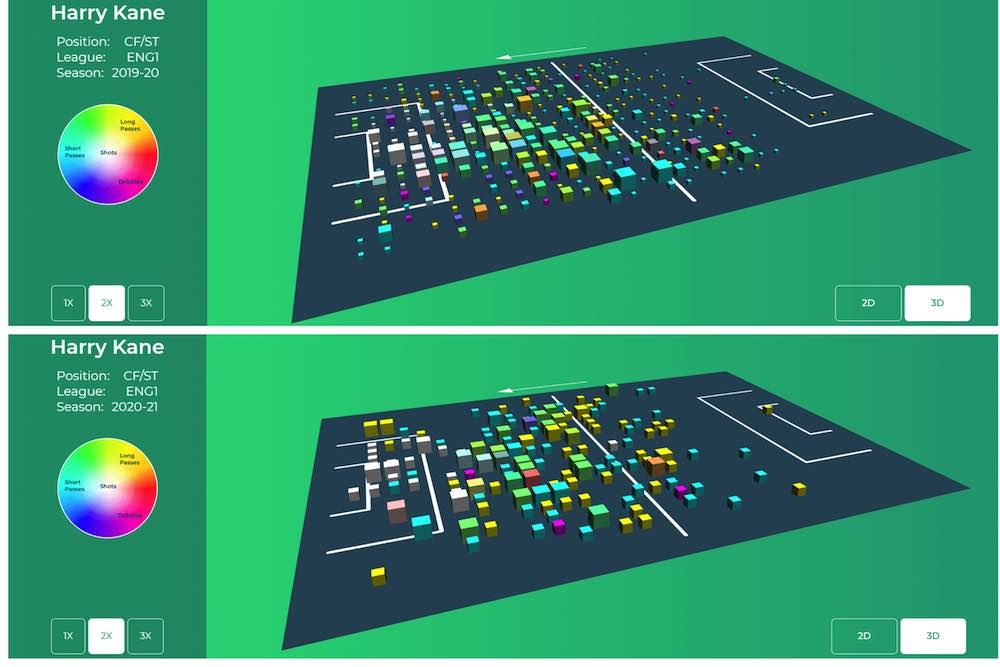 According to Smarterscout’s ranking system, which assigns a numerical value to player traits similar to those seen in the FIFA video games, Kane’s ball retention has risen from 43/100 to 62 this season, while his “passing toward goal” now stands at 99, up from 92.

Kane has been involved 65% of Tottenham’s moves which end in a shot, up from 44% while he has 72% involvement in Spurs’ total expected goals, up from just 47% last season.

In short, the more this Spurs team has been moulded in the image of Jose Mourinho, the more Kane has emerged as an elite playmaker, all the while still retaining his incredible goalscoring output — a combination which helped fire his side top of the Premier League table after nine games.

“It’s one of those where when things are going well, people obviously like to praise you, and maybe that has been heightened this season because we’ve been a bit more clinical and there has been a bit more emphasis on me dropping deeper, but it’s just part of my game,” Kane told Spurs’ official website of his stylistic change this season.

Mourinho, meanwhile, believes Kane is changing how the position of centre-forward is perceived.

“How many goals did you score? You are as good as the number of goals you score. In fact, there is a Golden Boot for the player who scores most goals.

Kane’s latest eye-catching performance came during Tottenham’s 2-0 win over Manchester City. Although he didn’t score himself, he did play a key role in each Spurs goal.

It was Kane’s intelligent movement off the forward line which dragged Aymeric Laporte out of position, leaving space for Son to race behind the Man City defence and find the back of the net. Then, in the second half, Kane typically dropped between the City defensive and midfield lines to pick up a pass from Toby Alderweireld before driving the ball forward and slipping in Giovani Lo Celso, who made no mistake to put the game beyond doubt.

Sky Sports pundit and former Liverpool centre-back Jamie Carragher has been one of Kane’s biggest fans over the past few months and he once again lavished praise upon striker following this latest Spurs win.

“I spoke about Harry Kane on this show a month ago about this new role and this new No.10 role,” he said. “Harry Kane is the most streetwise footballer in the Premier League by a long way and I love it. I absolutely love it.

“After I’ve done this, if anyone tells me ‘he’s cheating or he’s going down’, he’s not. It’s a big part of the game and it’s a really clever part of the game. He made Man City’s defenders look really childish, naive and not understanding football.”

Scroll through social media and you’re bound to find a fierce debate surrounding Kane’s standing in the game. Some elevate him as one of the world’s best players while others claim he is nowhere near the level of Lionel Messi, Cristiano Ronaldo, Robert Lewandowski and Co.

In reality, there shouldn’t be any debate at all. Kane has always been an elite goalscorer, capable of posting 30 and 40-goal seasons. He’s still doing that but, somehow, has now also turned himself into the Premier League’s best playmaker.