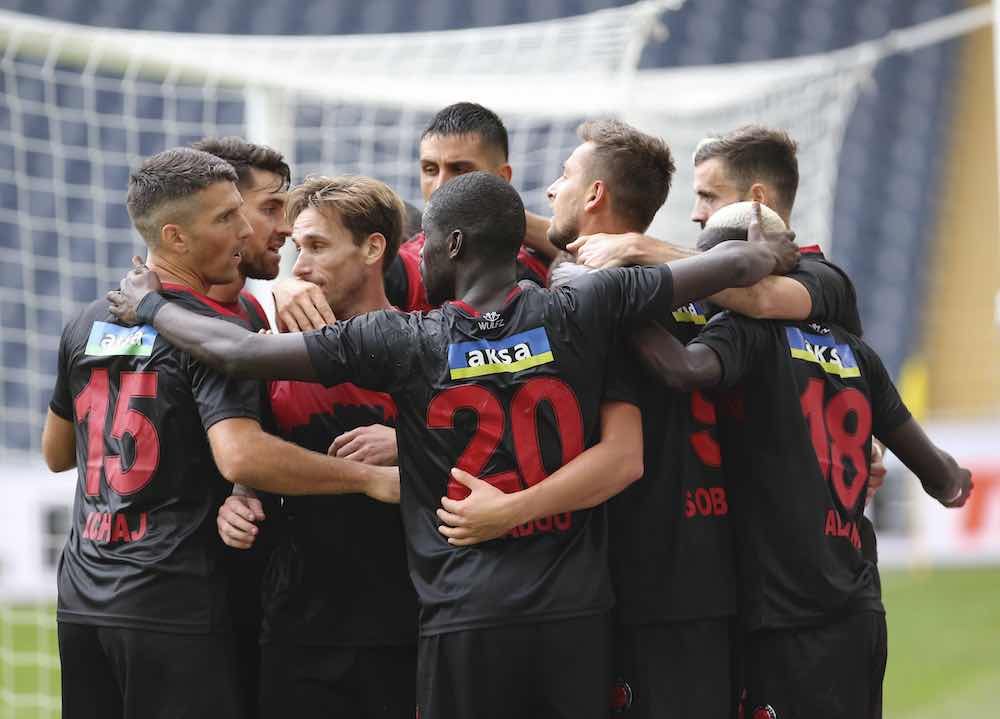 In its recent history, Turkish football has witnessed as many great rises as it has dramatic falls from grace. It can be an extremely unstable existence in the Turkish football pyramid, especially considering the economic problems so many clubs have had to deal with.

Turkish clubs like Mersin Idman Yurdu, Gaziantepspor, Karabukspor and many big sides in women’s football like Galatasaray have all either dissolved entirely or had to merge with other clubs due to years of financial mismanagement.

The 2010s was a volatile decade for football in Turkey, packed with controversy, from the match-fixing scandal of 2011 to financial fair play sanctions on the big three. Amidst all of this chaos, one small club from the Istanbul neighbourhood of Fatih were piecing together a remarkable rise to the Süper Lig.

In 2010, Fatih Karagümrük SK were relegated from the TFF Third League (Turkey’s fourth tier) to the regional amateur league. This league is the fifth tier and operates by typically splitting the over 150 teams into 11-13 groups.

Only between 1997-2000 had Karagümrük competed at this level. The Istanbul side completed promotion to the TFF Third League in 2012 and after just two years in the fourth tier, they achieved another promotion, to the TFF Second League.

After years of mid-table finishes in TFF second league, Karagümrük was a difficult project to judge. There was not a great deal of progression between 2014 and 2018. They only just survived relegation in 2018, finishing fourth from bottom on just 36 points.

But in 2018-19 they finished second and only missed out on top spot on goal difference to Menemenspor. It didn’t matter in the end, though, with Karagümrük winning the playoffs under the guidance of manager Cüneyt Dumlupinar.

Dumlupinar, however, did not see Karagümrük’s rise as a big surprise. After his side’s 2-0 win over Sakaryaspor in the final, he said his side was “made to be the champions”.

At the beginning of the 2019-20 season, Karagümrük embarked on a journey that nobody thought possible.

Having renewed the contract of Dumlupinar, there was a sense of quiet optimism around the club, but still, no one expected this small club to achieve as much as they did.

In this remarkable season, Karagümrük went 14 games unbeaten, kept seven clean sheets, and didn’t lose a home league game for the whole of 2020 — a run that is continuing this season.

In the late-February/early-March, Karagümrük weren’t even in the top six for playoffs. Even eight games into their 14-game unbeaten run, they were still just outside the playoff spots.

However, big victories away to fellow-promoted side BB Erzurumspor, and against Adanaspor, saw Karagümrük reach the play-offs. A big achievement in itself.

Amid much excitement around their team, fans of Karagümrük gathered to greet the team bus. They produced the enthralling and often surreal scenes, producing moments synonymous with Turkish football fans. Karagümrük fans during this time have become a real symbol of celebration, rebellion and free spirit.

Having just squeezed past Akhisarspor 4-3 in the semi-final, Karagümrük faced Adana Demirspor in the final. This posed a difficult task. They were facing the highest-scoring team in the league. The two sides had drawn both league meetings, and the final played out the same way.

That led to, rather incredibly, the sixth TFF Lig.1 playoff final in a row to be decided on penalties. Karagümrük came out on top, winning 6-5 in the shootout.

There can not be any underestimation as to how big this was to Fatih Karagümrük as a club. The words “36 years later” were plastered all over the club’s social media and fans social media.

This refers to the fact that it’s 36 years since the club last experienced top-flight football. Former Karagümrük player and manager, Oktay Derelioglu, told the club’s website:

“When I was a kid they were in the top league for a few years. After that, people have been longing for the Süper Lig for a long time.

“People don’t know Karagümrük very much. It is a football district, a neighbourhood living with football.”

The TFF First League title undoubtedly felt like the crowning glory after Karagümrük’s meteoric rise, but the club have shown yet more ambition.

They have added former AC Milan and Lazio midfielder and World Cup runner up Lucas Biglia to their books, which is huge to the club’s ambitions of becoming a side people really want to watch.

They are currently using the biggest stadium in Turkey, the Atatürk Olympic Stadium, which will also host this year’s Champions League final.

This is a necessity for now, as their actual home ground, the Vefa Stadium, doesn’t meet the criteria required by the Süper Lig.

They have started life very well in the top flight. They’ve defeated the champions, Istanbul Basaksehir and they are sitting just outside the Europa League places.

There is so much to take away from this remarkable rise through the leagues in the last ten years. Karagümrük began their journey in the regional amateur leagues and are now in a position where they’re unbeaten in the Süper Lig at home this season and have defeated the champions of Turkey.

This club have proven the doubters wrong many times in their recent history. It’s certainly difficult to see why you would doubt them now.