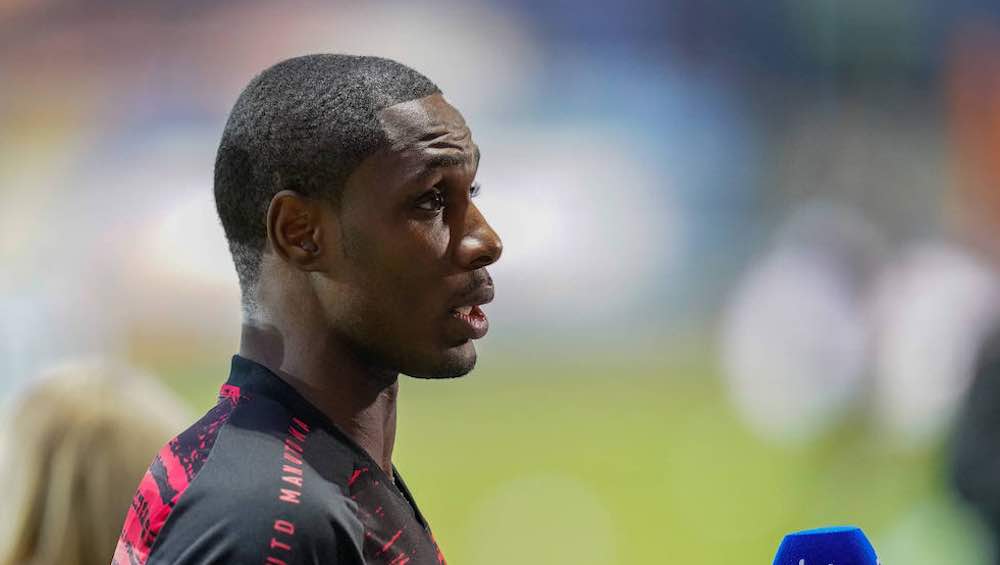 By Tosin Holmes in Lagos.

Ighalo chose a moment to step back, step out, and reflect on something closer to home.

The Nigerian striker didn’t make it off the bench that night. Perhaps fate would have had him score if he did, but he still deemed it necessary to call foreign governments with an interest in Nigeria to support his countrymen’s fight against police brutality and poor governance.

Ighalo is 31, still young outside the football bubble, and like other players — Asisat Oshoala, Victor Osimhen, Simeon ‘Simy’ Nwankwo, Kelechi Iheanacho, Wilfred Ndidi, Alex Iwobi, Leon Balogun and many others — who have taken a stand, might be a target for Nigeria’s controversial police force and its notorious Special Anti-Robbery Squad (SARS), if he were in Nigeria and found himself in the wrong place at the wrong time.

For context, the #EndSARS movement may have been predicated on the death of a young man at the hand of SARS officers in Ughelli, Delta State, but its roots go back years and it has come to stand for more, with protests spanning weeks.

It was Nigerian youth at its most united. Unfairly derided for so long for being lazy, materialistic, unambitious and divided; this was sticking one to the higher-ups. Nigerian youths have looked away for too long, but only did so because they felt the system was unbeatable. This is now beginning to change.

The average Nigerian youth has leaving the country high on their agenda. Youth unemployment in Nigeria remains high, while the country’s universities matriculate and convocate over a million students yearly, leaving most with no clear tutelage in life skills.

As a Nigerian youth from a low/middle-income background, the odds are stacked firmly against you, like standing before Everest. The population continues to grow but more than half the population lives below the UN-designated poverty line. It is the premise on which leaving the nation is predicated on — the pursuit of greener pastures.

Victor Osimhen raised a shirt with #EndSARS after his first goal for Napoli.
Nigerian international!!!! pic.twitter.com/LdH3BVAEmE

In 2008, the former Minister of Foreign Affairs, the late Chief Ojo Maduekwe, disclosed that: “Not less than 59,000 Nigerians are currently in Northern African countries illegally.”

That number has since tripled. According to the World Journal of Innovative Research, Nigeria’s emigration increases by a hundred thousand yearly.

This is reflected in football. A recent CIES survey [PDF] showed Nigeria ranks highest among African nations for player exports. The number, 361, may pale in comparison to Brazil which exports 1330, but there are many more Nigerians who go undocumented.

A former Nigerian Football League player, who wishes to remain anonymous, told WFi that he is aware of a handful of Nigerian players running from authorities in Scandinavia having failed trials, or not even attended one, but do not want to go back home. It is a damning verdict on Africa’s largest economy.

It may seem puzzling that a youngster would rather live on the run in a strange land than return home. But why return to ridicule and brutality from those who should instead protect you?

Local league players have been victims of these many brutalities. Enyimba forward Stephen Chukwude was profiled based on his looks in 2019 and harassed by police because he drove a fancy car.

In the same year, the most tragic case happened when Tiamiyu Kazeem, the captain of second-tier Remo Stars, was killed in an apparent hit and run after being detained in a police vehicle upon his return from training.

Niger Tornadoes player, Babatunde Solomon, was threatened at gun-point five years ago, and fears he and others could have easily suffered the same fate as Tiamiyu Kazeem.

“They almost shot me inside my car in 2015,” Solomon recalled earlier this year. “I was crying like a baby. After the threats, they took me back to their office and extorted N45,000 from me.

“This country is so backward, and now they have succeeded in killing the breadwinner of a family.

“The death of Kazeem is really painful because it could have been me back in 2015. That experience is the worst I have ever encountered. It was the first time I saw my mother crying through the window of where I was locked up.”

“I wasn’t worried initially until one of the [SARS] members asked me where I got the money to buy the expensive necklace I had on and I replied that I was a footballer and that I bought it from my base in Europe,” he recalled.

“I was asked to step out of the car and before I could identify myself to the officer that I was a Nigerian footballer in town for a national assignment, I was hit with a gun and he threatened to lock me up, yelling, ‘Are you Ronaldo? We don’t know you.’

“I was allowed to go after two hours of delay and confirmation from Google that indeed I was a Nigerian international.”

2007 U17 World Cup-winning skipper, Haruna Lukman, had his tires deflated for no reason when stopped for a routine search while in the country in 2016 and asked to present his tax ID. “The fact that I smiled at the question earned me the beating of my life,” he said.

“I thought I was going to die. My car tyres were deflated with gunshots and I was treated like a criminal.”

There are many more stories like this from footballers and other young Nigerians. These players managed to escape but many, like Tiamiyu Kazeem, don’t. There are countless cases, with several people simply listed as missing after such incidents.

This is a result of years of moral decadence enmeshed in a chronic systemic disorder. It is alarming that for a country as educated as Nigeria, the requirement to get into the police force is merely a primary school leaving certificate — the lowest of qualifications. It is a startling requirement, one that sets back the security of the nation by light-years.

Ignorance may be no defence, but it is a form of attack, as youths witness daily in Nigeria.

The Nigerian dream is a farce, but for a country that has patriotism worn like a heart on a sleeve, and for whom football is an escape as much as a game, it should not be far from reality.

The End SARS movement is a means to an end. A spectre in the mighty ocean that also includes football development, and giving the game importance in the country for more joyful reasons than mere escapism.

A better Nigeria means better sports facilities, and a better, more comfortable environment allows her sportsmen and women to thrive.

The youths have simply asked for a chance at a better future and should be supported to this end. The government would do well to listen to their calls.