An international break is upon us once again, and in Europe, this particular window for international football is dominated by a number of Nations League matches.

However, due to the postponement of much of European football at the beginning of the Coronavirus pandemic, the European Championship play-off finals are also being played in the November slot.

After an eventful round of semi-finals during the last international break, eight teams will decide across four matches who goes to the final tournament. 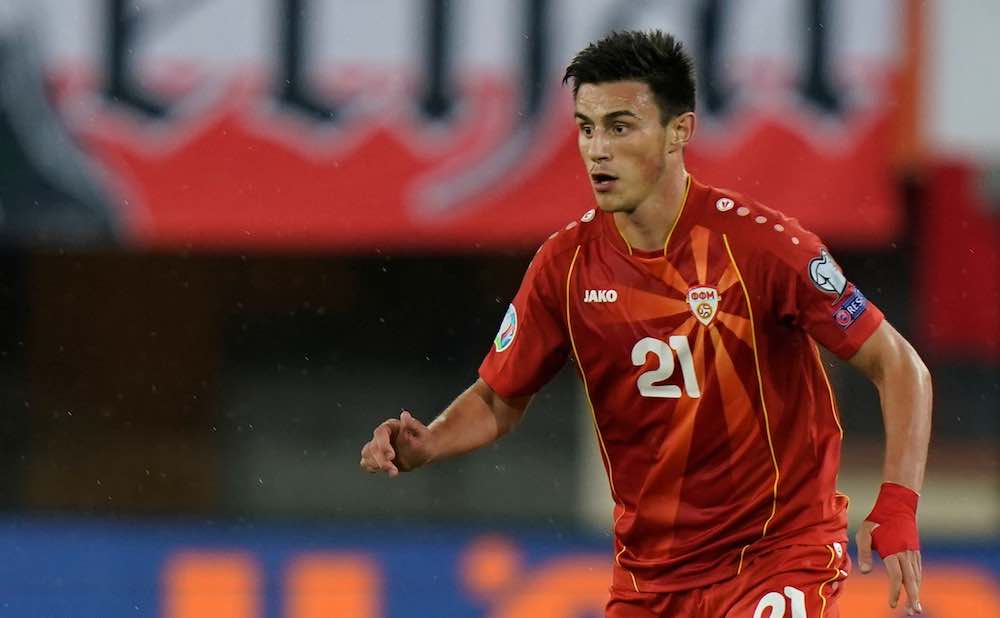 The early match between Georgia and North Macedonia is lined up to be a treat. Neither side has participated in a major finals in their short national footballing histories, and have already met twice this year in the Nations League — both 1-1.

The Georgians, like all the other nations in the play-off, were selected on the back of their performance in the 2018/19 Nations League, which saw them promoted from the D to the C leagues. Lucky for them, as their qualifying campaign has not been exceptional. They finished 4th in a group of five, with only Gibraltar, who failed to get any points, below them. Georgia only managed to claim two points from the sides that finished above them.

On the brighter-side, Georgia are in contention to be promoted in this season’s Nations League. They are only separated by goals scored from their play-off opponents, who sit on top of the group. The many young talents being brought into the squad also gives Georgia a reason to be happy.

The talented Khvicha Kvaratskhelia will likely start against North Macedonia, having scored his first goal for Georgia against the same opponents last month. At just 19 years old, Kvaratskhelia is already a regular at Rubin Kazan and will be expected to make the difference for his country.

The North Macedonians will be quietly confident, too. Their performance in the qualifying stages was far better than Georgia’s, finishing third place in their group.

Both nations’ semi-final matches were marginal but expected wins. Georgia beat Belarus by one goal and North Macedonia edged Kosovo 2-1.

Prediction: Despite Georgia’s home advantage, North Macedonia will probably go through, but it will be a closely contested match that could go the distance to extra time. 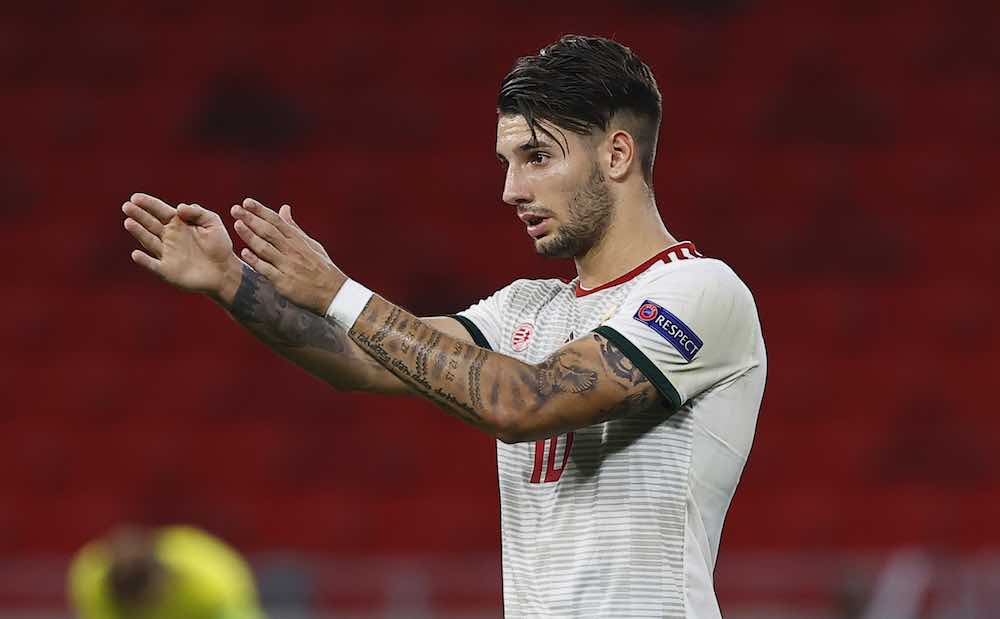 It’s been over four years since Iceland memorably knocked England out of the Euros in 2016. They also managed to qualify for the World Cup two years later. Here Iceland face a historic football nation that has been revitalised of late.

Hungary finished fourth in what ended up being a very close group in the qualification stages. More importantly, their recent record in the Nations League has been encouraging and they sit second in group B3, one point behind Russia.

The true accomplishment of modern Hungarian football has been the qualification of Ferencváros to the Champions League with five national team players playing for the Hungarian titans.

The Hungarian government has invested heavily in its football, and Euro qualification could be seen as an acceptable pay-off.

Iceland finished their qualification campaign in a commanding third place. But in the recent Nations League, games cracks begun to show. They have already been relegated from the group, and the squad is lacking in young talent and confidence.

Their semi-final performances were similar. Both nations won their matches through solid and dominant performances, both taking leads in the first half, and both will be desperate to do the same early on in this final.

Prediction: Hungary will have far more confidence going into this match and will hold on after taking an early lead.

Anything could happen in this final due to the similar form of both sides going into the game.

They sit bottom of their respective Nations League groups with a point each, and both finished third in their qualification groups. They also defeated both their semi-final opponents on penalties. For the most part, these two teams have reached this final on sheer luck.

What separates the two teams is the depth of their squads. The Slovakian’s possess many recognisable names including Inter centre-half Milan Škriniar and former Napoli star Marek Hamšík.

Northern Ireland are made up mostly of players from the Championship and Scottish Premiership. There are no stand out names beyond that of Newcastle United’s Jamal Lewis. This contest is not in Northern Ireland’s favour.

Prediction: It wouldn’t be a shock if Northern Ireland manage to qualify, but Slovakia are definitely the more skilled and capable team. The game could take more than 90 minutes to find a winner. 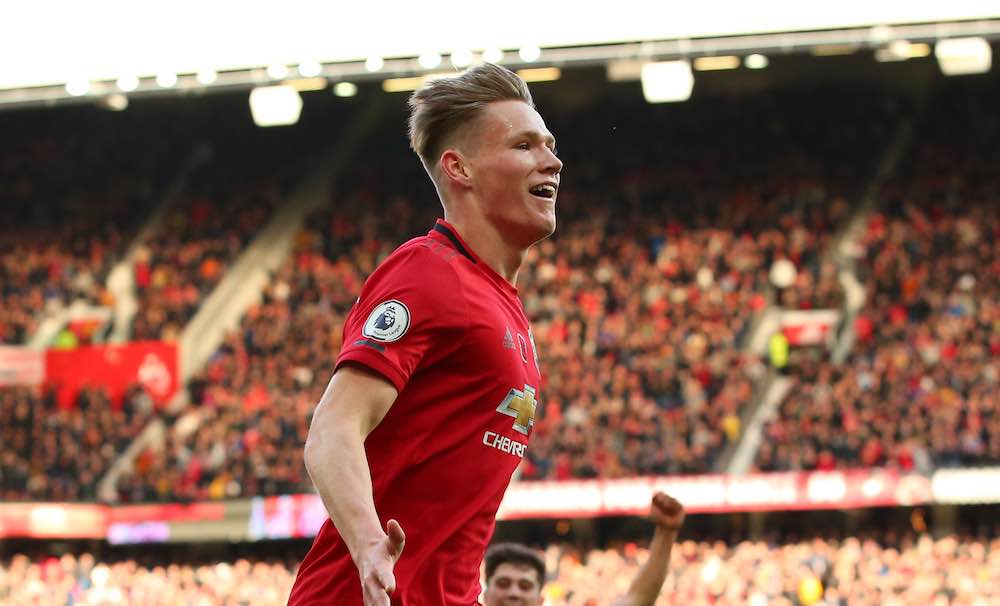 Scotland will desperate to qualify for their first international tournament since 1998, and this game could be the chance to finally break their bad luck.

Their squad boasts a number of household names from the top level of the game — Scott McTominay, Andy Robertson and Kieran Tierney are names football fans across Europe and beyond will be familiar with.

In their way are Serbia — a name that feels familiar with international tournaments, even though their World Cup qualification record has been better than the same for the European Championships for which they have never qualified as Serbia (they have as Serbia and Montenegro and, of course, Yugoslavia).

Their experienced and balanced team is difficult for any team to deal with, but recent results have not been reflective of this. They finished behind Ukraine in the qualification stages and also sit bottom of their Nations League group.

Despite this, Serbia look confident. They brushed off Norway in the semi-final, denying Erling Haaland a place at the Euros — certainly not a feat to ignore. Scotland, meanwhile, needed a penalty shootout to defeat Israel.

Prediction: Scotland’s bad luck could be set to continue. Serbia are far too strong a squad and will win comfortably.