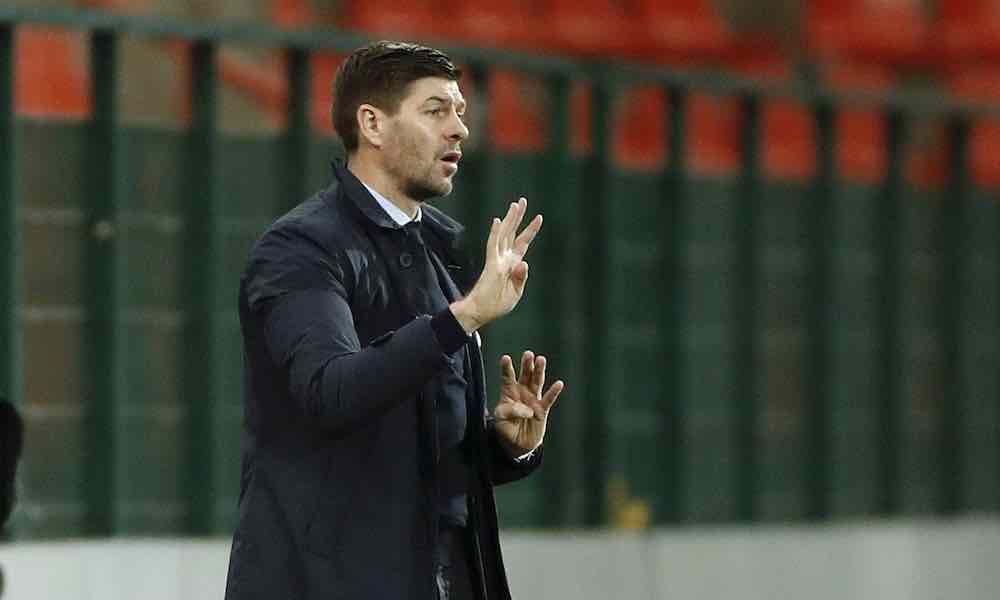 Even though the manner of their 3-3 draw with Benfica, after going 3-1 ahead and a man advantage, was be disappointing, Rangers continue to show progress under Steven Gerrard.

Scottish sides have generally had a torrid time against the 37-time Portuguese league winners, who have won all six of their matches against Scottish opponents.

Benfica have impressed in the Europa League this season, defeating Lech Poznan 4-2 and Standard Liege 3-0, with great performances from Pizzi and Darwin Nunez.

Rangers also started the group with a 100% record. Including qualifiers, they had won every match in the competition this season, with an impressive aggregate score of 11-0 across five games.

Under Gerrard, Rangers have enjoyed steady but noticeable progress. The club he joined two years ago lacked a defined tactical identity, and he’s improved the side exponentially — domestically and in Europe.

Rangers have an incredible defensive record this season, conceding just three goals in 13 games (0.23 per game). Great performances from Connor Goldson, James Tavernier and Borna Barisic in particular, have contributed to that.

Before the game had even begun, it was clear that Gerrard wanted a controlled midfield display. Steven Davis and Glen Kamara came back into starting eleven after missing out the Kilmarnock match four days earlier.

Benfica started well. They gave Rangers no time to settle before taking a 1-0 lead. Filip Helander failed to clear and Rafa Silva’s pass across goal was put into his own net by Goldson.

After that hectic start to the game, both sides’ tactics became more defined. Gerrard’s narrow 4-3-3 has been a mainstay of his side, particularly in Europe, while Benfica began with a fairly fluid 4-4-1-1.

Jorge Jesus’ side looked to isolate Rangers’ centre backs in a two-man press. This was a clear tactical adjustment as Benfica usually play a 4-3-3.

The game was just 18 minutes old when Davis’ long pass through the middle found Ryan Kent, Nicolas Otamendi brought him down and was shown the red card, turning the game on its head. Prior to this, Benfica had made Rangers look uncomfortable, especially when they were playing out from the back.

Jesus brought off Pizzi who had been playing the number 10 role in the 4-2-3-1, replacing him with club captain, Jardel.

After the red card, Rangers completely changed the game. Davis’ incisive through ball on the right found Tavernier and, similar to Benfica’s goal, was turned in for an own goal by Diego Goncalves.

Two minutes later, Rangers scored their second through Glen Kamara, who took his time after receiving the ball from Morelos, considered the pass, but instead side-footed the ball past Benfica goalkeeper Odysseas Vlachodimos.

Their already narrow 4-3-3 facilitated neat build-up play, and five minutes into the second half, they scored their third with Morelos breaking Ally McCoist’s European scoring record with a tap in from another Tavernier cross.

Rangers continued to create chances and dictate the tempo. Kent had their best chance, hitting the post, and at this stage, Jorge Jesus will have simply been pleased that his side didn’t concede more.

They then went one further than that and found a way back into the game with a second goal that was, once again, the result of defensive errors from Rangers.

Helander failed to control the ball after intercepting a pass, Nunez rounded Allan McGregor before passing to Rafa Silva who tapped home.

The last ten minutes felt like a test of game management for Rangers and Gerrard. It was a test of mentality as well as skill. It was a fairly good period of the game for Rangers — they successfully slowed the pace down, kept the ball, and made Benfica work very hard.

It wasn’t until the first minute of the two added on that Benfica found their equaliser. Nunez finishing past McGregor after a brilliant pass through Goldson and Helander by Luca Waldschmidt. 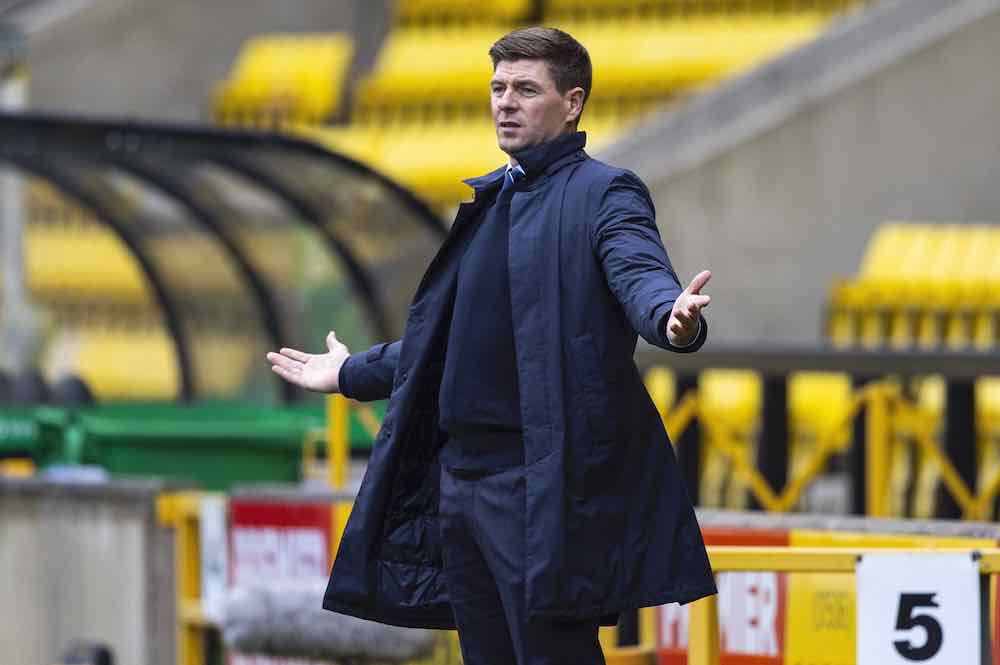 Going into the game, no Rangers fan would have been disappointed with a point away to Benfica, but the manner of the point was frustrating.

Rangers were too profligate in the second half and should have scored a fourth during those long spells of control. At the same time, they should not have expected to concede those two goals with a man advantage, especially considering their lack of goals conceded this season prior to this game.

One statistic underlined Rangers control of the game for the most part. Seven players managed over 90% pass success in the game, which is impressive considering they were away from home to a team that is, on paper, much better opposition.

Despite the late Benfica goals, this result is still a sign of progress, especially when considering the following questions:

Could Rangers have got this result in the manner they did, by controlling the game and scoring three goals, one or two seasons ago?

What level is this Benfica side capable of competing at?

And lastly, the most important question for Rangers fans and an even bigger question of progress, could any other Scottish team have controlled the game and get a result like this against a side of the quality of Benfica?