Joan Jordán Ready To Step Up For Sevilla (And Spain?) 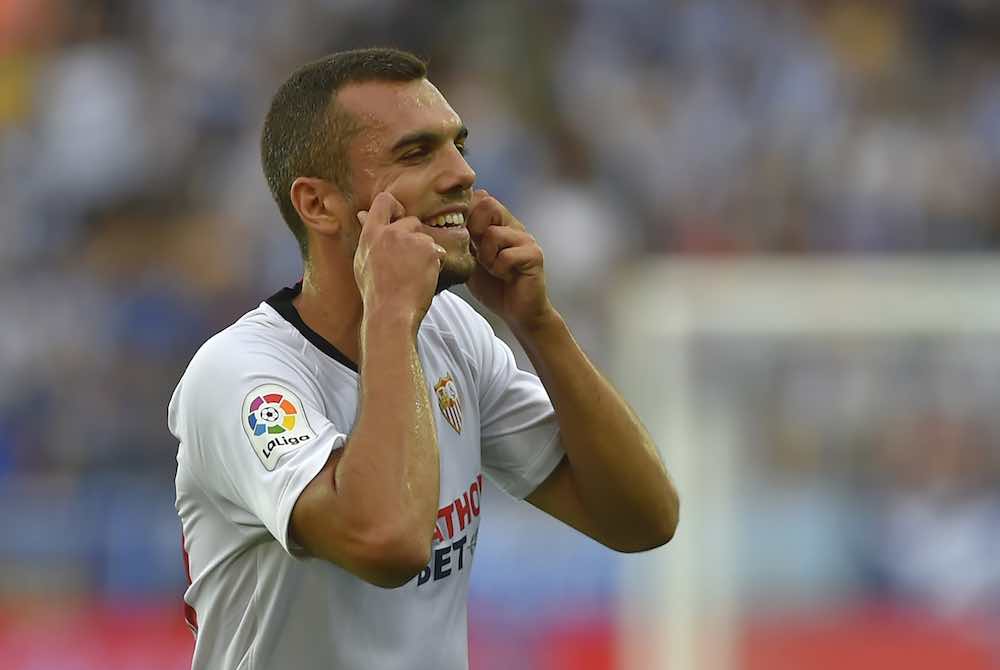 “You don’t have to push me like that, man,” Jules Koundé tweeted. “We’re team-mates”.

Koundé was referring to a viral clip of Sevilla celebrating Luuk de Jong’s goal against Inter Milan in the Europa League final last season. As the Dutch forward wheels away in celebration, he’s followed by his team-mates, with Joan Jordán and Koundé coming up from the back.

Jordán is so aggressive in his celebration that he pushes Koundé violently before turning aside and punching the air, a release of adrenaline and vindication. He wasn’t supposed to be here, playing a pivotal role in a European final.

That was the final game of the season for Sevilla, an event they marked by lifting the club’s sixth Europa League title in 15 years. Their European success was matched by impressive domestic performance. Julen Lopetegui’s side finished third in La Liga, level on points with third-placed Atlético Madrid and ten clear of fifth-placed Villarreal.

Fast forward to November 2020 and Sevilla are suffering something of a hangover. The Andalusians are sitting 12th in the league table, seemingly unable to replicate the resolute form that marked the second half of the previous campaign.

Jordán, however, has been one of their best players. Argentine playmaker Éver Banega left the club during the summer for Saudi Arabia and was replaced nominally by Ivan Rakitić, who had returned to Sevilla after six trophy-laden years with Barcelona.

Despite Rakitić’s experience and ability, the man taking control of the midfield in Banega’s stead is Jordán. The Catalan is playing with an aggression and seniority that was difficult last season due to the prominence of Banega.

“Last year I can divide into before and after quarantine,” Jordán told Marca recently.

“The first part of the season was fine, but I knew I could take things further and I finished the year in the best form I’ve had here at Sevilla. This season, I know I can take it another step further. I can give even more.

“The year ended so well because I got on better with Éver. He’s a player with a very specific style of play, and you have to learn to adapt to his movements. He would dominate play, and as a result I’d have to go to areas where I wasn’t as comfortable.

“Ivan is of a different profile. He has a real ability to break forward and so much quality. He’s not as demanding of the ball as Éver, who wanted it every play”.

Despite Sevilla’s struggles to replicate last season, Jordán remains positive. As evidenced in that viral clip and the trajectory of his career so far, he’s not one to blow in the wind. Jordán, and by extension whoever he plays for, will fight to the last to strain their potential until it cries for mercy.

“Everything that’s happened to us so far, especially on a negative level, is going to give us great strength,” he said.

“There’s a lot of football ahead of us. We know we’re going in the right direction and we know what our goal is.”

Jordán was born in Regencós, a village in Catalonia. He joined Espanyol’s youth system at the age of 17 after spells with various local Catalan clubs and a couple of years with Poblense in the Balearic Islands. Jordán became a regular for Espanyol B but was only given sporadic opportunities in the first team, failing to impress then-coach Quique Sánchez Flores.

“Jordán was pretty much disregarded by the first team coaches and couldn’t get into the team,” Espanyol supporter Christian tells WFi.

“Then he was forced out for a very minor fee by the same bloke [Sánchez Flores] who thought Marc Roca wasn’t good enough. From my point of view, Jordán always had the potential.

“I was impressed with him whenever I saw him feature for the first team and the B team. But his ability really began to show itself under [José Luis] Mendilibar, a coach who actually had faith in him.”

Before meeting Mendilibar at Eibar in 2017, there was a season-long loan with Real Valladolid. Los Pucelanos had just finished 16th in the Segunda the previous season and were undergoing a period of managerial instability, so when Jordán arrived the club needed an injection of quality.

“Paco Herrera had taken charge a few weeks earlier and proclaimed the arrival of Joan as the piece upon which he would build his rhombus in the centre of the field,” says Real Valladolid supporter Marti Devlin.

“He saw the Catalan as being able to provide stability and rhythm to a midfield that had largely been ineffective. There was also an expectation on him to score goals as well as create.

“His initial period with Real Valladolid was offensively-focused, where his task was to generate danger by stealing possession and filtering play through to the attacking players.

“As the season progressed, he was seen to be more of a shadow leader, acting in the double pivot alongside Portuguese defensive midfielder André Leão to give greater support to the back four.

“Herrera was a very scheme-based coach and perhaps was too rigid in his approach. He kept faith with Joan throughout the season even as his statistical contribution fell short of what was expected because he saw him as bringing consistency to the midfield.” 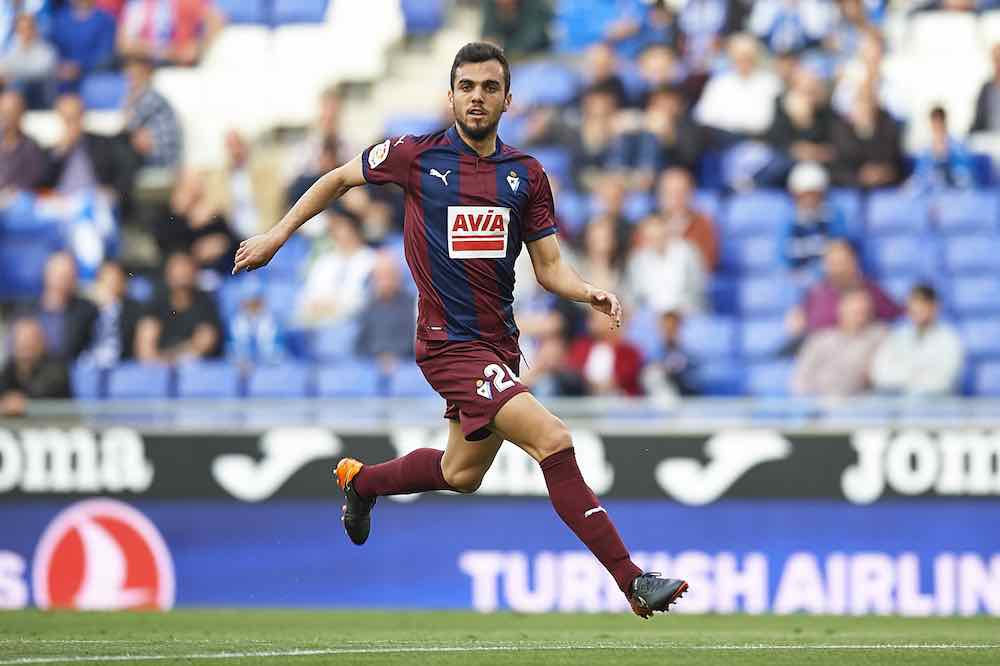 Real Valladolid failed to earn promotion during Jordán’s season there — an event that would have triggered an automatic purchase. Instead, he returned to the Primera to sign for Eibar, a small Basque club that had been punching above its weight in remarkable style ever since they earned promotion for the first time in their history in 2014.

“Jordán arrived at Eibar from Real Valladolid, where he had been on loan from Espanyol as Sánchez Flores somehow couldn’t find a place for him in his team,” Eibar-based journalist Letizia Gómez tells WFi. “Eibar paid just €1m for him but Mendilibar liked him a lot and started him from the very beginning.

“Alongside him was Dani García, then Eibar’s captain, who gave him greater freedom and allowed him to break forward and score goals. Mendilibar played an important role in his development as a player, removing his vices and educating him on the virtues of working hard in defence as well as in attack.

“His true explosion came in his second year, when Garcia signed for Athletic Club. He assumed the responsibility of controlling the midfield and became the brain of the team. Alongside Marc Cucurella, Fabián Orellana, Charles and others, he was an important part of one of the best seasons in Eibar’s history.”

“Jordán was very much integral to their success,” adds Eibar supporter Paul Reidy. “He played a pivotal role in the midfield and complemented the differing talents of García, the grit of the Argentine Gonzalo Escalante and the creativity of Japanese international Takashi Inui, and was one of the most used players by Mendilibar.

“The world to describe Jordán throughout his two years with the club would be consistent. He was one of the first names on the teamsheet and missed just a handful of league games throughout his two seasons at Ipurua, and over the course of his second season it was clear that he would make the step up to a bigger club.” 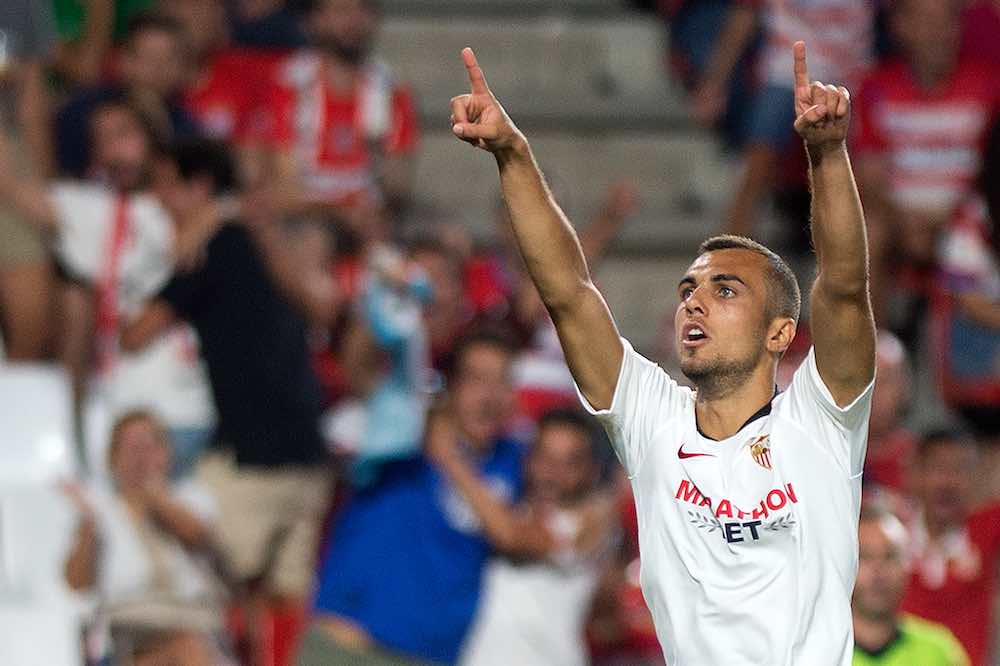 “The big role he’s playing at Sevilla right now isn’t surprising to me because he showed what he can do at Eibar,” continued Gómez.

“I believe he has the quality and mental capacity to become an even better footballer than we’ve already seen. He has it all: accuracy, technique, bravery, character. Everything you need to become a star.”

The next great milestone for Jordán in his career would be a call up to the Spanish senior team. It won’t be an easy feat given the strength that La Roja have in that department, but you wouldn’t doubt Jordán’s ability to exceed expectations.

The story of his career so far has been adapting to circumstances and developing until he elevates to the next level. Now, with an excellent coach in Lopetegui and a midfield partner who’s won it all at club level in Rakitić, he looks well- placed to do it again.

Loading...
Newer Post
Gianluca Scamacca: The New No.9 Making Waves in Serie A
Older Post
The Journey Of Andy Robertson: From Queen’s Park To King Of The World