Gianluca Scamacca: The New No.9 Making Waves in Serie A 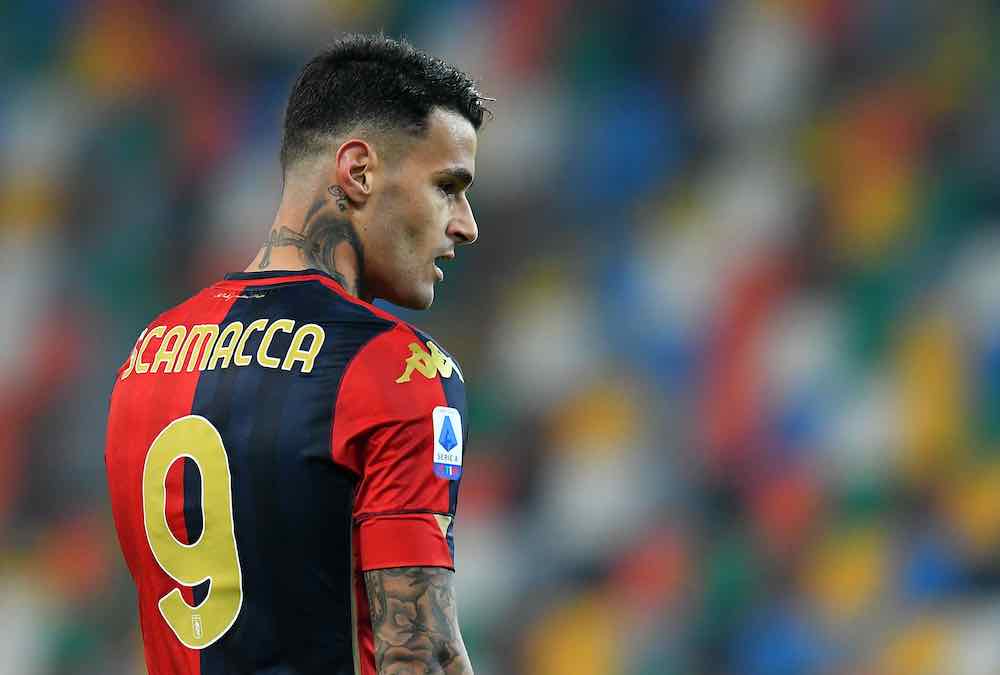 Young Italian striker Gianluca Scamacca has been turning a lot of heads in Serie A.

Scamacca rose through the Roma and PSV youth systems before joining Sassuolo in 2017, and has since been loaned to a variety of clubs.

Though he didn’t feature often with US Cremonese in Serie B or PEC Zwolle in the Eredivisie, Scamacca persevered and was eventually rewarded as he went on to score four goals in five appearances for Sassuolo’s Primavera squad, before breaking out while on loan at Ascoli last season.

The striker scored nine goals in 33 Serie B appearances and added four goals in only two appearances in the Coppa Italia.

With Francesco Caputo occupying the centre forward position at Sassuolo, the Neroverdi loaned Scamacca to Genoa for the 2020/21 campaign, and it didn’t take him long to play his way into the Genoa starting XI.

After making his Serie A debut as a substitute against Hellas Verona, Scamacca opened his Genoa account with a brace in a 2-1 win over Catanzaro in the Coppa Italia.

With Mattia Destro recovering from Covid-19, Scamacca made his first Serie A start in the all-important Derby della Lanterna and didn’t disappoint, scoring Genoa’s only goal in the 1-1 draw.

Though Il Grifone lost their next two matches, Scamacca continued to impress, scoring a against Torino and adding an assist against Roma.

He has also impressed on the international stage. Since joining the Azzurri U21 squad in 2018, Scamacca leads the team in scoring with seven goals and two assists in 12 appearances.

The 21-year-old has the makeup of a true No. 9. He’s tall, fast, clinical and has just the right amount of arrogance. At this rate, and with the current scarcity of true No. 9’s along with the position’s increased importance, it’s only a matter of time before Scamacca is playing for a top Italian club.