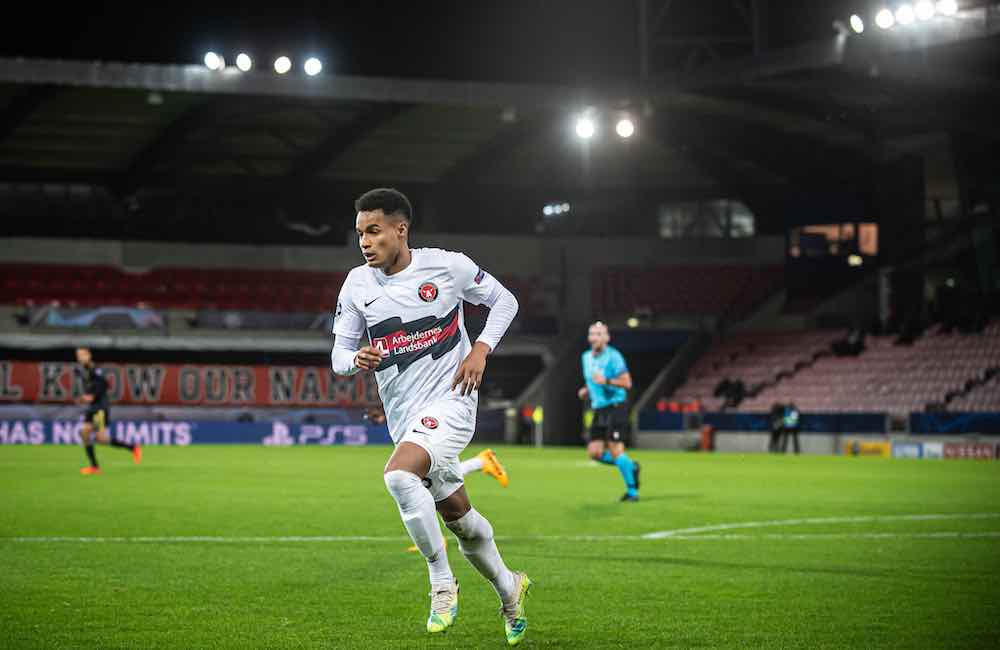 Just last week, Paulinho took to the Anfield turf as he and his Midtjylland teammates faced Premier League title holders Liverpool in the Champions League.

The Brazilian’s journey to this showcase competition goes back to the small São Paulo municipality of Santo André, where he began his footballing career.

“I did my training as an athlete at Santo André and I was able to learn many things,” Paulinho told WFi. “I was very happy to win two trophies with the club and I will always have a special affection for Santo André.”

After signing professional terms, he spent five seasons contracted to the club, during which he experienced loan spells at Santos, Boa Esporte and São Bento — the latter two stints allowing him to enjoy regular first-team football in Brazil’s second tier. 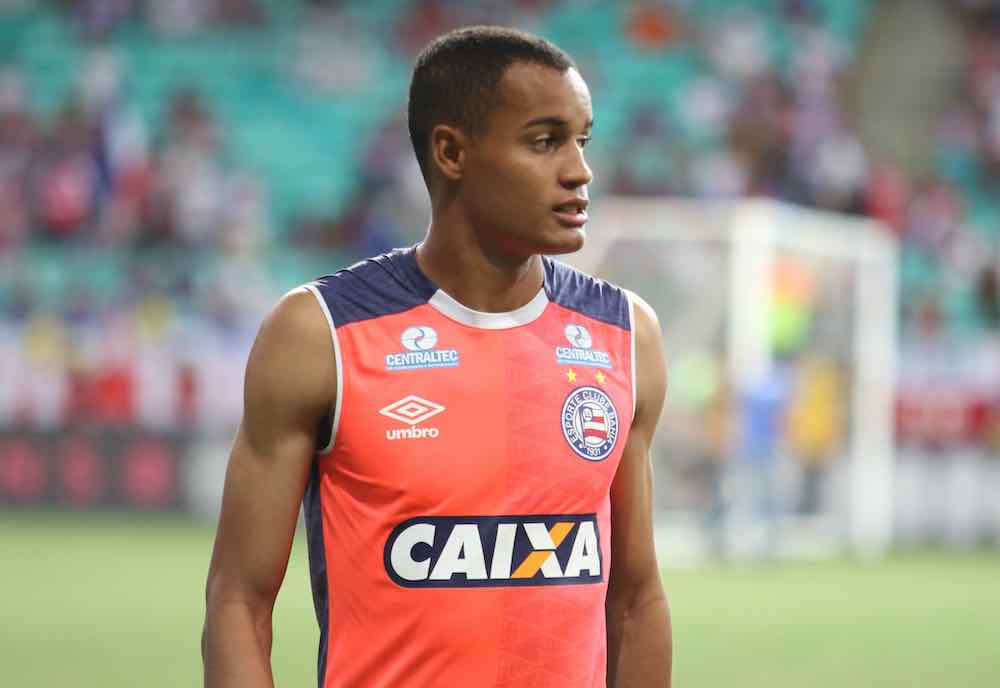 Impressive performances during this period caused top-flight side Bahia to make a permanent move for the then 23-year-old in August 2018. He would go on to play in two campaigns for the north-eastern outfit, playing 17 times before moving to Europe.

“My time at Bahia was special for being the first Série A club in my career, and for getting to know one of the most passionate sets of fans in Brazil,” he said.

On Monday 1 July 2019, it was announced that Paulinho had signed for Danish side FC Midtjylland for a fee of around £630k. The move for the left-back was the first time he had gone to play football in another country, giving him not only a new style to adapt to but also a new culture.

“My biggest difficulty when I moved to Denmark was the difference in the weather,” said Paulinho.

“The Danish winter is very cold compared with Brazil’s, but it is a sensational country. Being able to see another culture up close is something very interesting.

“Danish football has helped me a lot, mainly in my tactical discipline. I like the commitment that they seek to have in relation to it every day.”

Midtjylland play at the MCH Arena in the city of Herning. Known affectionately as Ulvene (“The Wolves”), they are a relatively new club, having been formed in 1999 as a result of a merger of two sides that had been founded several decades prior.

So what was it that made the Brazilian choose to move to Scandinavia?

“What made me agree to come to FC Midtjylland was the fact that it is a club that is always fighting for titles here in Denmark, and that there are two other Brazilians in the squad,” he says.

“That was fundamental to my decision and I believe that if other Brazilians have the opportunity to come and look at the club’s record in recent years, they will also be interested in being part of the club.”

In his debut season in the Danish Superliga, Paulinho made 19 appearances as Midtjylland went on to claim their third league title. This campaign success ensured that Ulvene would enter the Champions League at the second qualifying round stage.

Their first match saw them take on Bulgarian champions Ludogorets Razgrad, a team that have previously reached the Champions League group stage on two occasions.

A late goal from Paulinho’s fellow Brazilian and former Bahia teammate Júnior Brumado ensured the Danish side’s place in the third qualifying round.

There they took on Switzerland’s Young Boys, another team with some history on the continental stage — most notably, a European Cup semifinal appearance in 1958-59.

This time Midtjylland put in a dominant second-half display to win 3-0, thus setting up a two-legged affair with Slavia Prague for a place among Europe’s elite.

In a tightly fought first leg at the Sinobo Stadium in Prague, the Danes earned a creditable 0-0 draw. A week later in Denmark, an early away goal from Slavia forward Peter Olayinka put the Czechs in the driving seat. However, Paulinho and his side didn’t give up hope, ultimately running out 4-1 winners as Midtjylland made history by qualifying for the Champions League group stage for the first ever time.

The 25-year-old can take particular pride in this feat, as he played every minute of the preliminary phase.

“I was very happy to be part of the achievement of winning the Danish Super League — my first national title — so it is something that stands out a lot in my career,” he said.

“The Champions League playoffs were three very difficult ties as we expected; we faced three great teams with excellent squads, but we were determined to seek our place in the group stage.

“Playing these types of games is always an exciting challenge and thank God everything went well.”

On his aims for the future, Paulinho adds: “My goals at the moment are to have an even better season than last season and to be able to help my teammates in the best possible way, one step at a time, so that we can see what the future holds.”