Sebastian Soto: The Norwich And United States Striker With An Open Future 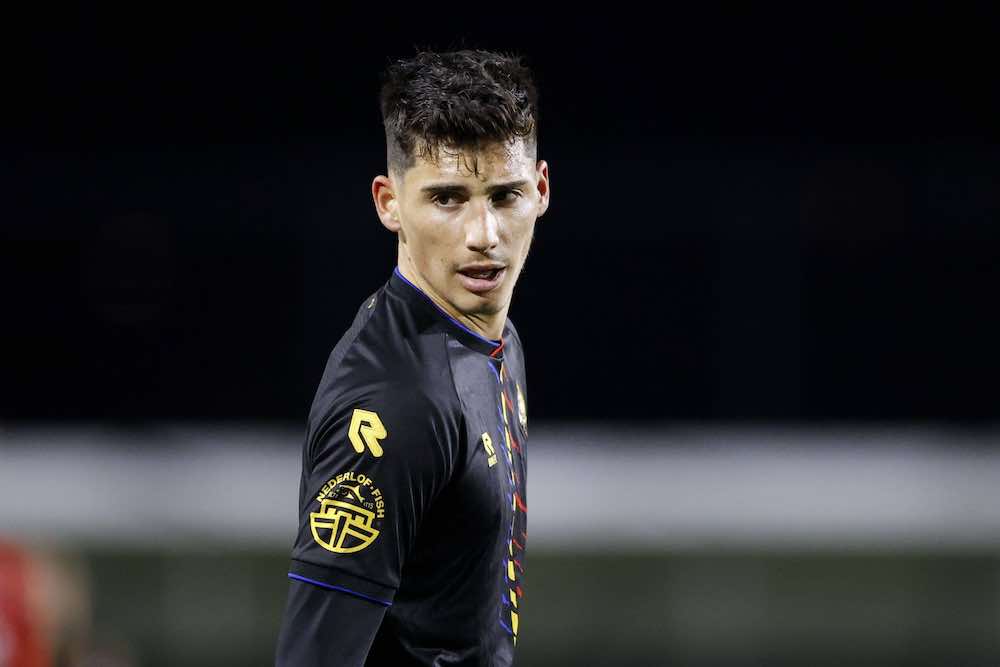 It’s been an exciting season so far for 20-year-old striker Sebastian Soto. After securing a move to Norwich City, he swiftly moved on loan to SC Telstar and then on November 17 made his debut for the United States national team, scoring two goals in a 6-2 friendly victory over Panama after being subbed on in the 77th minute.

Many promising American youngsters are making a name for themselves in many clubs across Europe. Soto is another player with great style, wisdom, and some American footballing arrogance. So why isn’t he playing for Norwich yet?

A debut assist for Richie Ledezma, and a debut goal for Sebastian Soto. #USMNT restores its two-goal edge

There is one simple reason for this — work permits. Before joining Norwich, Soto had played for 2.Bundesliga club Hannover 96. It is considerably easier for American and many other non-EU players to get permits to play in Germany than it is in the UK.

In most cases, non-EU players whose countries are outside the FIFA top 10 have to play 60% of their country’s games over a year-long period (or two years if they are over 21) in order to gain a permit.

Current permit regulations look likely to change once the UK leaves the European Union, and it could be easier for British clubs to sign non-EU players. But anyone with a lick of Brexit knowledge knows that all of this remains a huge uncertainty.

So what can Norwich fans do about a young dazzling striker who can’t yet play at Carrow Road? The best option is to look on the bright side. Soto’s appearance against Panama means we are moving closer to seeing him in a Norwich shirt, but what is more important is seeing a player so clearly flourishing, even if we wish he could produce his magic at Carrow Road.

Beyond the national team, Soto’s strike-rate at Telstar has been solid. He has scored five goals in eight appearances (five starts) for the IJmuiden club, including this piece of brilliance against Helmond Sport.

Soto also plays alongside another Norwich loanee, midfielder Daniel Adshead, who has also featured regularly for the Dutch club this season.

The Eerste Divisie is a league Norwich are interested in loaning to, having previously accommodated hometown hero Todd Cantwell, who gained valuable experience with Fortuna Sittard. Telstar have become a favourite loan team for Norwich following the loan of Charlie Gilmour last season.

If he does play for Norwich, Soto will be the Canaries’ second American player after Zak Whitbread. Norwich’s American connection has expanded since 2019, not only with the signing of Soto but also a partnership with USL Championship side Tampa Bay Rowdies. The partnership saw defender Caleb Richards move there on loan, making 34 appearances.

Away from this, Soto is a man of many heritages. An American by birth, he also is of Mexican and Chilean descent. He was called up to the Chilean squad in September, but rejected the call.

Although he’s played for the senior team in a friendly, and for many of the American youth national teams, there still remains the possibility that Soto could play for Chile, but it now seems unlikely.

It’s unlikely that Norwich fans will see Soto playing for them this season, but he still has a huge opportunity to impress, not only with his national team, but also in his loan spells.

Loan manager Neil Adams hinted that if Soto continues to impress at Telstar, it is likely that he could move on loan to a higher profile club.

Whatever happens, Soto is one to watch and Norwich fans should be delighted with the prospect of him playing the yellow and green in a not so far future.

Loading...
Newer Post
Taking the Bull By the Horns: How New York Red Bulls Propelled Themselves Into The Playoffs
Older Post
What Does The £300m Government Bailout Mean For Football?